Competition debut scheduled for the Alpine A110 GT4 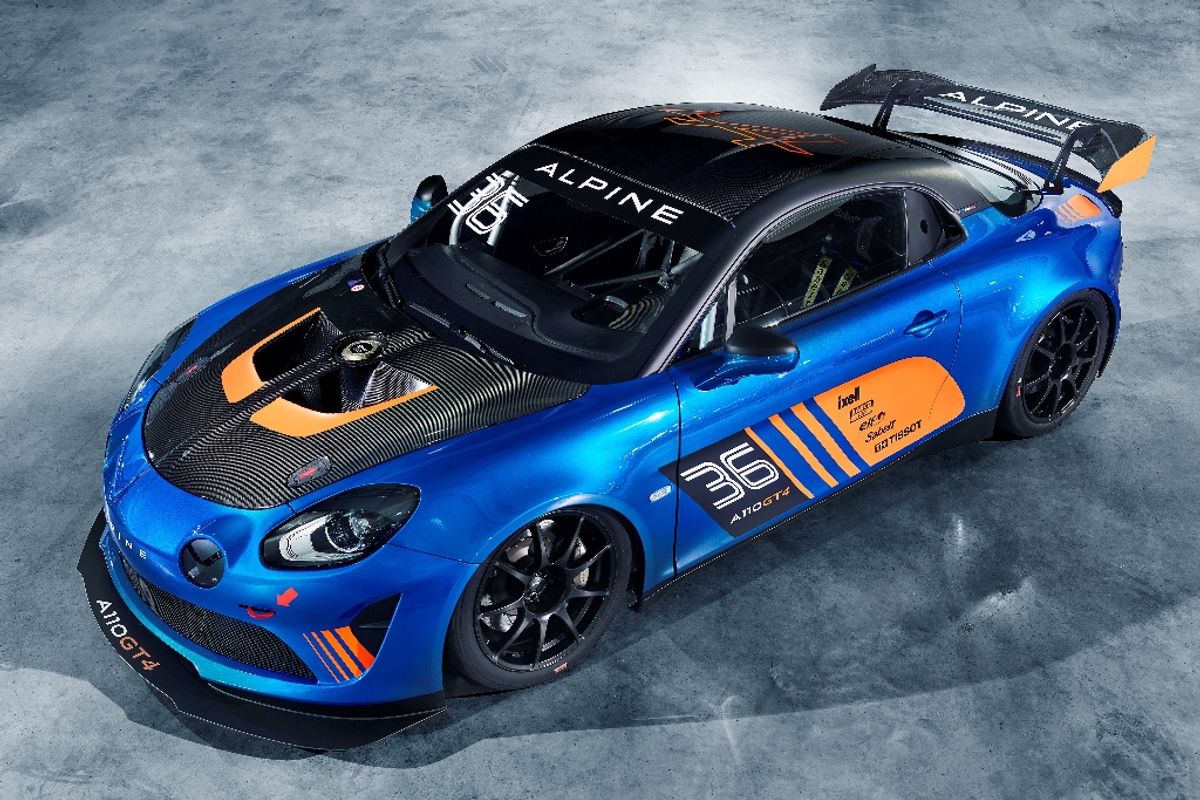 Since the Alpine A110 GT4 was revealed at the Geneva Motor Show it has created enormous enthusiasm among teams, drivers and motor sport fans. The first two cars will be run by the CMR team from early summer onwards.

Fine-tuned by Signatech, the GT4 version of the Alpine A110 uses the aluminium chassis and the double wishbone suspension from the series production model. The GT4, which is being developed in parallel with the A110 Cup, has received additional modifications, in particular to the aerodynamics and the 1.8-litre 4-cylinder turbocharged engine.

The Alpine A110 GT4 is now homologated and is eligible for multiple championships to battle with cars from other prestigious manufacturers. The first two A110 GT4s have been acquired by the CMR team, which will run them in the FFSA French GT Championship and the European GT4 Series.

The car’s competition debut is scheduled for the Dijon meeting (14-15 July), which is also hosting a round of the Alpine Europa Cup.

In the meantime, the Alpine A110 GT4 will be revealed this weekend as the car will be on show in the Coupes de Pâques paddock at Nogaro (31 March – 2 April).

Philippe Sinault, Signatech manager: “Signatech has looked after the design and development of the Alpine A110 GT4, but in races it will be run by partner teams that will enjoy our technical support at the events. We’re very pleased to have concluded this agreement with the CMR team, whose proven technical and sporting potential will enable the car to show its qualities in the second part of the season. We’re already in discussion with other teams that would like to enter Alpine A110 GT4s for the 2019 season.”

Charles-Antoine Bourachot, CMR manager: “We’re very proud to be the first team to run the Alpine A110 GT4, one of the major newcomers of the 2018 season.  Generally speaking, Alpine generates a great deal of enthusiasm and all the fans are looking forward to seeing it doing battle with other makes. Our cars will be driven by Soheil Ayari - Nicolas Tardif and Stéphane Tribaudini - Pierre-Alexandre Jean who can’t wait to get behind the wheel!”