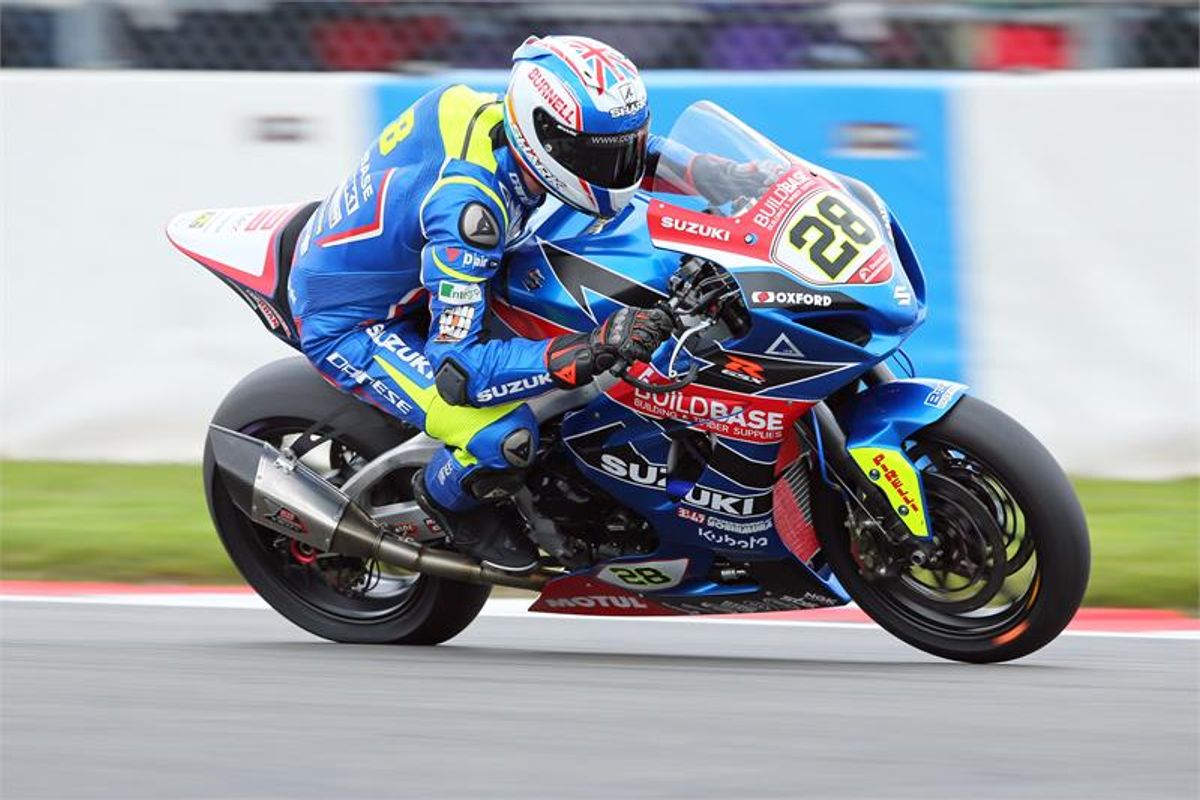 The Buildbase Suzuki team was in dominant form at Donington Park for the opening round of the Bennetts British Superbike Championship, as Bradley Ray did the double on his GSX-R1000 Superbike, while Billy McConnell also took a win in the National Superstock 1000 series.

Inclement weather conditions played havoc with the schedule and saw the first of the weekend’s two Superbike races brought forward from Monday to Sunday. Despite the cold, the race took place in the dry, and saw Ray make a lightning start from his third-row grid spot to slot into third place by Redgate. It wasn’t long until the youngster had assumed the race lead, pulling a healthy advantage at the front. He had to fend-off a late charge from James Ellison and Shane Byrne but held on to take his and the team’s first win of 2018.

Ray started today’s race from Pole Position and grabbed the holeshot, threading his way between the track’s wet patches on his GSX-R1000 as he ran away at the front, his lead at the end of lap one more than two seconds. From there, he managed the gap and took his second win of the weekend, this time by 3.4-seconds, to leave the Leicestershire circuit with the championship lead.

“Yesterday’s win took a while to sink in to be honest, so to get another today is just unreal. The team have worked so hard over winter to improve the bike further, and we’ve really got a package we can use to fight for wins. After last season, the aim this year was to get closer to the front and try and consistently fight for the podium and hopefully some wins, so for not one but two to come right away is unbelievable. I felt like I could lead yesterday, and I wanted to be at the front. Shakey and Ellison closed up on the final lap, but we kept it together. Today, I just wanted to lead again, get through the damp areas first, get into a rhythm and try and pull a gap. The pace picked up as the laps went by, but I felt comfortable, could manage the gap; and could pick up another win. I must say ‘thank you’ to the team; the bike worked brilliantly. We’re not getting carried away but we’re going to Brands Hatch feeling confident.”