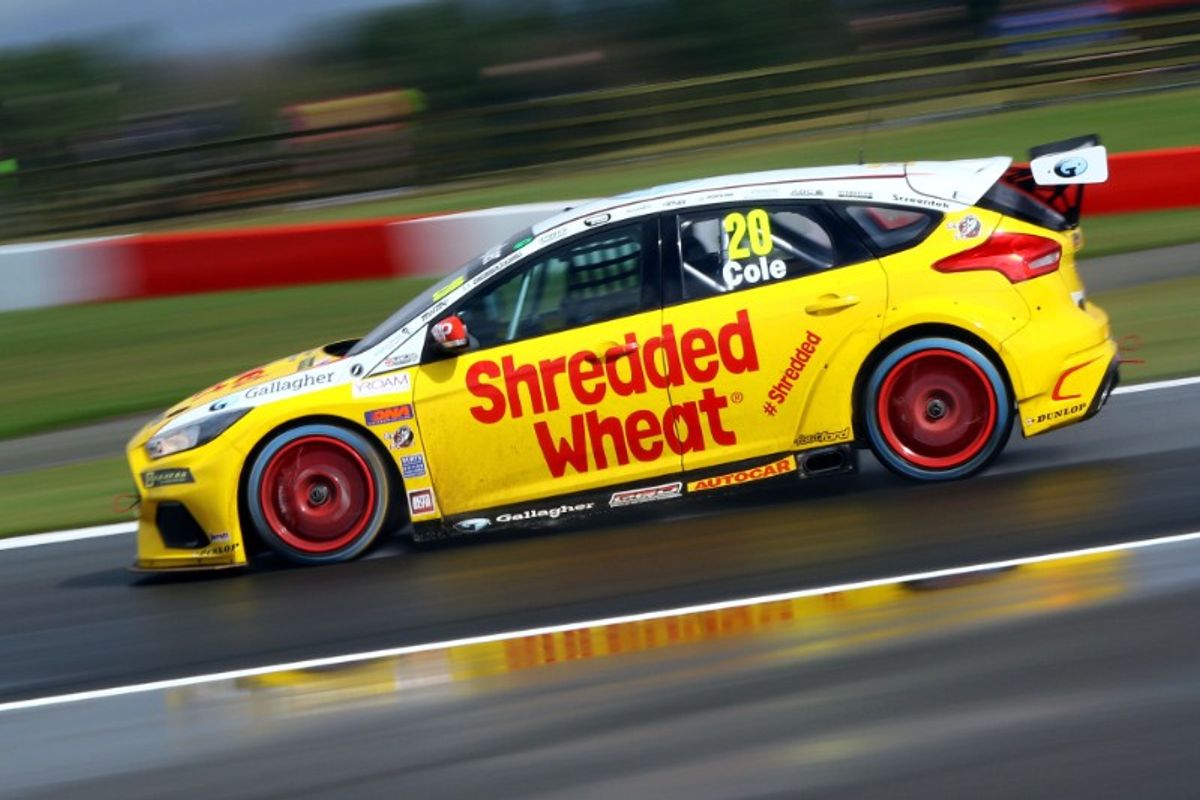 Team Shredded Wheat Racing with Gallagher is hoping that home advantage plays a part in the Dunlop MSA British Touring Car Championship season opener this coming weekend, with the squad aiming for a strong start to its 2018 title challenging campaign at Brands Hatch (April 7-8).

With an unprecedented 17 race winners confirmed and a capacity 32-car grid, the BTCC’s 60th Anniversary year looks set to be a season to remember and Team Shredded Wheat Racing with Gallagher is looking to stamp its mark on the championship battle early on.

2010 BTCC Indy Champion Tom Chilton joins the Kent-based team fresh off the back of his successful World Touring Car Championship season where he clinched the Independent Title and finished the season third overall against the might of the manufacturer-backed competitors. Tom comes with a formidable BTCC pedigree with 12 race wins, 45 podiums and 12 pole positions to his name.

James Cole has also returned to the Motorbase fold after last racing with the team during its part-season campaign in 2015. James has spent the last two seasons as part of the Subaru-manufacturer squad where he took his maiden BTCC pole position and race win at Rockingham last season.

One of the biggest stories to break over the winter was the team’s move to the new Ford Focus RS for its 2018 campaign. It’s been 25 years since the iconic RS badge last competed in the BTCC and the Focus has benefitted from a series of upgrades during the closed-season and now bears the distinctive styling of the latest RS model.  The re-worked machines have already impressed on their early pre-season outings, with Tom Chilton setting the second-fastest time during the first official BTCC test session at Donington Park just last week.

Motorbase Performance has enjoyed many successes on its home circuit over the years and has a great history on the flowing Indy circuit. The team celebrated its first ever BTCC win here back in 2009 and with the squad’s sights set firmly on challenging for the highly-coveted BTCC title this season, podiums and silverware are high on the agenda for the opening rounds.

The 2018 Dunlop MSA British Touring Car Championship season gets underway with rounds 1, 2 and 3 held at Brands Hatch Circuit, Kent on April 7/8. Live coverage of Sunday's events will be shown on ITV4, ITV4HD and via the ITVhub from 10:15 – 18:15; with itv.com/btcc featuring live timing and streaming of Saturday's qualifying session between 15.15 – 15.45.

Oly Collins Team Manager:
“A new look car, 2 new drivers, a lot of hard work from the team over the winter and we're ready for round 1. We've done more testing than ever; over 5,000Km cumulatively across the team and more detail in the workshop means that we feel more prepared than ever before. It’s been a very busy winter. There has been a lot of change to the look of the team. The fresh approach from the drivers has been outstanding and we've had a very productive test program supported by impeccable reliability from the technical team behind the scenes.

“James and Tom have settled in really quickly and it feels like they've been here for ages. The atmosphere in the camp is a very positive and happy one. The pace of the new RS looks positive from the official testing we've done, but we only know what we're doing, not what everyone else is up to! We'll only find out where our rivals are at about 4pm on Saturday. One thing is for sure, as is always the case in the BTCC, it will be very close and qualifying will be key to a strong weekend at Brands Hatch.”

#3 Tom Chilton:
“The car is in a sweet spot at the moment which is every drivers dream. We’ve had a great pre-season testing programme, and we’re all working together really closely as a team. The relationship within the team is really strong already and team spirit is high.

“It was great to be at the top of the timing sheets on media day, and although you can never read too much into that I think we are in good stead and it’s a positive position to be in heading into the first race weekend.

“Brands Hatch is my favourite circuit, it’s both mine and the team’s local circuit and I’ve held lap records there for over 3 years so I’m really excited to start the season off there this weekend.”

#20 James Cole:
“It was great to be out running against the rest of the grid for the first fully competitive session last week. Overall, it was a great afternoon’s running for us and although you have to take the results with a pinch of salt on media day, our pace in the wet especially showed the potential of the package we have.

“I’m really excited about this season. I’m in the best position I’ve been in since coming into the BTCC. The RS has really come on leaps and bounds from the ST days and I can’t wait to get to Brands Hatch and show our true potential.”