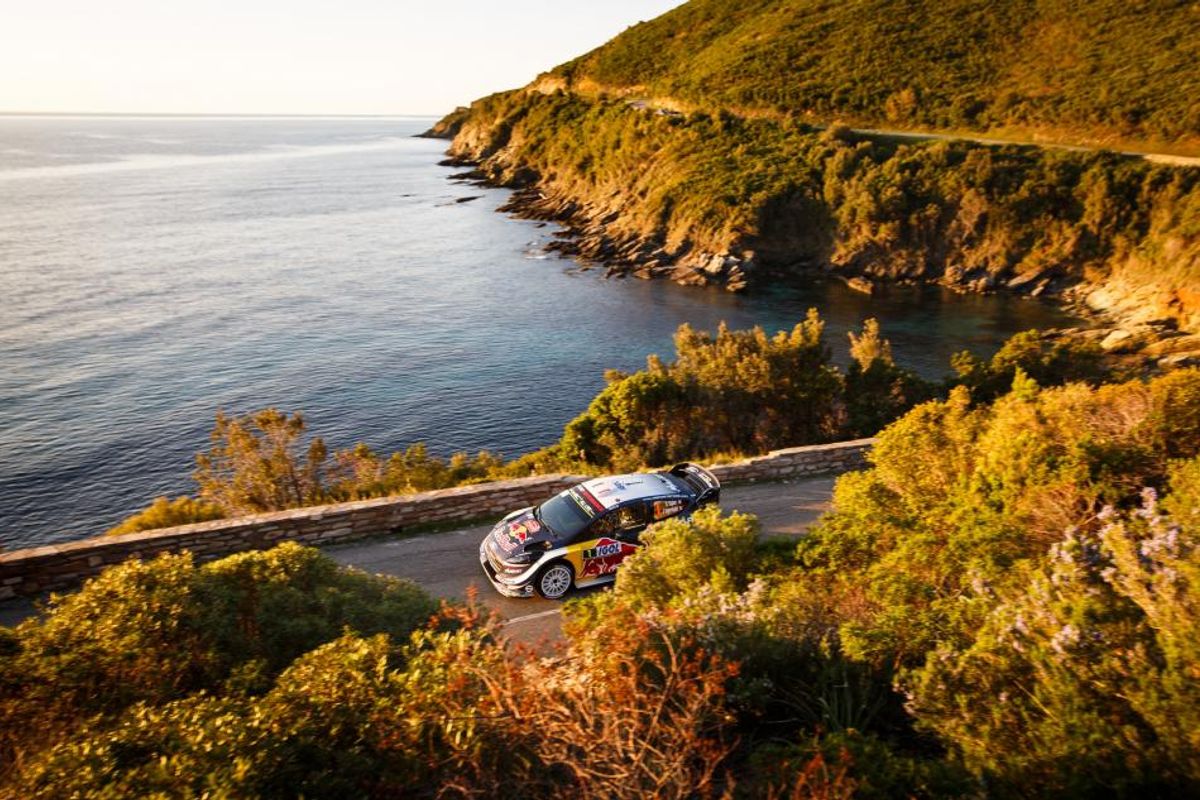 OGIER ON TRACK FOR VICTORY; THREE-WAY FIGHT FOR SECOND AS MEEKE GOES OFF

Without ever needing to drive flat out, the FIA World Rally Championship leader ended Saturday's penultimate day with a 44.5sec advantage after six speed tests in the northernmost tip of the Mediterranean island.

In contrast to Friday when the world champion won three of the four speed tests in his Ford Fiesta, he drew a blank today, preferring a measured pace which still proved sufficient to leave him with a comfortable lead ahead of Sunday’s finale.

“Anything can always happen but I don’t take the extra risk and I feel like I’m still in control. I feel comfortable, but if someone says they are 100% in control they’re lying. We must stay focused,” he said after 136.90km of narrow, twisty asphalt and untraditional faster sections.

A fierce fight for second involving four drivers ended with Ott Tänak snatching position by a tenth of a second from Thierry Neuville in the final Novella test, as Kris Meeke crashed his Citroën C3 into retirement after mishearing a pace note.

Neuville and Meeke started the 17.39km stage tied in second. Handling issues blighted Neuville all afternoon after set-up changes had an adverse effect on his Hyundai i20, and Estonian Tänak capitalised to leap from fourth to second in the final kilometres.

The disappointment was acute for Meeke, the third year in succession that the Ulsterman has retired on this stage.

Just 10.3sec further behind in fourth was Esapekka Lappi. The Finn produced the drive of the day in his Toyota Yaris after suspension and differential changes transformed his confidence. He won two stages to reel in those ahead and has a podium in his sights.

Dani Sordo and Elfyn Evans were evenly matched all day. Sordo ended fifth in his i20, with a 3.1sec advantage over the Welshman who lost time after stalling his Fiesta’s engine and being too hesitant on the tricky mountain roads.

Sunday’s finale comprises just two stages, but brings a sting in the tail. The opening 55.17km test from Vero to Sarrola-Carcopino is the longest in the rally since 1986. It is followed by the live TV Power Stage, with bonus points for the fastest five drivers.