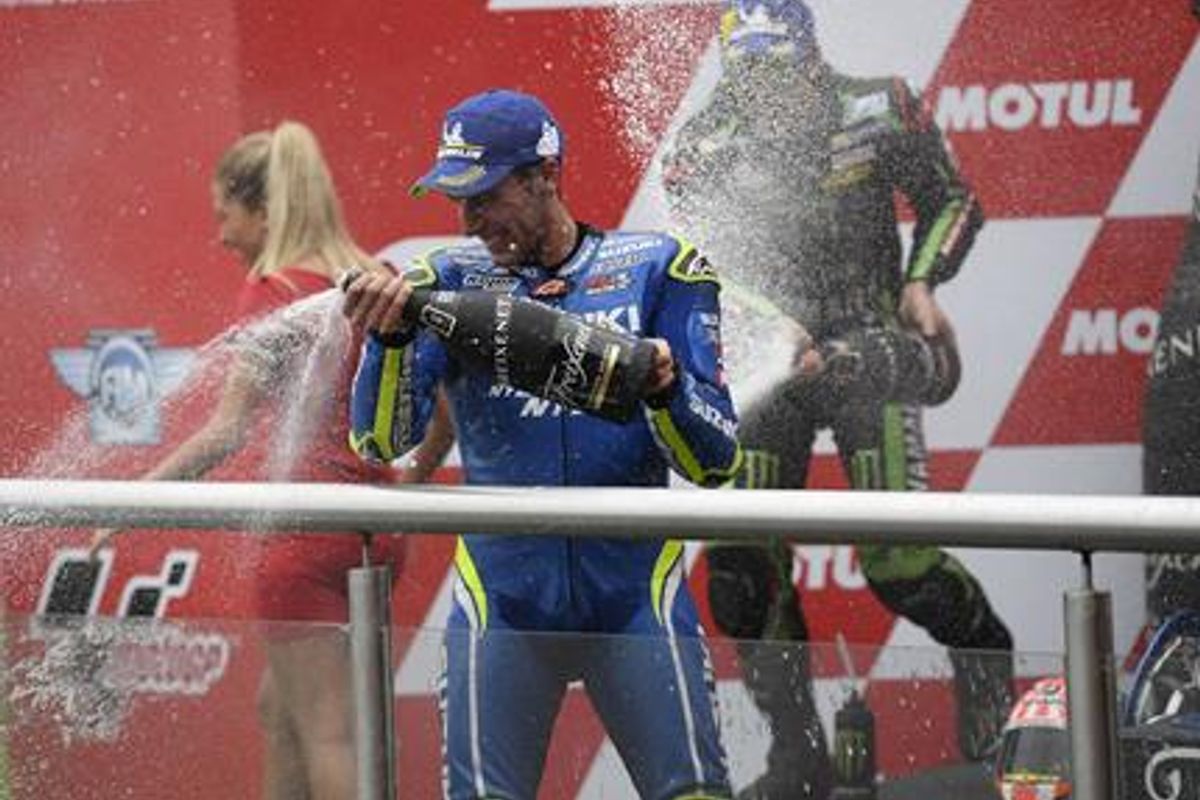 The GP of Argentina had plenty to offer, even before the lights went out; a delayed start due safety concerns as weather conditions changed and many riders wished to switch tyres, meant tensions were running high. However, this did not impact on the focus of Alex Rins and Andrea Iannone and the pair made good starts from their newly formed grid positions.

Alex Rins was able to slot into 5th place in the opening moments of the Grand Prix, and as he was settling into his race rhythm he gained and lost some positions as the battle was getting fierce. Alex stayed with the small lead group and attempted to take to the front several times before briefly making it stick with 9 laps to go, spectacularly smoking his rear tyre as he did so. With mixed track conditions and drama happening all around him, the 22 year old kept his concentration and rhythm and entered the last lap in 3rd place, a position which he brilliantly held until the chequered flag. This marks his best ever result in MotoGP.

Andrea Iannone was able to make good progress on the opening few laps, passing Smith and Rossi to take 8th place. As the race wore on the Italian lost some ground, but was able to regain positions as others faltered around him. At the end of the race he was able to finish within the Top 10 - a valuable 8th place, and gaining decent points. This was especially important after Andrea struggled with settings during the wet weekend and could not qualify as high as he’d hoped.