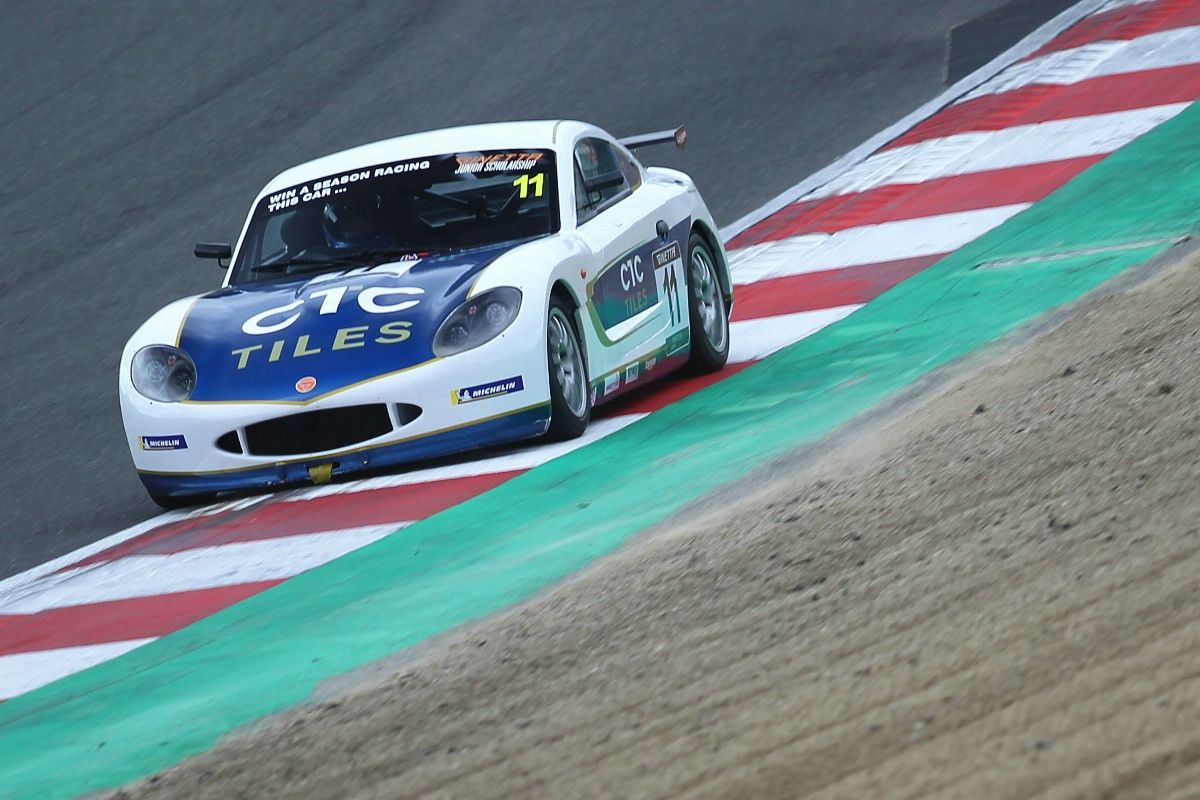 The  team went into the opening meeting of the season on the short Indy circuit ready to challenge at the sharp end of the grid with an expanded four-car team featuring second year drivers Luke Browning and Matt Luff, alongside rookies James Taylor and Emily Linscott.

Qualifying saw Luke leading the team’s challenge as he put his car fifth on the grid for the opening race, with Matt lining up in eleventh, James in 13th and Emily in 16th – all within 1.2secs of pole position.

A frenetic opening race would see the quartet firmly embroiled in battles from start to finish, with Luke spending the entire 18 lap encounter dicing for fourth place with rival Louis Foster. Despite his best efforts to find a way through, and despite briefly edging ahead, Luke had to settle for fifth spot at the finish and some solid points to kick-start his title challenge.

A strong start from Matt saw him jump up to seventh on the opening lap and he soon found himself running behind Luke in P6. Despite putting in arguably his best drive since joining the team, a combination of being forced off track and a penalty for exceeding track limits resulted in a wholly unrepresentative 18th place finish - and it was a similar story for both James and Emily.

Contact early on saw Ginetta Scholarship winner James tipped into a spin that him dropped towards the tail end of the field before he recovered back through to eleventh place, whilst Emily looked well placed to secure a top ten finish as she stormed up to ninth, only to slip back down the order when damaged suspension affected the handling of her car and left her lucky to make the finish.

Race two would see the quartet faced with the added challenge of rain, with Luke again the best placed on the grid in P4.

A strong start saw him move up to third on lap one and by lap three he had moved into the lead of the race – immediately setting about trying to build an advantage out front. A locked brake going into Graham Hill Bend on lap six however saw Luke drop back to fourth and some six seconds away from the leaders before a stunning recovery drive saw him chase down the two cars ahead. Seeing his chance in traffic, Luke reclaimed second spot on lap twelve and was back in front two laps later before maintaining his position to the flag for his, and the team’s, first win.

Starting in eleventh place, Matt would show solid pace throughout the race to work his way into the top ten and crossed the line in seventh place, just ahead of James who recovered well from a poor start to take eighth place and his maiden top ten finish.

Emily meanwhile found herself in the wars early on when one of her rivals forced her wide into the gravel at Clearways and she dropped to the back of the field. However, she recovered well to chase down the cars ahead and worked her way back through to 14th place.

“Although we have previously won races and championships in the Ginetta Supercup, this is only our second season running in the Junior Championship so we’re delighted to have picked up our first win,” Team Principal Gwyn Richardson reflected. “We laid the foundations for this last season, and over the winter, we have worked hard to put together a team that is capable of challenging for top honours in what is a very competitive one-make championship.

“Luke deserved his victory after a hugely impressive drive in the second race but as a team, we are delighted with the performance of all four drivers. Despite his lack of testing, Matt’s driving was the best it has been since he joined us towards the end of last year and Emily’s performance showed how much she has improved with the testing she has done during the winter.

“Although he understandably showed some nerves, James also did a great job on his first weekend in the series and I think the performance at Brands Hatch bodes well for us as a team for the remainder of the year. This certainly won’t be the last time one of our cars is on top of the podium this season.”

Luke Browning, #11 (Kingsley, Cheshire), said
“Race one was one of those where I had to settle for the position as there was no way to find a way through but race two was just amazing.

"The team gave me a great car and it helped me to get to the front and then I locked the front right into Graham Hill Bend and ran off track. The team has always told me to stay calm in the car and that was what came into my head, so I knuckled down and just focused on trying to catch the guys ahead.

“The traffic helped a bit and when I caught them, I knew I had to make my move quickly and try to catch them unawares. It’s a fantastic result and I’m so happy for the team because they’ve worked hard for this.

"I was really keen to try and get a win early in the season and now it’s done, I want to try and repeat this result when we go to Donington Park.”

James Taylor, #66 (Rotherham, Yorkshire), said
“Race one was quite difficult but I prefer wet conditions so when I saw the weather on Sunday morning I was quite happy.

"I made an awful start and lost places so to come back through to finish inside the top ten for the first time is really good and something I’m really pleased with. It’s also amazing to be taking away a rookie podium from my first weekend.

“Overall, I feel I have been able to learn a huge amount this weekend and there is a lot that I can carry forwards to Donington Park and try to build on what I have learned here.”

Matt Luff, #72 (Romford, Essex), said
“I hardly did any running before the season and it was a late call to join the grid this year so in that respect, I think it’s gone quite well on track.

"We showed that we have the pace to run towards the sharp end of the grid and now we just need to add the consistency.

“As a driver I’m disappointed with the results on paper as I know we could have been higher in both races, but I’m sure that when we head for Donington Park, we should be able to challenge for some strong finishes.

"It's a circuit where I went well last year and I'm confident that I can be right in the mix when we return in a couple of weeks - especially now I have some more time in the car behind me."

Emily Linscott, #99 (Langdon Hills, Essex), said
“I think my level of maturity in the car was the best it’s ever been, as was my confidence behind the wheel. The results don’t show the improvement I feel I have made and I think the two races are the best I have ever driven.

“The opening race in particular was the one that made me really feel that I should be on the grid, as it showed that I have the pace to go out there and race. It was unfortunate that some contact resulted in damage to the car and I was lucky to keep it on track to the finish. I certainly could have had a top ten result.

“Race two was always going to be tough after being forced wide early on but I kept my head down and it was good to fight back up to 14th by the finish. I’m looking forward to Donington Park and building on this weekend.”