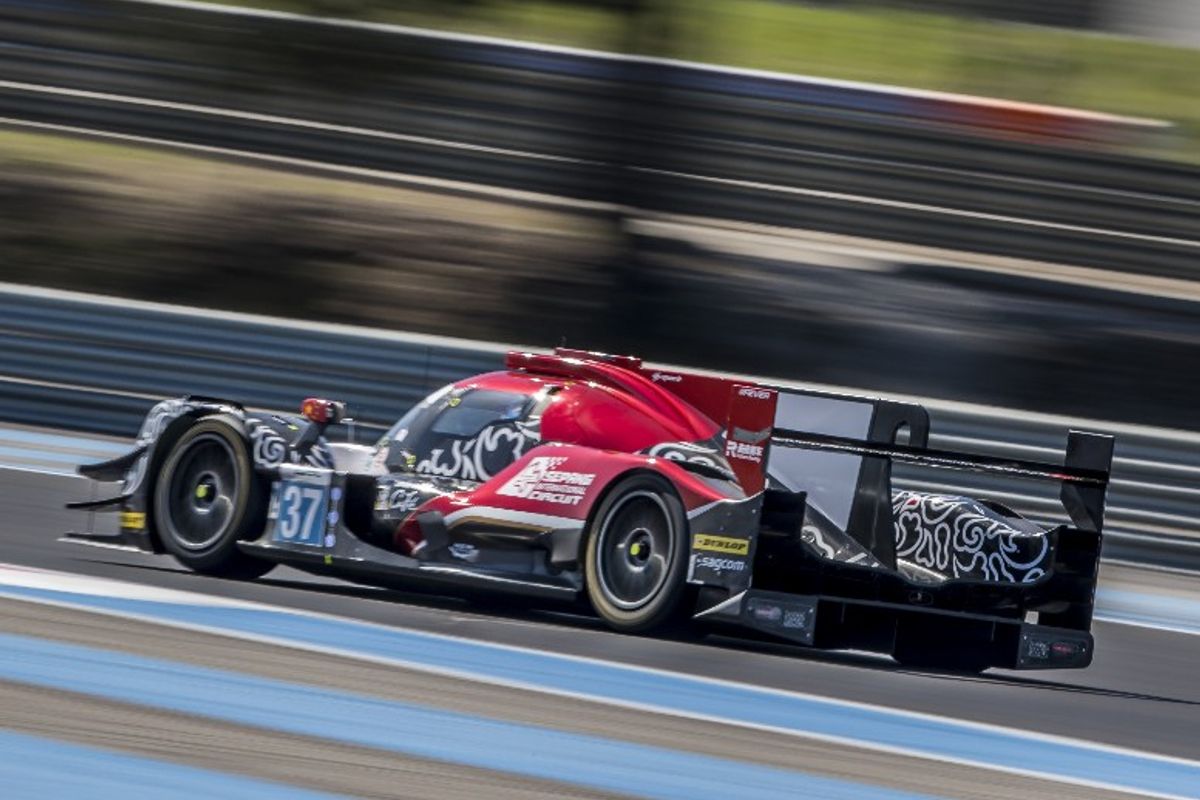 Weiron Tan is ready’for the challenge ahead as he prepares to tackle the  FIA World Endurance Championship (WEC) Super Season in 2018/19, following a promising Prologue performance at  Paul Ricard in southern France that gave him his first chance to get to grips with Jackie Chan DC Racing x JOTA Sport’s ORECA-Gibson 07.

Off the back of his eye-catching results in the Asian Le Mans Series and China GT Championship over the past year, Tan was recently recruited by the reigning Le Mans 24 Hours class-winning outfit to form part of an historic all-Malaysian line-up in sportscar racing’s premier global series, in which he will share the #Fortunecat37 entry with team-mates Jazeman Jaafar and Nabil Jeffri.

In company with their LMP2 rivals, Tan and his countrymen took to the track in perfect conditions at Le Castellet to evaluate a range of set-up options during the official FIA WEC pre-season test – the first time that all of the series’ protagonists have come together in public.

The highly-rated Malaysian Chinese racer completed a total of 74 laps over the two days, proving to be the fastest of the talented three-strong crew as he settled swiftly into the rhythm, focussing primarily on familiarising himself with the car, traffic management and conducting long runs on high fuel loads – a key factor in endurance racing.

In a discipline in which consistency is every bit as important as out-and-out pace, the fact that all three drivers were evenly-matched on the timesheets was an encouraging sign – and although chasing the stopwatch was not a priority, for Tan to wind up eighth-quickest amongst the 22 high-calibre LMP2 competitors and barely a second shy of the class benchmark around the 5.861km-long lap was immensely impressive.

Now, all attentions are turned towards the curtain-raising 6 Hours of Spa-Francorchamps on 5 May, held at the legendary Formula 1 venue nestled deep in Belgium’s Ardennes forest, which itself will serve as a dress rehearsal for ‘the big one’ – the Le Mans 24 Hours, an iconic event that features twice on the 14-month Super Season calendar.

As Jackie Chan DC Racing x JOTA Sport puts the finishing touches to its preparations for the rapidly approaching FIA WEC campaign, 23-year-old Tan is in optimistic mood – and eager to show what he is capable of at international endurance racing’s undisputed and fiercely-contested pinnacle.

“What an experience!” enthused the former Caterham F1 Academy member, who only steered his burgeoning career from single-seaters to sportscars a year-and-a-half ago. “It was a very positive test overall.

“Ultimately, the Prologue was all about learning as much as possible, with a lot of information to absorb in a short time – particularly with all the new systems in the car – but I think we did a good job. The team was excellent, we conducted our programme as planned without targeting outright lap times and we made a lot of progress together over the two days.

“The ORECA 07 is just an amazing piece of kit – probably one of the best cars I have ever driven. It’s an upgraded version of the previous 05 model that we raced in the Asian Le Mans Series, with more power and downforce. I’m really looking forward to the first round at Spa next month and with our continuous hard work and dedication, I’m confident we will be ready for this challenge!”

“We did a lot of work on set-up and long runs, trying to build a good foundation instead of setting blinding fastest laps,” corroborated Jackie Chan DC Racing co-founder, David Cheng. “We also paid attention to the details of the new Dunlop tyre and developing a better understanding of it. All-in-all, it was a really productive and successful two days. All of our boys are ready for Spa, I think we are well-prepared and we are really looking forward to kicking the season off.”