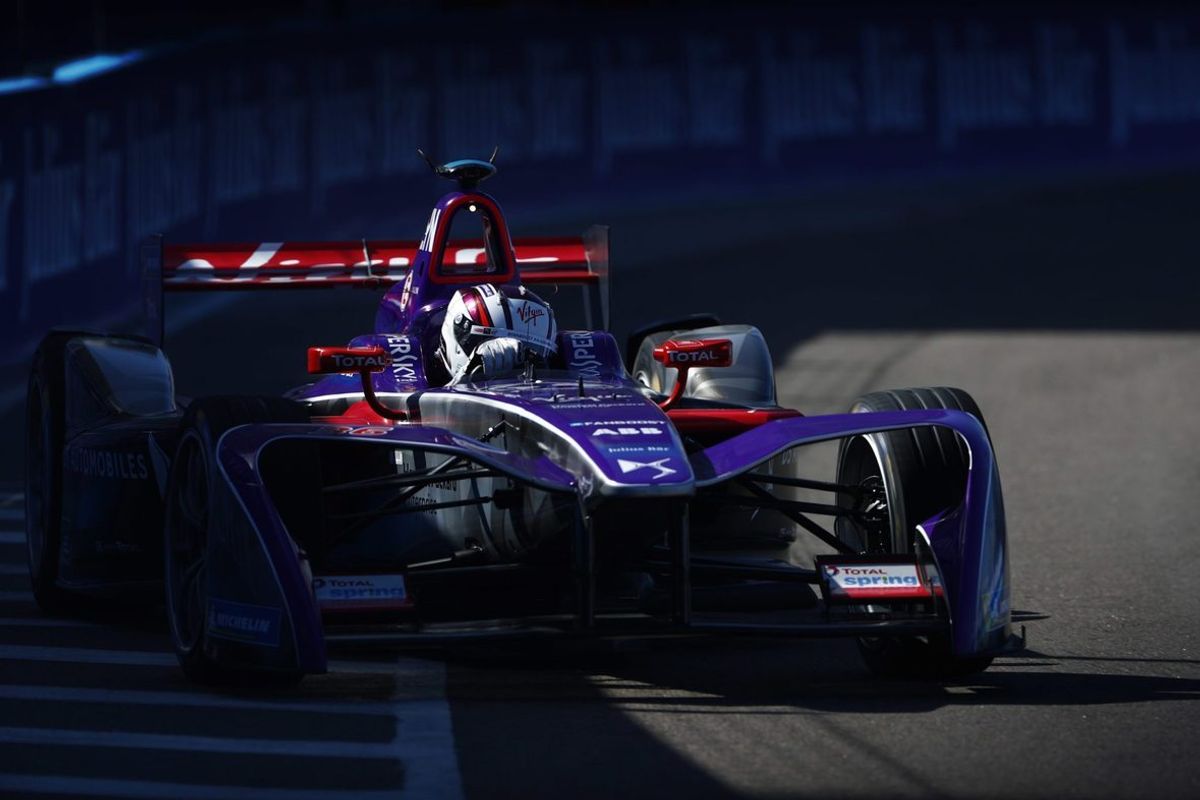 "I'm really looking forward to racing on the streets of Rome..."

I’ve arrived in Rome for the first European round of the FIA Formula E Championship with DS Virgin Racing, and I’m really looking forward to racing there.

I’ve always enjoyed racing in Italy, not only in my car racing days but right back to my time in karting. There’s a track just up the road from Rome called Vallelunga, where I won a round of the FIA Formula 3 European Championship in 2013, but of course this time we’ll be racing on the streets of the capital.

As with our trip to Santiago in February, the Rome circuit is a new one for everyone, so as a rookie I’m looking forward to being on a track where no one has the advantage of experience. I had a full day on the DS simulator in Paris on Wednesday before we flew to Rome, and when we arrived in the evening we heard that a lot of people in the city had been going crazy since the football team’s amazing win over Barcelona the night before in the Champions League quarter-final! That’s just ramped up the atmosphere, and from what I hear the race is sold out and it’s going to be a great event – one of the biggest races Formula E have ever staged.

From learning the circuit in the sim, I know it’s going to be an interesting track. It’s the second longest on the Formula E calendar as far as distance is concerned, and it will be the longest lap time – we’re expecting 1m34s or high 1m33s. For the driver, it seems that if you get into a good flow and rhythm you can really make a difference.

So far I’ve had a competitive season, although the race results haven’t been as good as we would have hoped. But I think we’re looking good for Rome. Our plan is to do the same as we have been recently in qualifying, where I’ve been strong and getting into superpole. From there we just need to improve our race form, but I feel that we’ve been getting on top of the issues that have hit us this season quite well. I haven’t scored as many points as I would have liked, but there’s no reason why that can’t change this weekend.

Although the track is long and quite slow, the race distance is the equivalent of two laps shorter than the last race in Punta del Este, and that’s good because it puts less of a strain on energy usage and gives everybody more scope to attack. We certainly seem to be better off when the races are shorter. Also, because the circuit is tight and twisty, that should suit our car, which seems to like those types of corners.

I’ve also been busy taking part in the FIA World Endurance Championship Prologue test at Paul Ricard with Aston Martin Racing. It was a very positive test for the team, and we picked up a lot of mileage in our brand-new Vantage GTEs. Whenever we’ve done a 24 Hours-plus test we’ve been reliable, so that bodes well for the Le Mans 24 Hours.