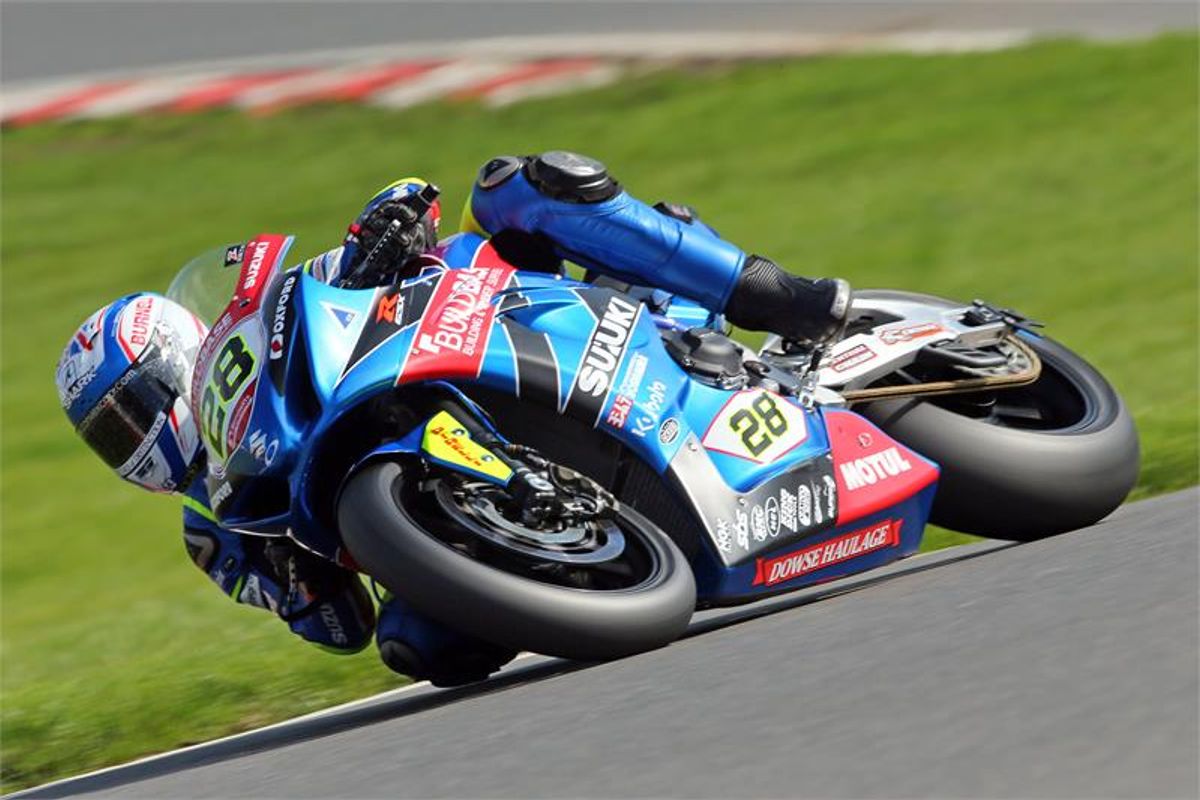 The Buildbase Suzuki team heads both the Bennetts British Superbike Championship and National Superstock 1000 points tables after more podium success at Brands Hatch for round two of the season today.

Bradley Ray took second in the opening race after qualifying on Pole aboard his GSX-R1000, while Billy McConnell took a win and a third place in the Superstock 1000 races. And despite crashing in both of his races, Richard Cooper also led his first Superbike race of the season.

After dominating the opening round with a double win, Ray headed to his home circuit with the championship lead, and after working meticulously with the team through practice, qualified with Pole Position for the weekend’s opening race. From there he made a strong start and led for 28 laps of the 30-lap race. He looked set to maintain his 100% record but made a small mistake into Paddock Hill bend on the penultimate lap, locking the front wheel of his GSX-R1000 under braking. He ran wide, relinquishing the lead and took the chequered flag in second place.

Again, starting from Pole in race two – after setting the fastest lap of the race and a new lap record in race one – Ray was leading when the race was stopped as the rain arrived. In the restart he took the time to find his feet in the wet conditions. With one eye very much on the championship standings and struggling for rear grip, he kept it safe, crossing the line in seventh place. He now heads the points table with a 10-point advantage.

“To come away leading the championship is a big thing. We came into this weekend off the back of a really strong round one and the spotlight was on a little bit, but we know we can’t win everything. We had really good pace this weekend, and the pace was there to win race one; I just made a mistake and let Shakey [Byrne] past, and once he came by he had a few bike lengths. I didn’t try to chase, we just took second.