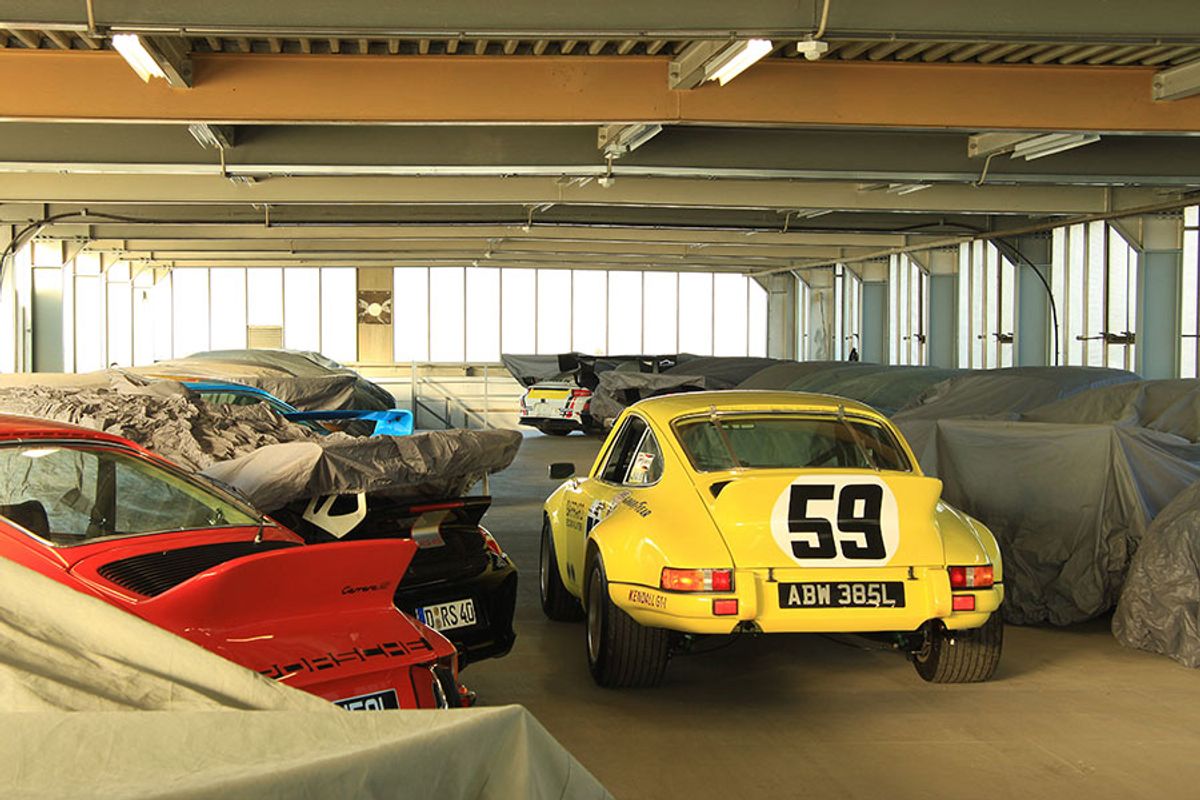 Neil and his team build, restore and sell Porsche RS and RSR parts and cars and his workshop is a veritable "Aladdins Cave" for the aircooled Porsche enthusiast.

The project involved logo development together with a classic Porsche parts and car sales section. At our last visit here some of the Porsche that were in for work:

The business specialises in Porsche air-cooled engine builds although Neil also spends quite a lot of time overseas inspecting classic Porsche for clients all over the world. These foreign excursions often lead to some true Porsche barnfind discoveries and a recent trip to France unearthed a cache of precious old RS and RSR parts including ST crankcases and NOS RSR cylinder heads...

If you are serious about buying or selling an old RS Porsche or want some work done to period factory specification - Neil has probably forgotten more than he can remember - his workshop is well worth a visit.

The workshop has an engine dyno aswell as full bosch mfi testing rig and Neil is routinely sent bosch mechanical fuel injection pumps for rebuild by customers all over the world.

The workshop typically has stuff like the Garrard and Brumos 2.8 RSR in residence and has a serious global Porsche collector clientbase and the parts inventory is suffiiciently vast that a lot of the stuff has not been catalogued - just ask - if is old RS or RSR stuff you need - it is probably in stock.