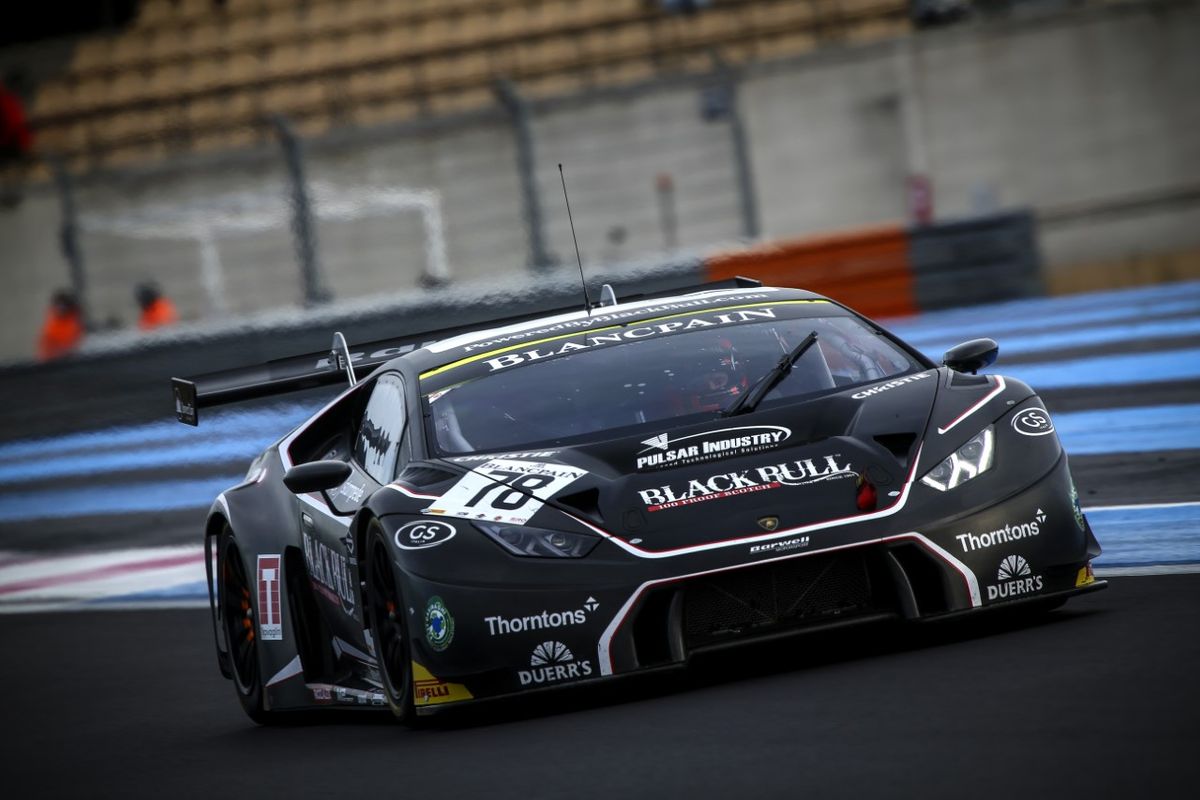 Mitchell, a member of the prestigious British Racing Drivers’ Club Rising Star scheme, is now stepping up from GT4 to the faster, more powerful GT3 class targeting more podiums and, ultimately, race wins.
“Obviously it’s a big step up from GT4 to GT3, but I’ve really enjoyed the progression,” the Scot, whose Black Bull whisky-backed Lamborghini is being prepared by Barwell Motorsport, explained.

“We’ve tested at Portimao in Portugal, Paul Ricard in Southern France, Monza and finally Silverstone, and I’ve been really happy with the process and how quickly I’ve adapted.
“It’s been great to learn alongside my new team-mates, and I’m enjoying the increase in speed, power and sheer cornering ability of the Lamborghini Huracan.”

The Scots young gun will share his car with 23-year-old Italian Michele Beretta and 20-year-old Croatian Martin Kodric. The trio will contest the new, ultra-competitive five-round Blancpain Silver Cup Junior Pro Class.
Mitchell will also make his 24-hours debut when he contests the Blancpain GT’s Blue Riband race, the Spa 24Hours, at the end of July.
And Mitchell, currently in his first year of the MSA Course at Loughborough Sports College — while maintaining his fitness through a programme devised by Results Gym in Forfar — is focused on delivering a strong opening performance in Italy this weekend.

“We know from pre-season testing we have a good car, a good team, three good drivers, and good pace,” he said. “But as always, we won’t know exactly where we stand until the first qualifying session at the weekend.
“That said, we know we’ll be competitive and I can’t wait to get into the Lamborghini to finally go racing again.”