The Volkswagen I.D. R Pikes Peak in its element: First outing in Alès 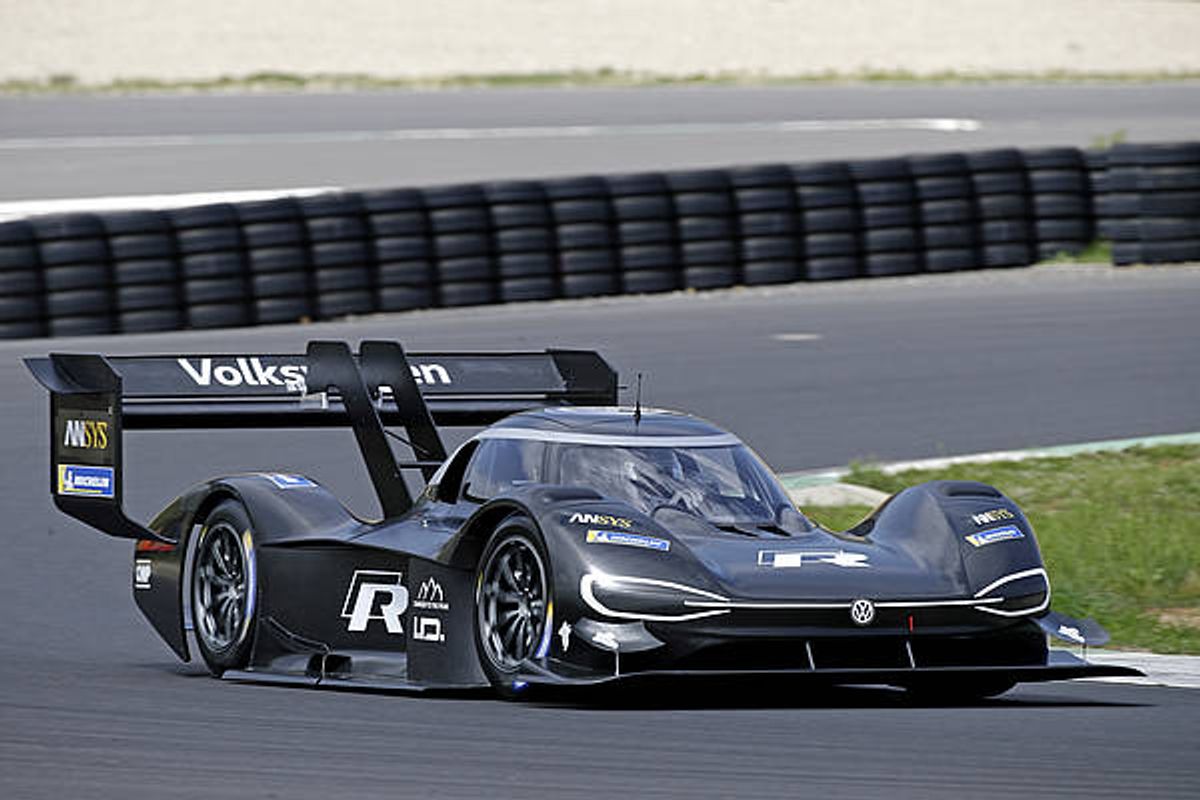 One big moment after another: Electric super sports car takes to the track for the first time
Volkswagen begins intensive test programme in Alès (France)
Romain Dumas (F) gets the first kilometres under his belt in the I.D. R Pikes Peak

. Successful maiden outing: The Volkswagen I.D. R Pikes Peak completed its first laps at the racetrack in Alès. The fully-electric super sports car, developed for the iconic “Race to the Clouds” in Colorado Springs (USA), will attempt to break the record for electric cars at the Pikes Peak International Hill Climb on 24 June. Between now and then, the spectacular prototype, which generates 500 kW (680 hp) and features a twin-engine powertrain, will undergo a strict programme of testing – initially in Europe, then in the USA. The man in the cockpit for the car’s first outing was Romain Dumas (F), who will also be at the wheel of the Volkswagen I.D. R Pikes Peak for the record attempt at the end of June.

“It was absolutely fantastic to see the completed I.D. R for the first time, and to take it out for its first spin,” said Romain Dumas, who is a three-time winner of the hill climb on Pikes Peak. “What Volkswagen has managed to put together from scratch over the past few months has my greatest respect. I had obviously seen initial pictures of the car – but it is even more spectacular in the flesh. We now have a packed schedule of testing ahead of us, and I am looking forward to every metre!”