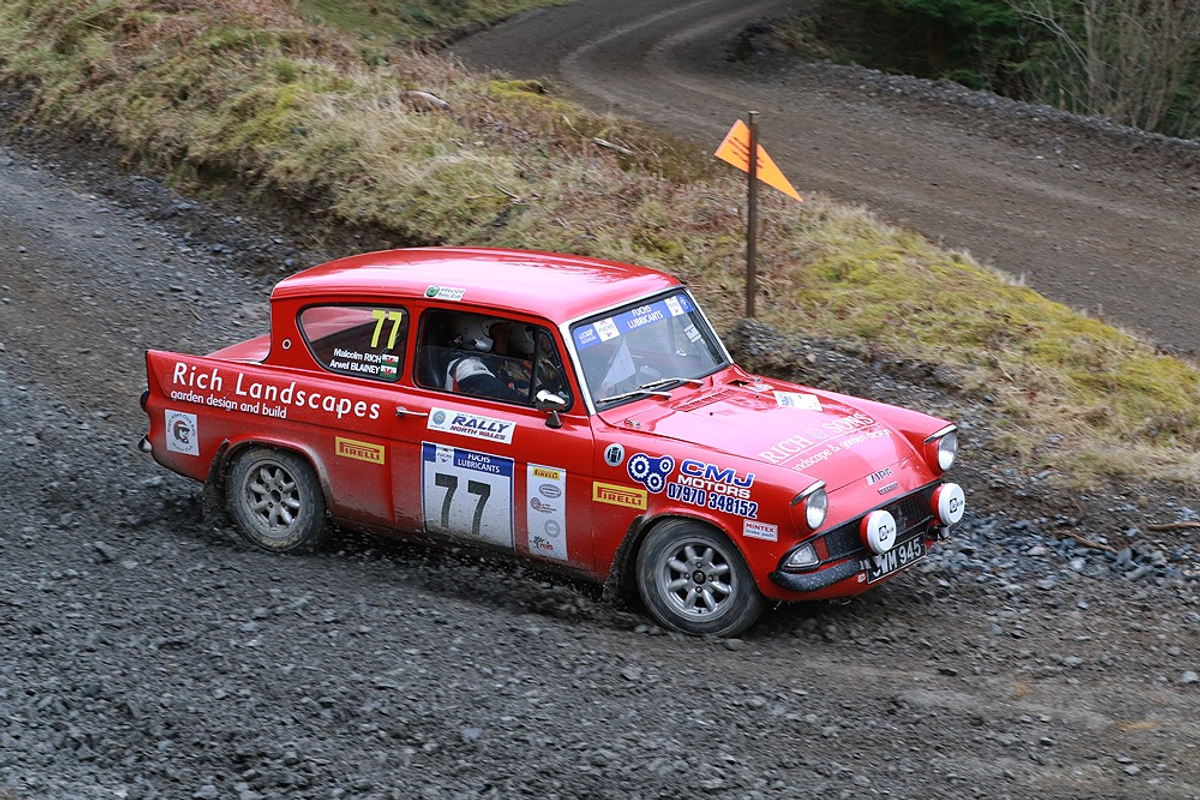 The FUCHS LUBRICANTS MSA British Historic Rally Championship will continue with round two on the Pirelli Rally (Saturday 28 April) after an outstanding start on last month’s Rally North Wales.

With around 60 registered contenders, the BHRC is in fine fettle heading into the first of two visits to the awesome Kielder forest region and Pirelli format puts the historic and 2WD cars onto stages that are in prime condition for first and single-usage, before the BRC field takes over the forest stages.

As well as being the second of eight BHRC rounds, Rally North Wales is also the second round of the BHRC Forest Challenge, supported by Rally and Competition Equipment, and the new BHRC2, supported by Sherwood Engines.

The BHRC field is packed with quality but absent will be RNW winners Nick Elliott and Dave Price (Ford Escort Mk2) who are only tackling selected rounds this season and are due to miss the Pirelli due to an important family commitment for Elliott.

Instead, similar Mk2s for Matthew Robinson/Dave Robson and Paul Barrett/Dai Roberts are likely to set the pace along with former event winners Joe Price/Chris Brooks, with Steve Bennett/Osian Owen, Rudi Lancaster/Guy Weaver, Alan Walker/John Connor and Simon Webster/Jez Rogers in hot pursuit. Rivalling the Escorts will be the Hillman Avenger BRM of Ieuan Rowlands/Emyr Hall, which could really mix it with the top Escorts based on a short but rapid debut in Wales and this will be a rare foray into Kielder for the North Wales driver.

Class D3, for the Pinto-engined Escort Mk2s in Category 3, will be a hot-bed of competition as Ben Friend and Cliffy Simmons try to carry on where they left off last season. However, they had major engine woes and retired in Wales and will face a tough battle from round one winners Stuart Egglestone and Brian Hodgson and impressive new charger Josh Browne who has Jane Edgington calling the notes.

Finally, a cracking entry in class C3 promises another fierce class contest between the quick Escort Mk1s of Josh Carr/Ben Hall and Mike Simpson/Dale Gibbons. Carr will be keen to bounce back from an early engine failure in Wales.

The new BHRC2, supported by Sherwood Engines, has been created to turn the spotlight on the Category 1 (pre-1968) and up to 1600cc cars in the championship.

A great field of cars will line-up for the second round of BHRC2 and it is the class C2 Escort Mk1 of Adam Milner and Roy Jarvis that will be expected to set the pace. Yorkshireman Milner is a prodigious talent and set a ferocious pace in Wales. Ranged against Milner in C2 are similar Escorts for Robin Shuttleworth and Ronnie Roughead and husband and wife crew Stuart and Linda Cariss.

An excellent Category 1 entry has clearly shown that these cars are ready to rally if given a fair deal on running order and road condition. Topping the field are the Porsche 911s of Rikki Proffitt/Graham Wild and Dessie Nutt/Geraldine McBride but it was the flying Lotus Cortina of 80-year-old legend Bob Bean and new co-driver Miles Cartwright that topped the category on round one. Paul Mankin and Desmond Bell will head the chase of Bean in their Lotus Cortina, while from class B3 is the very potent Ford Anglia of Malcolm Rich/Arwel Blainey.