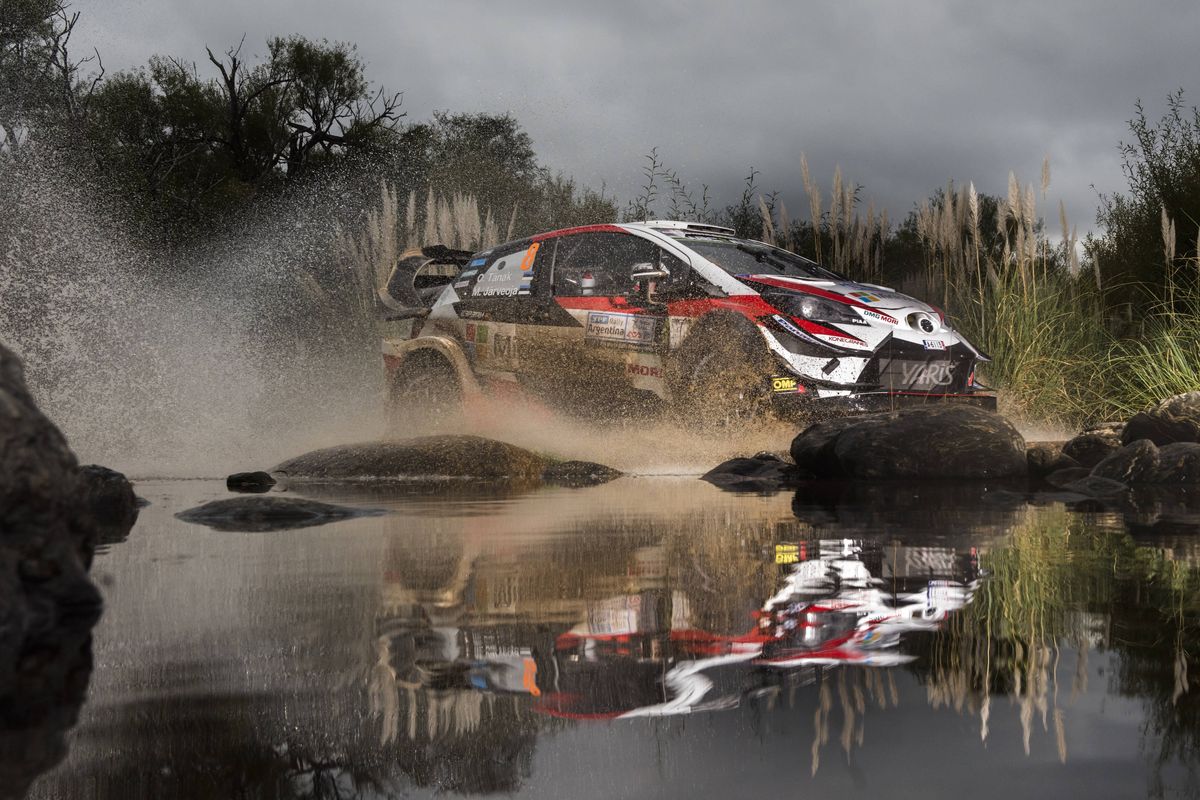 Neuville moves into second as Estonian closes on first WRC victory of season.

Ott Tänak was king of the pampas for a second day at YPF Rally Argentina as he stretched his lead in this fifth round of the FIA World Rally Championship.

He demoralised the opposition to win five of the seven speed tests in the Los Gigantes mountain region to widen his advantage to 46.5sec with Sunday’s short final leg remaining.

After winning Friday’s final three special stages, the Estonian reeled off three more victories this morning as thick fog posed a trial of bravery and commitment.

Only a final stage scare prevented him from repeating the hat-trick. A damaged front right shock absorber and power steering problems on his Toyota Yaris forced him to ease off.

“That was really hard. The oil leaked out of the damper and I lost the use of the power steering before it came back. I didn’t feel like I was pushing so much today. I had a great feeling with the car, which was going so well, so why not enjoy it?” said Tänak.

Thierry Neuville headed the challengers. The Hyundai i20 driver demoted Kris Meeke from second and took no risks on the rocky, rutted gravel tracks to consolidate this afternoon. “I could have done more but it wasn’t necessary,” said the Belgian, who headed team-mate Dani Sordo by 21.7sec.

Neuville and Sordo were the only two drivers to halt the Tänak steamroller, claiming a stage win each. Sordo gained a podium place in the final stage when Meeke conceded more than two minutes and his Citroën C3 plunged to eighth.

“I had to stop and change a puncture. There was a stone in the middle of the road. I saw it but couldn't avoid it, went over the top of it and punctured straight away,” he explained.

Championship leader Sébastien Ogier was fourth in a Ford Fiesta. The Frenchman was hugely cautious in the morning fog, conceding almost a minute to Tänak in the tough 40km Chuchilla Nevada test.

Andreas Mikkelsen was fifth, the Norwegian happier with his i20’s handling this afternoon after set-up changes.

Craig Breen was the day’s major victim. The Irishman rolled his C3 out of sixth and a damaged roll cage brought retirement.

Sunday’s finale is one of the season’s classic days. Two passes through the rock-strewn roads of El Condor sandwich the lunar landscape of Giulio Cesare, both high in the Traslasierra mountains. They add up to just 55.27km, but are some of the year’s toughest roads.