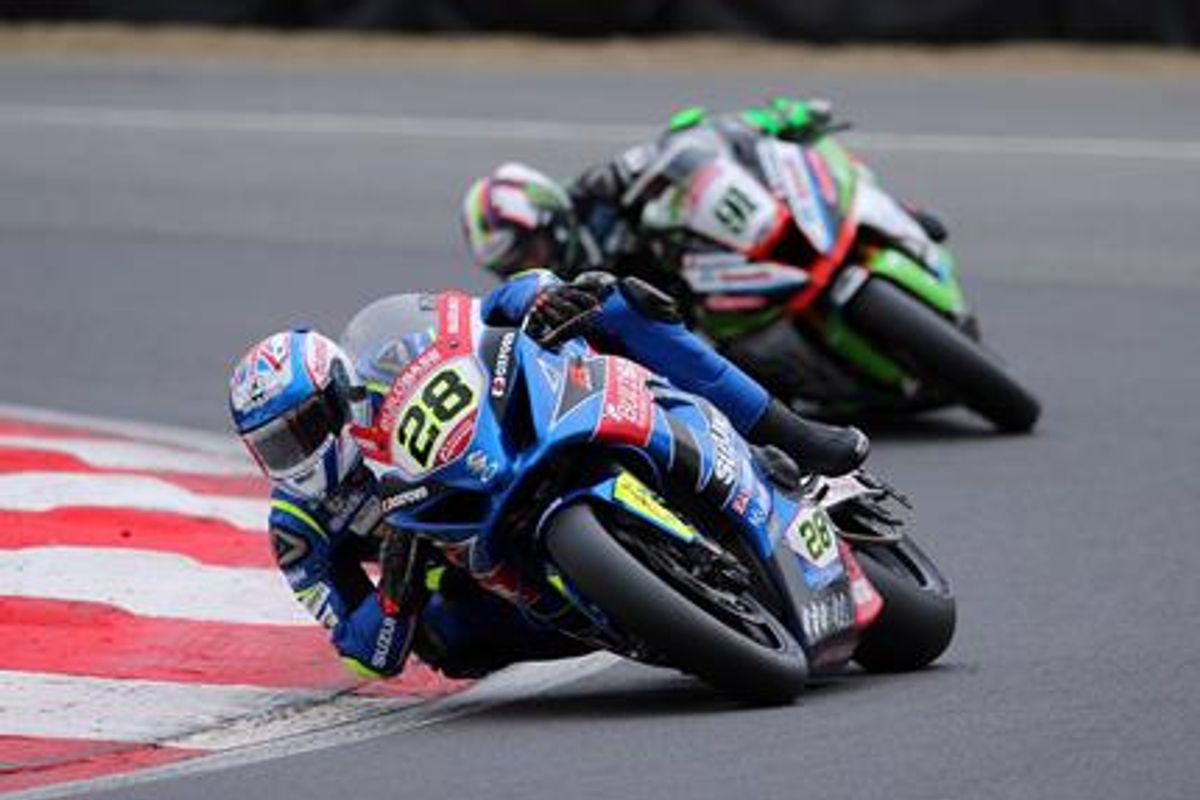 Buildbase Suzuki heads to Oulton Park this weekend for round three of the Bennetts British Superbike Championship currently leading both the Superbike and Superstock 1000 points tables and following a positive test at the Cheshire circuit recently.

Following his double win at round one and pole position and podium finish at Brands Hatch, Bradley Ray heads to the event full of confidence. Already happy with the set-up of his GSX-R1000, Ray – who secured his debut podium in the British Superbike class at the same venue last season – spent the recent test putting in the laps and refining a setting for the undulating track, rather than making wholesale changes to his machine.

His teammate, Richard Cooper – who led race two at Brands Hatch before being caught out in the wet conditions – is also happy with the performance of his GSX-R1000 and used the Oulton test to get up to speed and make minor adjustments to suit the circuit.

National Superstock 1000 championship leader, Billy McConnell, used the test to try some new suspension. The likeable Aussie, who added another win to his tally at Brands Hatch, was looking to add a little more support to the rear of his GSX-R1000 and lapped faster following the changes.