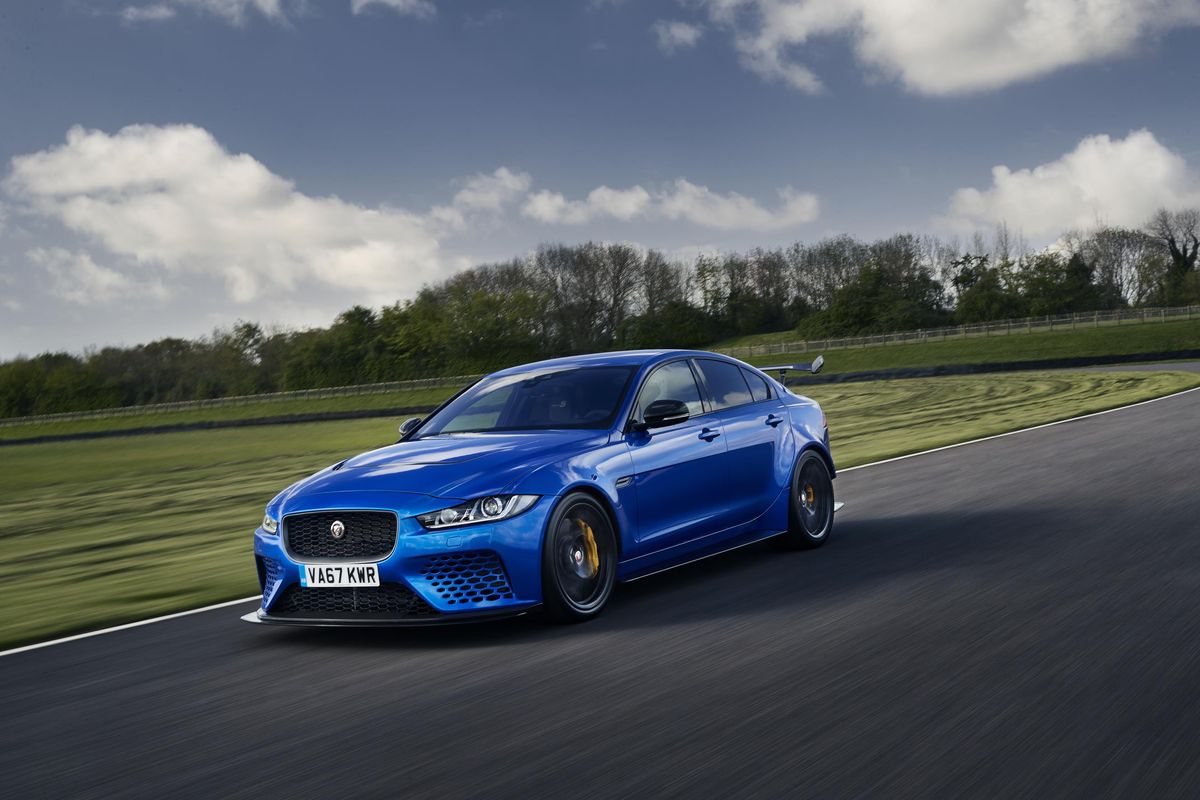 Final tests of world’s fastest sports sedan to be held on world's most demanding race circuits, including Portimão, Motorland Aragón and Laguna Seca
Priced from £149,995 in UK, Project 8 is available to order from Jaguar Retailers

Andy Wallace said:“Most road-legal cars on track are a massive disappointment, but Project 8 is really something. It’s absolutely staggering how it has been made to feel like a proper racing car. It keeps wanting you to push harder. It’s not bothered by Goodwood’s undulations, it just hunkers down and feels totally at ease, so you're happy to get on the throttle earlier. It inspires confidence straight away.”

Wallace said:“The brake pedal feel is fantastic. It is absolutely linear and you can feel what it's doing. The steering too is brilliant. It feels like a car that’s developed after days and days, and hours and hours, of testing. You don’t just ‘luck’ something as good as this. Anybody can build a fast car. But to build a fast car that feels this good – that’s quite an achievement.”

Davy Jones said: “I’m used to powerful racing cars. But this feels really fast. The sheer acceleration didn’t feel all that different from a 700bhp racing prototype – and that really surprised me. It’s certainly Jaguar’s best track car I’ve driven since the sports prototype Jaguars of the 1980s and 1990s.”

With world-class motorsport technology throughout, Project 8 has carbon fibre panels, adjustable aerodynamics, a unique suspension setup with adjustable ride height and camber, and is the first road car with F1-style ceramic wheel bearings. It’s also the first Jaguar with a dedicated Track Mode, which activates electronic calibration settings tailored to circuit use.

Jones said: “There is no body roll, loads of grip, the braking is incredible. When you turn into a corner, it points in, when you step on the accelerator it wants to launch out of the corner. It doesn't do anything to spook you. It’s such an accessible car to drive. The [8-speed automatic] gear shifts are so precise and so quick too.”

The 200mph* road-legal Project 8 is the world’s fastest four-door sedan, having lapped the Nürburgring Nordschleife in a record 7min 21.23sec. Final tests are planned for Portimão in Portugal, Motorland Aragón in Spain and Laguna Seca in California, USA. Hand-assembly of no more than 300 cars will begin at Special Vehicle Operations’ Technical Centre in June.

Jaguar XE SV Project 8 is available either as a four-seater or in lightweight two-seat Track Pack configuration (Track Pack is a market-dependent option at extra cost). Project 8 costs from £149,995 in the UK. Deliveries will begin this summer.