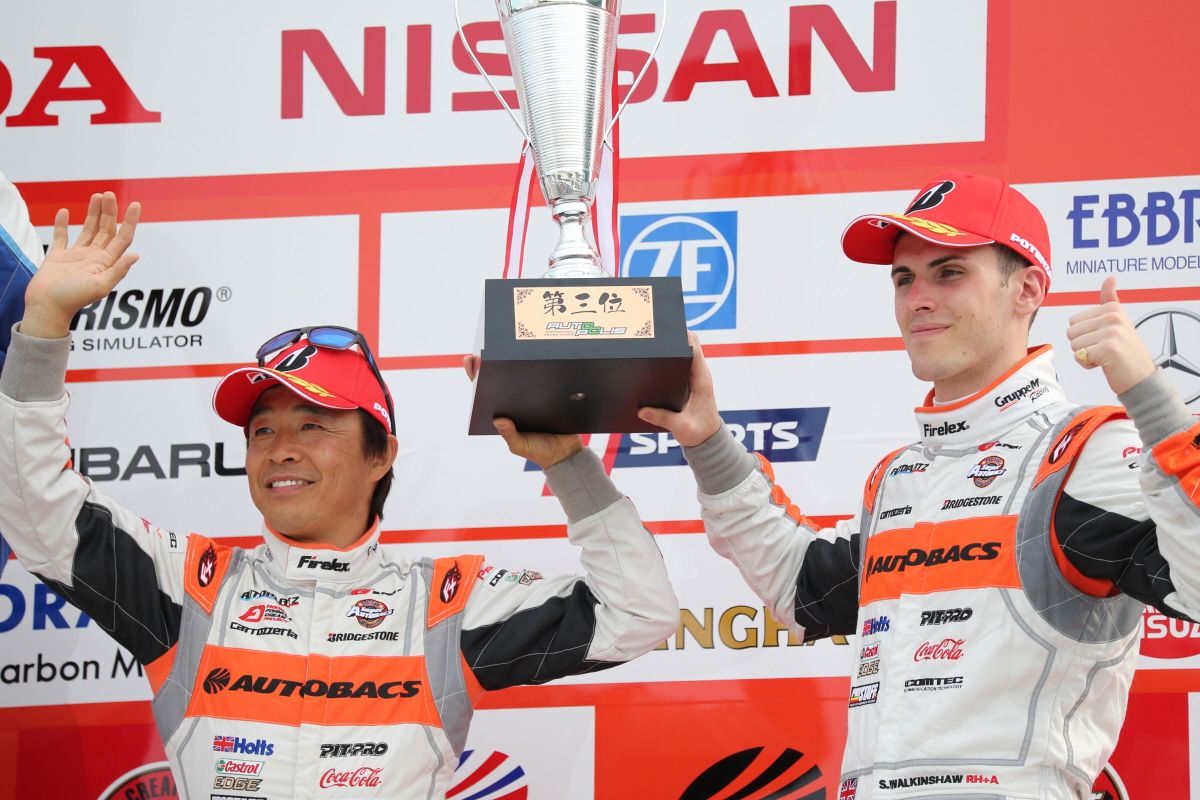 Super GT Championship racer Sean Walkinshaw produced a sensational performance during round two of the 2018 season at Fuji Speedway in Japan on Friday, 4th May, to secure his second career GT300 victory with team-mate Shinichi Takagi.

Having claimed his first GT300 win at the Mount Fuji track last August, also with Autobacs Racing Team Aguri driver Takagi, the 24-year-old from Chipping Norton had high hopes going into the second race of the campaign and the duo absolutely delivered with a tremendous 26 second victory.

As well as chalking up their first win of the year, after Takagi secured a record-equalling 13th career pole position in GT300, the BMW M6 GT3 drivers have climbed from sixth in the championship into the points lead. Takagi has also now become the winningest competitor in GT300 history.

“Getting the win was amazing for the whole team, it’s a fantastic result and to take the championship lead as well is pretty special”, said an overjoyed Walkinshaw, “Fuji is very strong for our car, so we were expecting a good result, but to get the win really topped off Golden Week.

“My stint was pretty uneventful, Shinichi-san did an amazing job to build a nice lead and when I got in the car all I needed to do was manage the gap and not take any risks. The car was fantastic and the ARTA guys did an incredible job.”

Taking place during the annual ‘Golden Week’ national holidays in Japan, the second race meeting of the season got underway with a truncated practice on Thursday, 3rd May, which was impacted by foggy weather. Starting the event well, though, the No.55 BMW ended the shortened run quickest.

During qualifying later in the afternoon, Takagi then claimed his record-equalling GT300 pole position with a terrific lap of 1m36.573 seconds on his final tour of the session – giving the ARTA duo a fantastic opportunity to challenge for their first win of the year.

Takagi took the opening stint of the 500km encounter on Friday and immediately blasted away from pole to lead at the rolling start. Opening an excellent early advantage, by lap 10 he was already over four seconds clear and over the course of the next 10 laps he doubled the lead.

Continuing to dominate proceedings, as the first pit-stops began to be served around one third race distance Takagi was more than 20 seconds to the good at the front of GT300 and he remained on track until around lap 40 when he pitted to hand over the BMW M6 to Walkinshaw.

With a very smooth pit-stop, the Oxfordshire racer joined the track seventh in GT300 but the highest of the entries to have made a driver change at that point. When the opening pit-stop cycle was complete, Walkinshaw held the lead by 12 seconds as the race reached the midway point and he went on to increase his advantage north of 20 seconds and then half a minute as the laps ticked by.

Driving a faultless stint, Walkinshaw continued to pull away from the opposition and when he pitted at two thirds distance the lead was over 40 seconds – a stunning performance. Takagi climbed back behind the wheel of the No.55 BMW for the final stint of the race and sealed a dominant victory by 26 seconds.

Round three of the Super GT Championship season will take place just a fortnight from now, over the weekend 19th/20th May, at world-famous Suzuka in Japan.