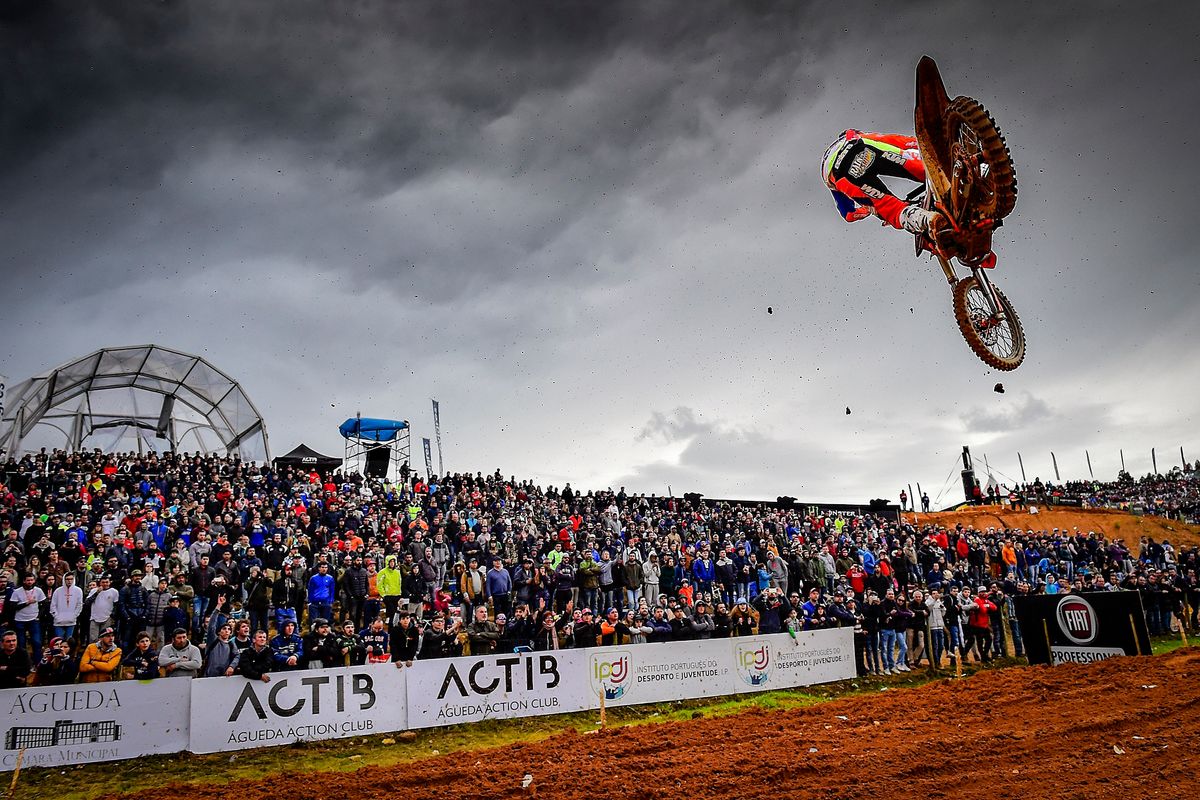 LIVE – Herlings leads the way as MXGP heads to Latvia
The FIM World Motocross Championship season is almost at one-third distance, with the KTM battle at the top of the standings set to continue this weekend in Latvia, which you can watch LIVE on Motorsport.tv!

In Russia, it was Monster Energy Kawasaki’s Clement Desalle who became the first non-Red Bull KTM rider to take a round victory this year, but Jeffrey Herlings’ first and third place still meant he extended his championship lead over team-mate Tony Cairoli. The Latvian venue of Kegums was the site of the Dutchman’s first MXGP victory, giving him further confidence of a strong result this weekend. He won’t have it easy though, as Cairoli heads to Latvia having taken four top-class wins there.

European Le Mans Series continues with the 4 Hours of Monza
Forty-three prototype and GT cars head to the legendary Monza circuit for round two of the European Le Mans Series this weekend. In LMP2, Racing Engineering will look to build on their maiden victory, but will have to watch out for reigning champions G-Drive Racing, who won in Italy last year. In LMP3, RLR Msport lead the way ahead of the top Norma entry of Yvan Muller Racing, with JMW Motorsport hoping to hold onto their early advantage in GTE. Follow all four hours of action in Motorsport.tv’s delayed-as-live coverage this weekend.

Supercars highlights from Perth & a look back at Le Mans 2003
Heading down-under, the Australian Supercars travelled to Perth for round five, as DJR Team Penske’s Scott McLaughlin looked to continue his strong start to the season. A double victory in Phillip Island saw the New Zealander top the standings heading to Barbagallo Raceway, with Triple Eight Race Engineering duo Jamie Whincup and Shane van Gisbergen, as well as Erebus Motorsport’s David Reynolds all looking to close the gap to last year’s runner-up.

Next, it’s onto the 24 Hours of Le Mans: The Great History, as Motorsport.tv revisits the 2003 edition of the French endurance classic. After three consecutive victories in La Sarthe, the Audi factory team did not enter Le Mans in 2003, paving the way for Bentley and its iconic Speed 8 to challenge for victory. Could the British marque pick up its first win at the twice-around-the-clock event since 1930, or would the privately entered Audi R8s prove too quick?

LIVE – Nurburgring 24 Hours, TCR UK heads to Knockhill, Super Formula from Autopolis & Le Mans Cup from Monza
EXCLUSIVE to Motorsport.tv’s On Demand service, is LIVE coverage from the Green Hell, with well over 100 cars from several manufacturers taking on the gruelling Nurburgring 24 Hours. There’s also action from round two of the TCR UK Touring Car Championship, as the up-and-coming tin-top series heads to Knockhill.

Over in Japan, the 2018 Super Formula Championship continues at Autopolis for round two, as international drivers do battle with the local stars, before Motorsport.tv returns to Europe for round two of the Michelin Le Mans Cup from Monza.
Weekend Schedule