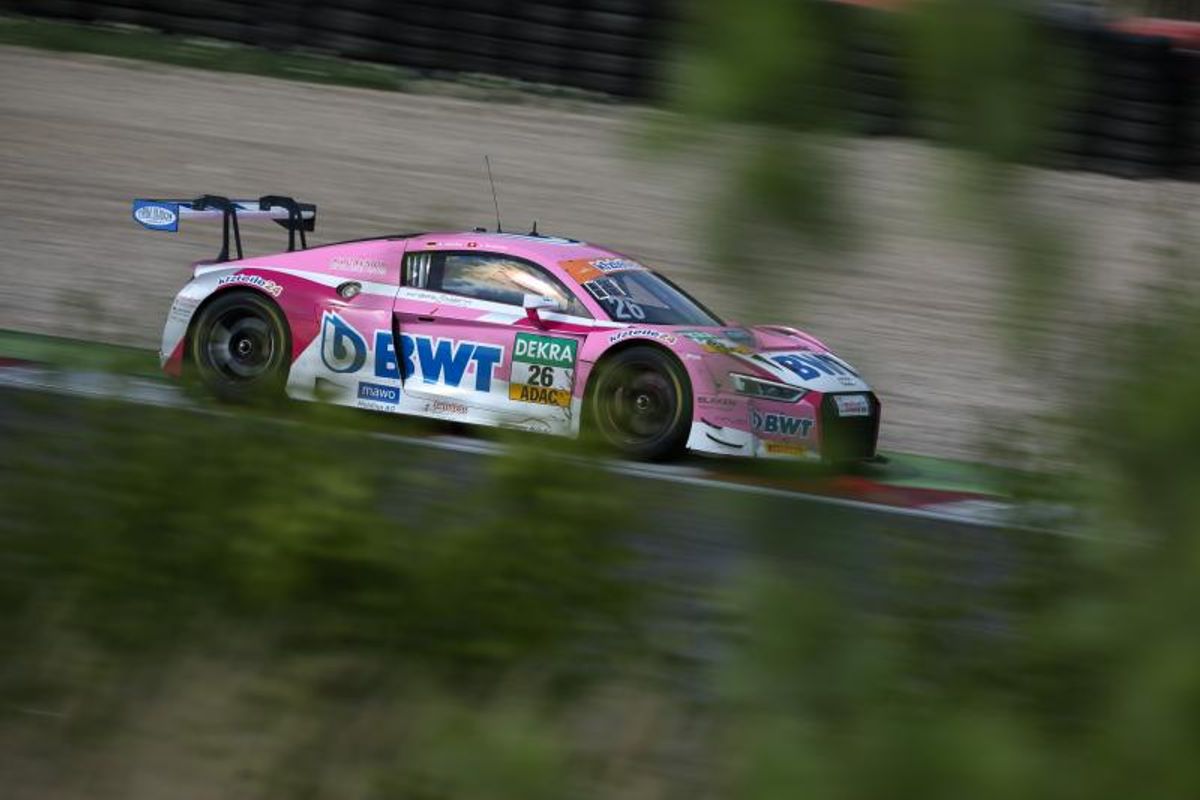 'Green Hell', here we come! This coming weekend, 26 drivers and eight teams from the ADAC GT Masters will be competing in the ADAC Zurich 24-hour race at the Nürburgring. They include strong contenders for the win in this 46th running of the 'Eifel Marathon' on the infamous Nordschleife. Between them, this year's representatives from the Super Sports Car League have notched up 17 overall victories in the 24-hour race.

Last year's winners, Audi Sport Team Land, will be fielding the number 1 car. Three of the four-man crew are regulars in the ADAC GT Masters: Christopher Mies (28, GER) together with Kelvin (21, ZA) and Sheldon (18, ZA) van der Linde. "This will be the second time in my career that I have the privilege of lining up in the number 1 car for a race through the Green Hell," says a delighted Mies, referring to his wins in the Eifel classic in the 2015 and 2017 seasons. The fourth member of the quartet is ex-champion René Rast (31, GER).

Audi Sport Team Phoenix, winners on three previous occasions, are also fielding an Audi R8 LMS. It is driven by double starter Haase, Frank Stippler (43, GER, winner in 2012) and Frédéric Vervisch (31, BEL). Phoenix Racing will also be entering an Audi R8 in the GT4 category, with the winner of the first ADAC GT Masters race of 2018, Max Hofer, at the wheel. Also competing in the same class are Mike David Ortmann (18, GER, Porsche) and Kim-Luis Schramm (20, GER, Mercedes-AMG).

In the Super Sports Car League, Car Collection Motorsport opted for the Mercedes-AMG GT3, but in the 24-hour race, they will be pinning their hopes on two Audi R8 LMSs. Their squad includes ADAC GT Masters driver Christopher Friedrich (23, GER) and double starter Pierre Kaffer.

The Mercedes-AMG GT3, winning car in 2016, is preferred by six drivers from the ADAC GT Masters. HTP Motorsport in their Mercedes-AMG Team Mann-Filter guise will be sending their ADAC GT Masters pairing of Maximilian Götz (32, GER) and Indy Dontje (25, NL) into action. Patrick Assenheimer (26, GER) and Clemens Schmid (27, AUT) remain loyal to AutoArenA Motorsport at the Nordschleife. Two-time ADAC GT Masters champion Sebastian Asch (31, GER) will be driving a Mercedes-AMG GT3 for Landgraf Motorsport. "We might well be one of the outsiders who surprises everyone in the end," says Asch. "If we get through the initial phase all right, and if the car is in good shape, we might be in with a chance." His ADAC GT Masters team-mate Luca Stolz (22, GER) is also competing in a Mercedes AMG GT3 as a member of the Mercedes-AMG Team Black Falcon squad, winners on numerous previous occasions.

There are several other Super Sports Car League contestants driving Porsche 911 GT3 Rs, including Jan-Erik Slooten (33, GER) and Lucas Luhr (38, GER, winner in 2006 and 2011), on this occasion for two different teams. However, their IronForce by RING POLICE GT3 R from the ADAC GT Masters will be on display in the paddock. Kévin Estre (29, FRA) will be competing for Manthey Racing, where he joins a squad of seven other Porsche works drivers. Also present will be five-time 24-hours winner Timo Bernhard (37, GER), this time guiding the fortunes of his KÜS Team75 Bernhard outfit from the pit wall. "I think it's important that I'm sitting at the pit wall," says the veteran racer. "We are very well set up in terms of driving talent, and this is the best way I can offer the team maximum support. I've served in this capacity before, at the 24-hour race in Spa. As regards results, we have no particular expectations. I want us to get through cleanly, and that's difficult enough in itself." The two-time Le Mans winner and world endurance champion will be putting in a very special appearance right before the race. He and race legend Hans-Joachim Stuck will be completing a demo lap on the Nordschleife, driving a Porsche 919 Hybrid Evo LMP1 sports car and a Porsche 956 respectively.

Zakspeed are the eighth of the ADAC GT Masters teams to have an involvement in the 24-hour race. The Eifel-based outfit will be fielding two Toyota Corolla Altis in the SP3 class on behalf of Toyota Gazoo Racing Team Thailand.