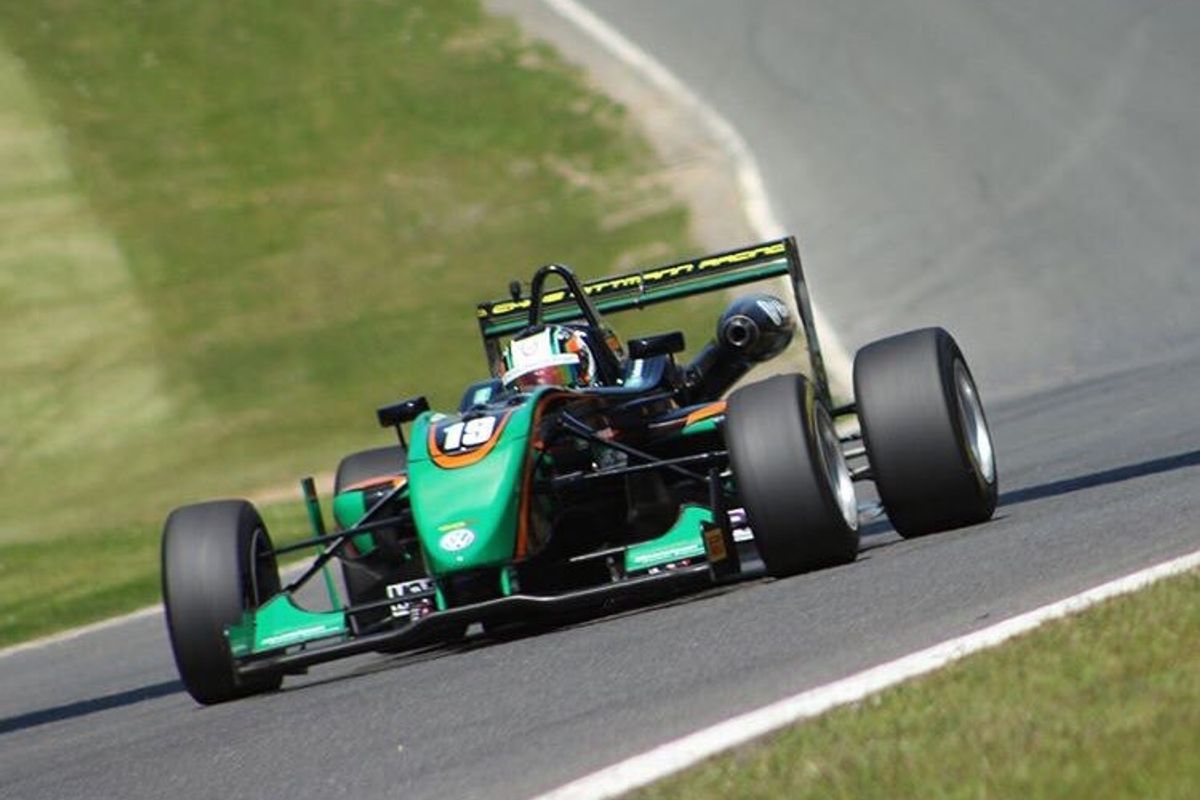 Irish driver Cian Carey sealed his first win of the season for Chris Dittmann Racing as their F3 Cup Championship pursuit came alive at Brands Hatch this weekend (18-20 May).
The Irish driver took third place in the first race to take back-to-back podiums after his third place at Donington Park last time out.

However, the lights-to-flag victory in the second race was the icing on the cake of what proved to be an excellent weekend for the team.

Each of CDR’s four drivers improved the longer they spent on the track, with Tristan Charpentier impressing with a P4, Philip Jeans putting on much faster times than last season at the same track on his way to a P9 and Baptiste Leonard finishing with a P6.

Team principal Chris Dittmann said: “We’re very pleased, it was a great weekend.
“It was tough for Cian at Donington with two DNF’s due to problems with his engine, but he really showed his pace at Brands.
“He was unlucky to be overtaken in the first race, but made sure of the win in the second.
“But I was really happy with all four drivers, who showed vast improvement every time they were on the track.”

Chris Dittmann Racing took a podium at Donington Park’s season opener thanks to Carey – although engine problems early on meant he didn’t have the power to finish the first two races.
Philip Jeans put in a solid performance without any testing while son Patrick showed good promise during his first time behind the wheel of an F3 car.
This time, Patrick was unavailable, replaced by F3 driver Tristan Charpentier - using the weekend for track practice - and Baptiste Leonard, who took part in the Championship in a one-off last season, but who will now be driving with the team for the remaining rounds.

Cian just missed out on pole by half-a-tenth in the first qualifying session after hitting some traffic, but got pole for the second race, with Baptiste taking a while to get up to speed with a P8 and P9. Phillip, meanwhile, finished three seconds faster than his qualifying time last year to finish in P12 in both and Tristan in P6.

Principal Chris Dittmann: "We’re very pleased, it was a great weekend. Cian really showed his pace at Brands."
Cian got off to a great start in the first race to take the lead, but left room for eventual winner Wiltshire to overtake, before Sebastiani got a tow down the back straight to take second. Cian held on well to take the podium in the end.

Leading from the front in the second race, he wasn’t going to let the same happen again, controlling the pace and stretching his lead as it progressed, before taking a well-deserved, commanding victory.
Meanwhile, the other drivers went about improving every time they took to the track.
Tristan finished in P6 and P4 – just missing out on a podium, despite having a slower car to compete with. Baptiste ended in P7 and P6 and Philip P11 and P9.

Chris added: “It was a much better weekend overall. Cian in particular was excellent throughout and took his first win of the season - the first of many we hope!
“But each driver was getting faster and faster the more time they had out there which is really pleasing from our perspective.

“This weekend sets us up really nicely for the rest of the season.”