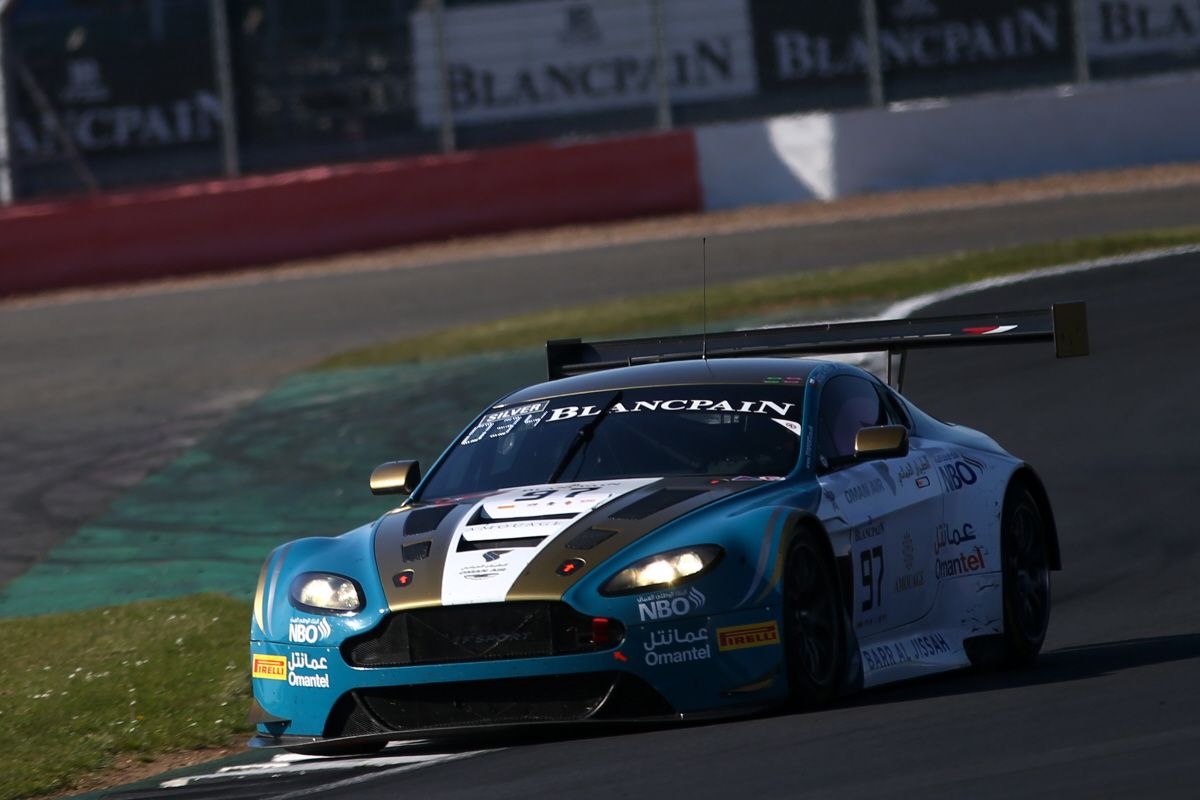 Just over a week since departing Silverstone GP Circuit with the frustration of a near-certain maiden Silver Cup podium being stolen from his grasp, Blancpain Endurance Cup racer Ahmad Al Harthy is ready to hit back in style during round three at Paul Ricard in France this coming Saturday, 2nd June.

On course to seal a fantastic top three class finish during the British round, until a late-race tangle for Oman Racing team-mate Charlie Eastwood dropped the squad to an eventual finish of fifth, Muscat driver Al Harthy says he is now hungrier than ever to return to the Blancpain podium.

This weekend’s race in southern France, which begins at 17.45 local time and runs over a duration of six hours, the longest encounter of the year so far, will bring a whole new set of challenges with the latter portion of the race running under night skies at the Le Castellet venue.

Al Harthy, of course, claimed a tremendous second place Pro-Am class result at Paul Ricard during the corresponding fixture last season on his way to a memorable and history-making title victory in Pro-Am with then team-mate Jonny Adam.

Having to graduate into the even more competitive Silver Cup this year, as a result of his 2017 success, the Middle East driver is certain Oman Racing’s maiden podium in the class is a matter of when and not if.

“I really can’t wait to be back at Paul Ricard later this week”, said the Aston Martin V12 Vantage GT3 driver, “Last year we came away with a great result in Pro-Am and although we’re facing a different challenge this year in the Silver Cup, we are feeling confident we have a strong package.

“Obviously, anything can happen in a race as long as six hours but we’ll approach it the same as any other, always pushing. With the night-time aspect too, this race acts as very strong preparation for the Total 24 Hours of Spa in July so everyone will have one eye on that too.”

So far in 2018, Oman Racing’s trio of Al Harthy, Eastwood and Euan McKay have produced very strong pace, both at Italian track Monza in April and Silverstone last time out, but up to now their hard work and commitment has gone unrewarded in terms of silverware.

Round two looked to have been the breakthrough when, after a season-best top three qualifying performance, the team was in contention for third place and possibly even second. Unfortunately, though, contact with a Lamborghini with only half an hour to go resulted in an enforced pit visit for Eastwood and, to add insult to injury, he was then forced to serve a drive-through penalty.

Despite all that, in the cold light of day the positives taken from the Silverstone weekend were plentiful. Most importantly, the Oman Ministry of Sports Affairs, Oman Air, National Bank of Oman, Omantel, Barr Al Jissah and Amouage backed team is making big strides with each outing.

“Silverstone was very disappointing in terms of the result, the podium was ours really, but we have to always take the positives away from any race weekend and the team performance was incredibly strong”, reflected Al Harthy, “We have definitely moved forward from where we were at Monza, and the target for Paul Ricard is to keep that forward momentum going.”

Free Practice for the third round of the Blancpain Endurance Cup season at Paul Ricard will get underway at 10.50 (local time) this coming Friday, 1st June, with the 90-minute Pre-Qualifying period set to follow at 15.40 (local time).