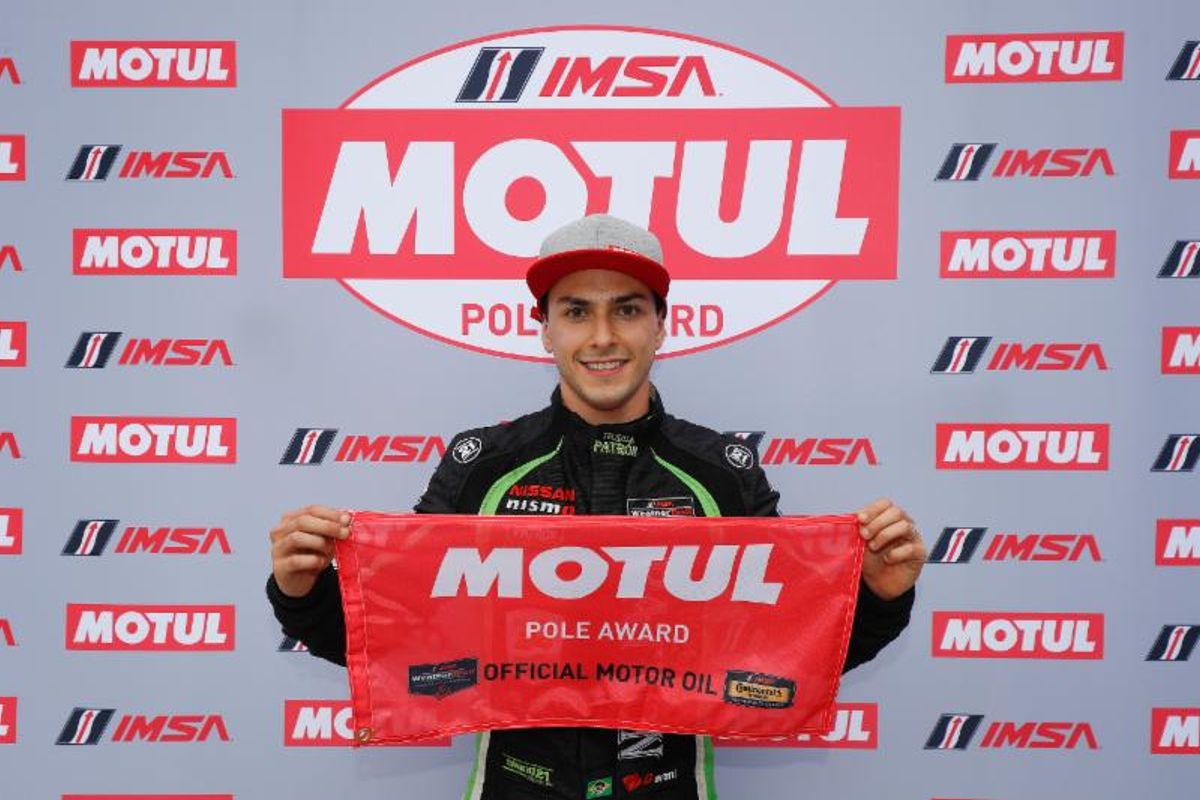 On a four-minute sprint following a brief red flag due to an incident involving the No. 85 JDC-Miller Motorsports ORECA LMP2 car of Robert Alon, Derani shot to the top of the charts with a lap of one minute, 22.273 seconds (102.828 mph). The Brazilian then managed to hold on for the pole, ending a two-race stranglehold atop the Prototype charts by Acura Team Penske.

Acura Team Penske entered the weekend on an impressive run, sweeping every practice session one race earlier at Mid-Ohio Sports Car Course, sweeping the front row in qualifying, and culminating the weekend with a 1-2 finish – the first win for the Acura DPi in WeatherTech Championship competition. In Detroit, the team promptly topped the charts in each of the weekend’s first two practice sessions.

“You know, that shows that we've been working really hard,” said Derani, who scored his second career WeatherTech Championship pole. “The level of IMSA has been incredibly high and to be able to put it on pole here against well-known teams, it's very rewarding.

“We’ve been working really hard and it's nice to see that the work has been paying off in terms of speed, and we're showing that we can go head-to-head with these guys. So hopefully tomorrow we have a clean race. Starting from pole definitely helps.”

Derani will be joined Saturday by co-driver Johannes van Overbeek. The duo won earlier this season at the Mobil 1 Twelve Hours of Sebring Presented by Advance Auto Parts, joined in that race by endurance teammate Nicolas Lapierre.

The normally 15-minute qualifying session was shortened to 12 minutes due to track cleanup following an incident in the session prior for another series. The green flag time was shortened even more when Alon hit the barrier at the exit of Turn 4 five minutes into the session. Alon was able to drive to the pits with an askew rear wing, but the session was halted briefly to remove debris from the track.

Saturday’s Chevrolet Sports Car Classic will be televised live on FS2 starting at 12:30 p.m. ET, with a re-air of the WeatherTech Championship race airing on Sunday, June 3 on FS1 at 8:30 a.m. ET. IMSA Radio coverage of the race can be heard on IMSA.com, RadioLeMans.com