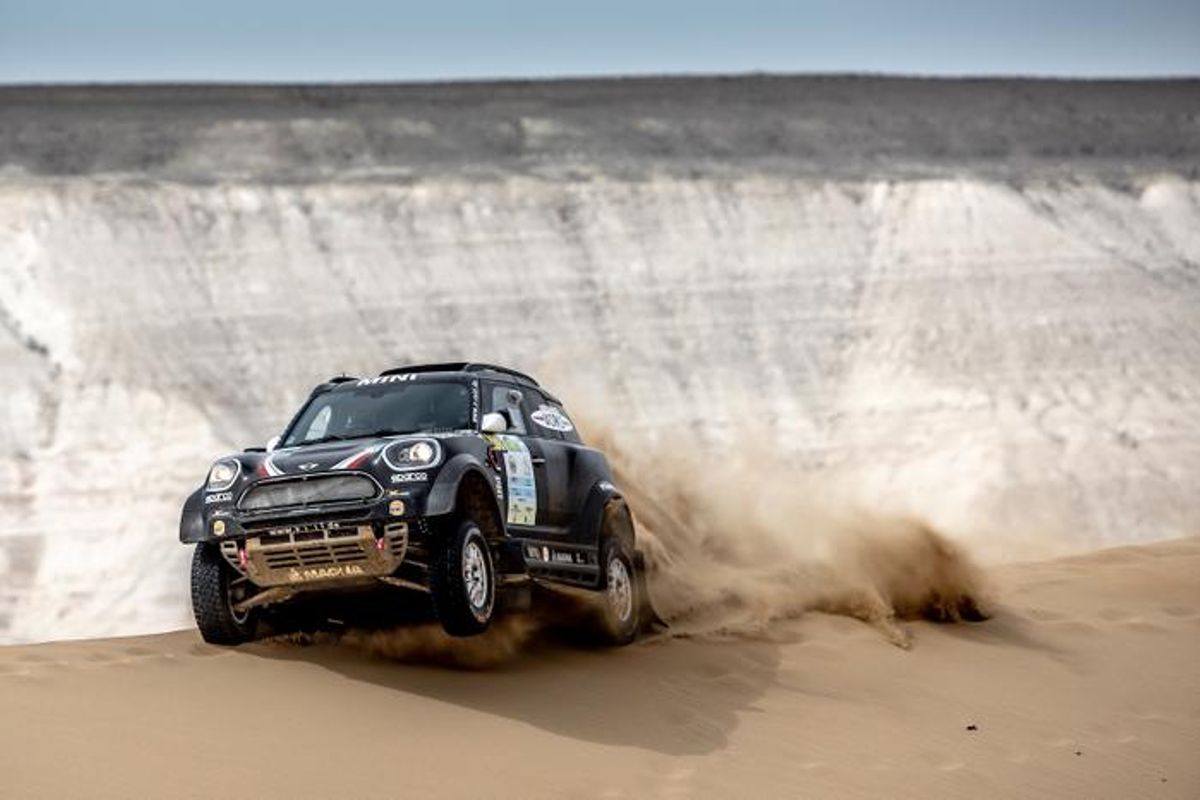 Yazeed Al Rajhi (KSA) and co-driver Timo Gottschalk (GER) in a MINI John Cooper Works Rally appeared to make light work of Kazakhstan’s arid conditions on their way to take the win, but in reality the race was filled with punctures, dealing with many areas of fesh-fesh and tough desert grass. Despite all of this, Al Rajhi and Gottschalk in a MINI John Cooper Works Buggy took four stage wins and led the race from start to finish.

Luc Alphand (FRA) and co-driver Andreas Schulz (GER) continued their development of the MINI John Cooper Works Buggy in a successful way by completing the race in fifth place. However, Rally Kazakhstan was definitely a case of what could have been for Alphand and MINI Motorsport; Alphand and Schulz were unlucky to suffer numerous punctures and during one stage become stranded in soft sand for nearly an hour.

Victor Khoroshavtsev (RUS) and Dmitriy Pavlov (RUS), newcomers to the MINI Family, produced an outstanding result of sixth overall even though Rally Kazakhstan was their first taste of long distance rally action at the controls of a MINI John Cooper Works Rally. Their delight at the result was plain to see after completing the last 235.6km of the final leg (Leg 6).


Jakub ‘Kuba’ Przygonski: “Until the end of the rally nobody knew how the results would be. So we had to push all the way to the end. We really enjoyed this rally even though it was a long distance. It was also good to race with Yazeed and make it close with the eventual time. For sure we had no major problems with the MINI John Cooper Works Rally and this really helps to make good racing! ”

Luc Alphand: “After a hard week we finally had two good days. The MINI John Cooper Works Buggy is improving with every race – we were competitive and on the pace with the quicker crews. Now we turn back to work and be ready for the next race.”