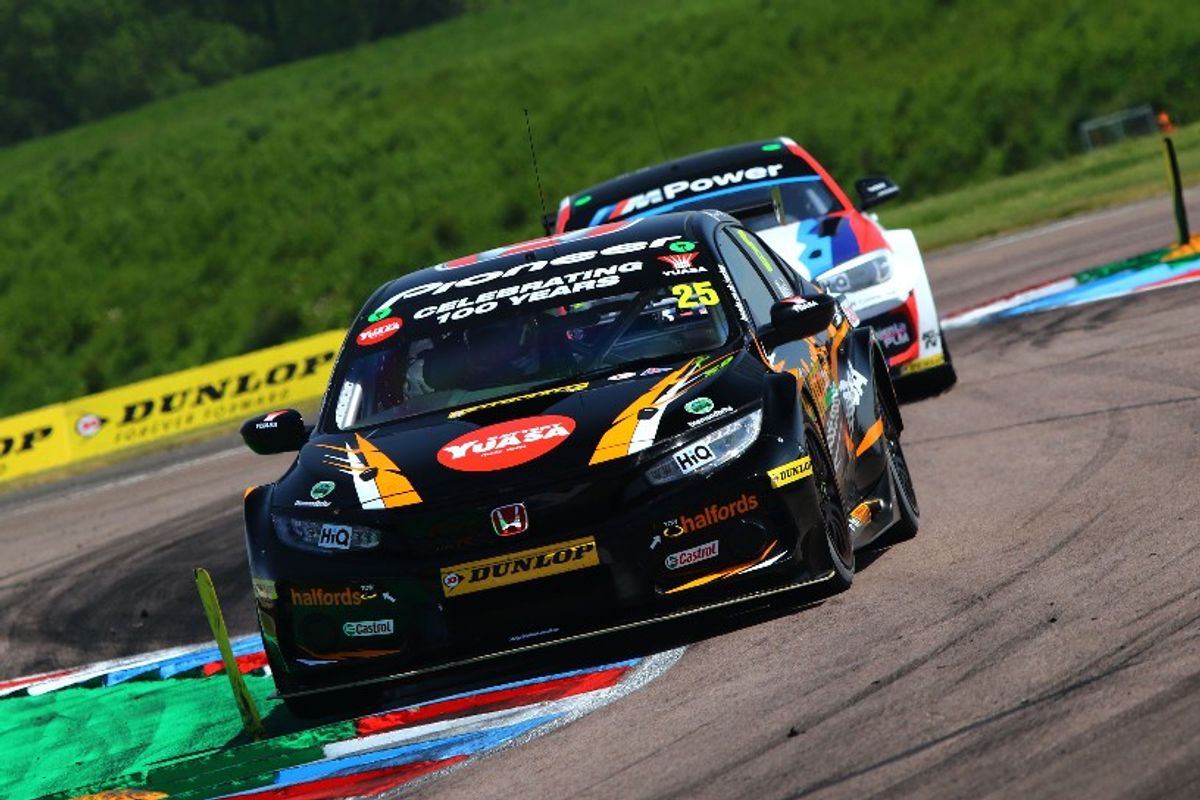 Halfords Yuasa Racing heads to Oulton Park for the fourth round of the Dunlop MSA British Touring Car Championship on 9/10 June looking to maintain its forward momentum following a landmark first pole position and win for the new Honda Civic Type R (FK8).

Team Dynamics celebrated a momentous weekend last time out at Thruxton after Matt Neal powered to a dominant lights-to-flag victory from the top spot in race one. With Neal claiming a second podium of the weekend in race two and team-mate Dan Cammish impressing with his own trip to the rostrum, no other team scored more points over the course of the weekend.

Moreover, Neal’s magnificent turn at Thruxton in the Civic Type R has seen him make sizeable gains in the Drivers’ standings. He joins Cammish in the top ten with the pair now classified sixth and eighth respectively, while Honda and Halfords Yuasa Racing are primed to fight for the top spot in the Manufacturers’ and Teams’ standings too.

Turning attentions to Oulton Park, the Cheshire venue is regarded as one of the UK’s most demanding circuits with its challenging blend of sixth-gear stretches, undulating curves and heavy-braking points a true test of a chassis’ all-round strength.

It is a venue the manufacturer-backed Honda outfit has enjoyed significant success at over the years, winning six of the last 18 races to be held there.

Neal himself has triumphed at Oulton Park on seven occasions over the course of his BTCC career and is bullish about Honda’s chances with the new Civic Type R around a circuit he affectionately terms as being akin to the Nurburgring.

With two podiums already under his belt, leading BTCC rookie Cammish is targeting the top step at Oulton Park. A happy hunting ground for the Yorkshireman having tasted the winners’ champagne in the Porsche Carrera Cup GB on multiple occasions, Cammish is feeling positive about his chances.

Matt Neal:
“We head to Oulton Park in good spirits and targeting another set of strong results for Halfords Yuasa Racing. Thruxton was a wonderful weekend for myself and the entire team, one that showed just how far we have progressed with the Honda Civic Type R since the start of the season. Though we know we still have work ahead of us, it is very satisfying to already be scoring wins in a car that is surely only going to become quicker and more consistent as it develops. I love racing at Oulton Park; I think of it as a Nurburgring with its combination of sweeping curves, sections where we go maximum sixth gear and tricky hairpins and chicanes. It requires a lot of commitment but it is a circuit that has treated myself and Honda well in the past, so it is always pleasure to return. As with every event this year this is new territory for the Civic Type R, but we are ready to rise to the challenge and set our sights high.”

Dan Cammish:
“I’m really pleased with the start of my BTCC career. It’s been a steep learning curve but I am understanding more about the championship with each round. It certainly helps to have a brilliant team around me and a great team-mate in Matt. There is still plenty more to come from myself and the Civic Type R, which gives me confidence heading to Oulton Park. We won’t have too much weight on-board and qualifying has gone well in each round so far, so I believe we can get close to the front once again. I claimed a podium in my first-ever race at Oulton Park and picked up several wins there in the Porsche Carrera Cup GB, so you can be sure I will be giving it my absolute best to continue my good form next weekend.”