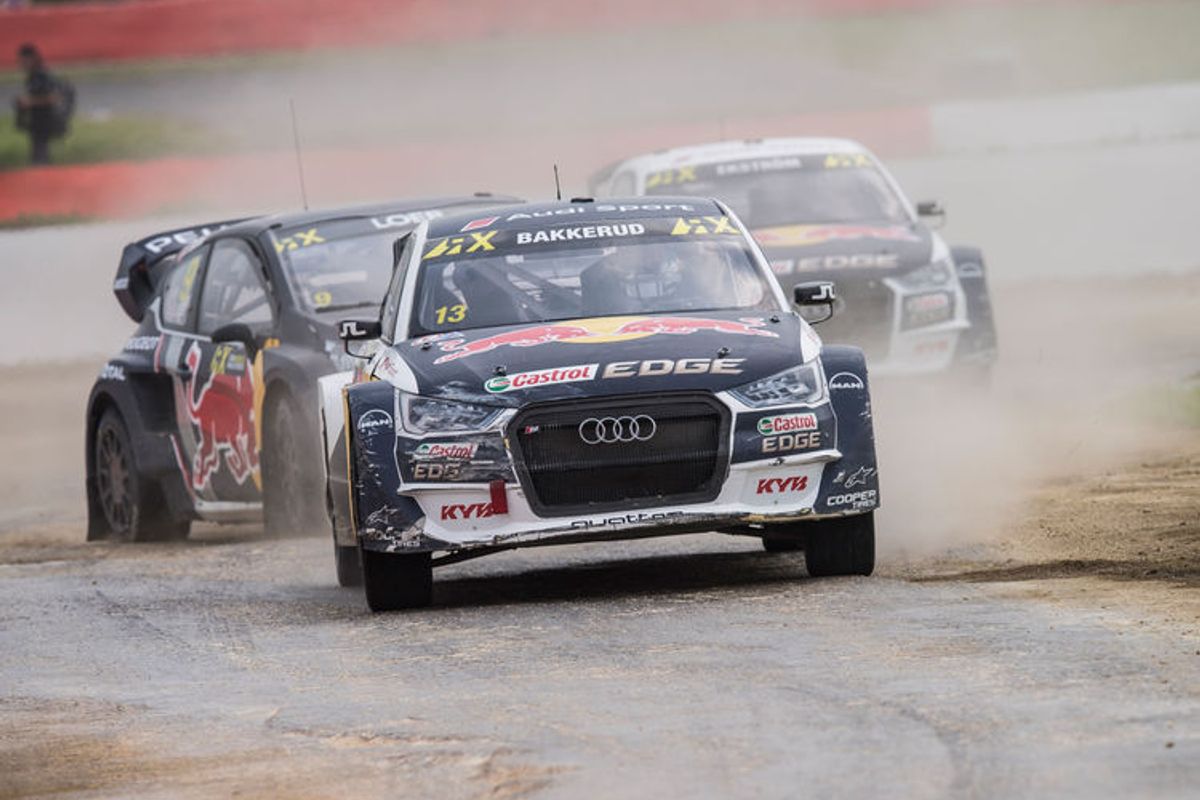 Five events in only eight weeks: EKS Audi Sport is engaged in a program of truly mammoth proportions right at the beginning of the FIA World Rallycross Championship (World RX). Next weekend, the supercars will be racing at Hell in Norway.

These are exciting times for the World RX that is to become a fully electric racing series starting in 2020: growing numbers of spectators, new festival-like events such as the most recent one at Silverstone and extremely close competition at the top. The teams supported by Audi, Peugeot and Volkswagen after four rounds are within only 23 points of each other in the teams’ classification, the top five of the drivers’ world championship within only 25 points.

They include the two drivers from EKS Audi Sport for whom Hell will be a very special event. The northernmost World RX round on the calendar is the one on home soil for Andreas Bakkerud. The Norwegian Audi driver has particularly enthusiastic fans that stand out in any paddock of the world in their bright blue T-shirts and with their chants. At their home venue they will turn out in particularly large numbers and frenetically cheer on their hero. “I’m tremendously excited about the event,” says Bakkerud who is planning various activities with his fans. “Hell is both my home round and one of my absolutely favorite tracks. Following my podium for EKS Audi Sport at Silverstone, I’m aiming for more – preferably a victory of course.”

Bakkerud has clinched one in Norway before. In 2016, he was the first driver in World RX history to achieve a perfect weekend of winning six races and scoring maximum points. Last year, he finished as runner-up at Hell.

Team Principal Mattias Ekström has previously mounted the podium at the roller coaster track near Trondheim as well. In 2016, he took third place. “The track is simply fantastic,” says the Swede. “My favorite corner is Turn 2, a downhill left-hander. That’s where you feel like the car is getting an extra power boost. The entrance to the Joker Lap is one of the best. There I go into a really great drift at high speed. The spectators have a full view of the track from practically all the seats. Plus, the race at Hell will always be a very special one for me because that’s where the EKS story began in 2014.”

Between the events at Silverstone and Hell, EKS Audi Sport tested dampers and practiced starts in Sweden in order to optimize the 580-hp Audi S1 EKS RX quattro. “We’re very strong this year,” says Mattias Ekström. “But we need to continue to improve in order to defeat the Peugeot and Volkswagen teams – and that’s our goal.”

The Finals will be shown on Sunday, starting at 2 PM (CEST) on a live stream at www.fiaworldrallycross.com.