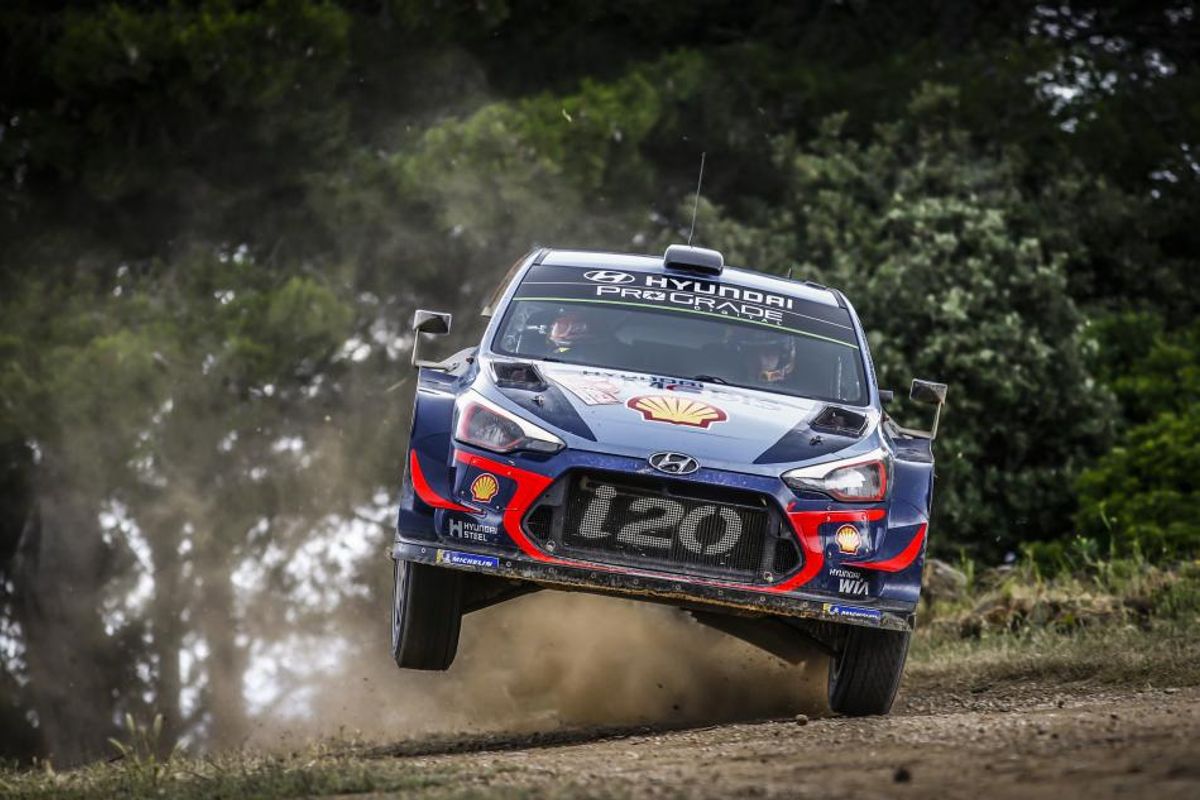 Thierry Neuville trailed Sébastien Ogier by 0.8sec ahead of the 6.96km test, but delivered a daredevil drive in his Hyundai i20 to overhaul the Frenchman and claim his third win of the season by 0.7sec. Neuville extended his championship lead over Ogier to 27 points.

It was the third smallest winning margin in the WRC’s 45-year history, matching Neuville’s dramatic success in Argentina last year when he performed a similar snatch and grab on Elfyn Evans.

The Belgian started the sun-kissed short final leg along Sardinia’s north-west coast 3.9sec adrift of Ogier. He won the opening three tests before both drivers threw caution to the wind in the finale.

Both made mistakes on the dusty, rocky tracks but Neuville emerged on top.

“I gave it everything, it was a really great fight and such a small difference at the end,” he said. “We needed to make a decision at the start of the last stage and our decision was to go for the win. We believed strongly and pushed hard.”

Ogier was far from downhearted. “We lost one battle but definitely not the war. It’s not the time to panic. I tried everything I could today but I was always losing a few tenths here and there,” he said.

The results remain provisional after a bizarre incident at the finish of the penultimate stage when Ogier hurriedly departed in his Ford Fiesta without collecting his time card. It was later delivered to him by Ott Tänak and news is awaited on whether Ogier will receive a penalty.

Esapekka Lappi eased through the final leg’s 42.04km of action to claim third in a Toyota Yaris. With big time gaps in front and behind, the Finn took no risks to secure his first podium of the season.

Hayden Paddon shrugged off lingering back pain from an accident at the previous round in Portugal to finish fourth in an i20. After restarting with a 2.1sec advantage over Mads Østberg’s Citroen C3, he distanced the Norwegian to finish 15.7sec clear.

Craig Breen completed the top six after a ‘niggly’ weekend in another C3.

The championship pauses for a mid-season break before resuming on the blisteringly fast gravel roads of Neste Rally Finland, which is based in Jyväskylä on 26 - 29 July.