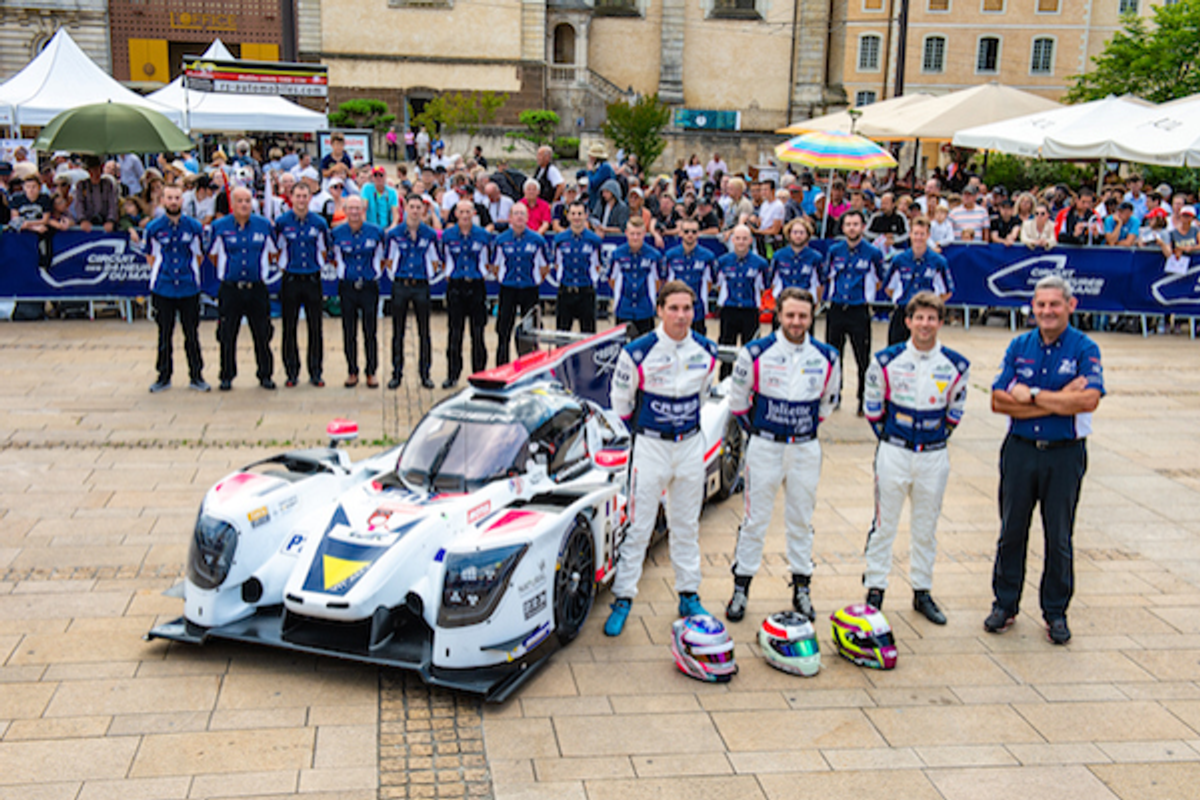 Having now completed the traditional Pesage ceremony, training and drivers’ official autograph session, French team Larbre Competition is fired up and ready to go for the 86th running of the 24 Hours of Le Mans, in which it will field a Ligier JS P217 in the LMP2 class.

Held at the Place de la Republique in downtown Le Mans, the Pesage provided the first opportunity for Larbre Competition’s driver trio of Romano Ricci, Erwin Creed and Thomas Dagoneau to be officially presented to the fans, as they received an enthusiastic welcome ahead of the French endurance classic.

On Monday, team manager Jack Leconte took his drivers to a training seminar at the Loire et Sens Hotel in Angers, as they were prepped for the twice-around-the-clock event, and was surprised with the motivation, professionalism and approach shown.

Ricci, Creed and Dagoneau returned to the Circuit de la Sarthe for a track walk, before heading back for the official ACO drivers’ meeting. They then had another chance to meet the fans during Tuesday’s drivers’ autograph session.

The three Frenchmen are now ready to tackle the 13.6 km circuit for the first time since the official test day later in today’s free practice at 16:00 and the night qualifying session at 22:00 (local time).

Jack Leconte: “We would like to thank the ACO for putting us in the group of privileged teams for the scrutineering as it was sunny on Sunday, which was not the case on Monday. There were a lot of emotions for our drivers. They know what it means and how important it is for the team. Our crew is different from all other LMP2 teams as we have three bronze-grade drivers, this is an interesting challenge as they are all very close to each other in terms of performance as we saw during the official test day. This proven regularity will be our strength.

“I was pleasantly surprised about the drivers’ commitment during our briefing and training on Monday. I have taken many crews with me to these seminars over the years, but this season they asked very good questions, which shows that they are thinking a lot about the race and do not want to leave anything unanswered. I am happy that they approach this like professionals. Then, on Tuesday morning, we came back to the circuit for serious matters with the official ACO drivers’ meeting, before going on a track walk, practising driver changes, and partaking in the mandatory 90-minute autograph session. Now we have to prepare for the practice and first qualifying sessions today. Weather forecast for the remainder of week is not great, we were hoping the sunshine would return but it looks like it will not be until Monday after the race! The team and drivers will have to be ready to switch on the all-weather driving mode!”

Romano Ricci: “Sunday was the real launch of this crazy race week! It was the first opportunity for us to mingle with the crowd, and be in direct contact with such passionate and knowledgeable fans, it was really great. When I was a kid, I did not attend the scrutineering in downtown Le Mans, only the Drivers’ Parade with my father. I remember it in 2000 when I raced here for the first time – it is still a very special occasion.”

Erwin Creed: “We were lucky that it was sunny on the official start of the Le Mans race week during scrutineering. It was very impressive, but as we are more or less rookies so we follow Jack Leconte’s advice, who has such a great amount of experience alongside his famous team. The aim is to keep calm in the build-up to the race, and even after we get underway! Our eyes have been full of stars since we arrived here but we are doing our best to not lose focus and waste important energy.”

Thomas Dagoneau: “I am delighted to be back for my second participation of the 24 Hours of Le Mans. Attending all the week’s traditional ceremonies is great for both the public and us. I have done Road to Le Mans for the past two years, but this is not the same as we only get a little taste of the actual 24-hour event, and do not have this privileged link with the public at the Place de la Republique, as well as the Drivers’ Parade on Friday, and yesterday’s autograph session. As I am from Le Mans and live here, this is very special as many fans are people I bump into on an every day basis at restaurants, or when I go to the news agents to buy a motorsport magazine! It is fun to meet them again this week and I have another privileged link with people from La Sarthe, as I have 90 commercial partners who are supporting me.”