Olsbergs MSE heads to Höljes on a high after Hell success 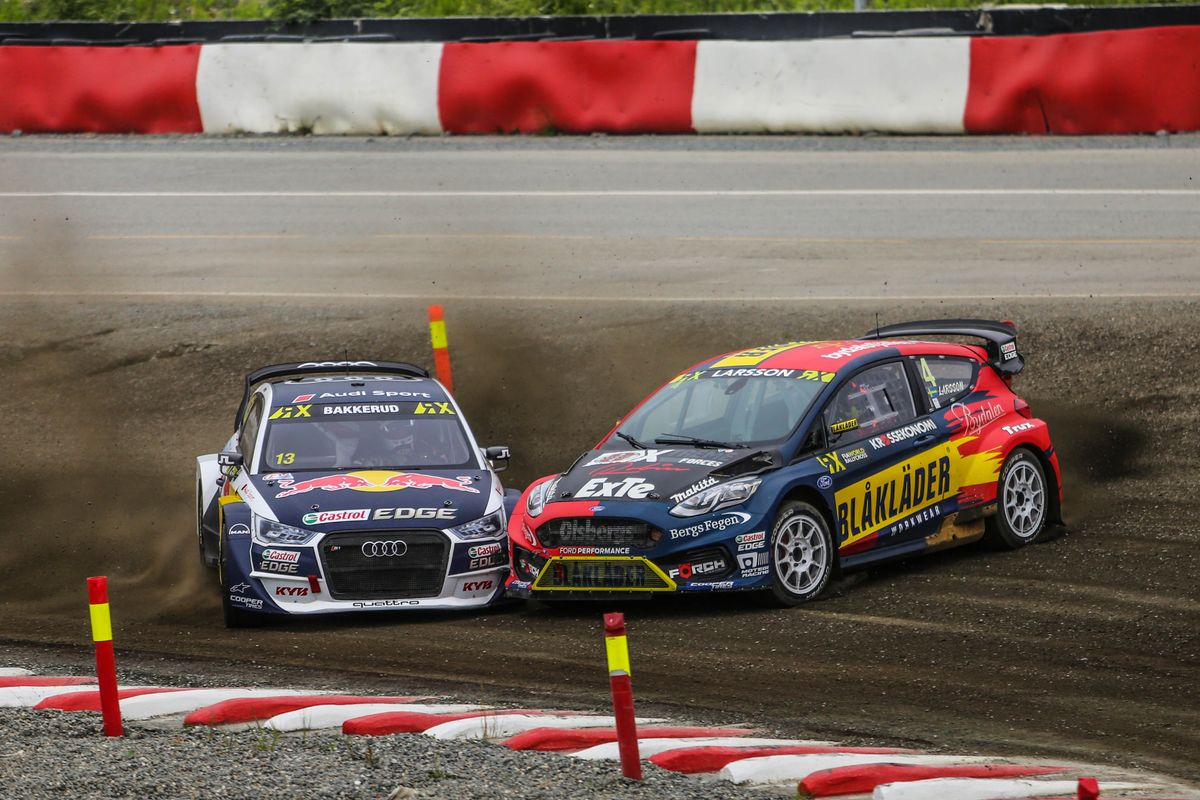 Olsbergs MSE signalled intentions ahead of its home round of the 2018 FIA World Rallycross Championship presented by Monster Energy, World RX of Sweden, with a battling performance all the way to the semi-finals for both drivers in Norway.

Armed with an upgraded Ford Fiesta ST and going up against rivals in a formidable 23-strong Supercar field at Hell, Kevin Eriksson and Robin Larsson didn’t put a wheel wrong during four hotly-contested qualifying races.

With both drivers registering a full house of top 12 results, Eriksson and Larsson comfortably progressed into the next round. The first time Olsbergs MSE has been represented with both cars at the semi-final stage in 2018, Eriksson and Larsson fought hard against tough opposition to record a pair of top five results in their respective races.

Lifting Olsbergs MSE to fifth in the Teams' standings, Larsson and Eriksson also ascend the drivers' classification to 10th and 11th respectively.

The encouraging weekend comes as the former champions turn their full attention to round six at the iconic Höljes track for World RX of Sweden (30 June – 1 July). Much like Olsbergs MSE itself, the venue is synonymous with rallycross' Nordic heritage, making another strong result there one of the team's key targets.

Robin Larsson (Championship Position: 10th)
"It was a trouble-free and competitive weekend in Hell, one that puts us in a positive frame of mind for the big one next up at Höljes. With the car improving each time it heads out on track, it’s gratifying to know we are closing the gap on the manufacturers ahead. We will be right in the hunt for the final at Höljes, a track we know very well and where the Fiesta should excel."

Kevin Eriksson (Championship Position: 11th)
"The car took a big step forward in Norway, which shows all the hard work we are putting in is beginning to pay off. The package is coming together and this puts us in a promising position for Höljes, where the Fiesta should be very strong. The loud home support alone will be worth those precious few tenths and I go there with a clear target to reach the final… from there anything is possible!"

Andreas Eriksson, Olsbergs MSE Team Principal
"This was our strongest weekend of the season so far and it is pleasing to see the team make a good step forward when we know there is more to unlock from the Fiesta ST. We are learning more and more about this car each time we take it out on track, so the results will only get better. The competition is tough but Kevin and Robin were right in the thick of the action from the start last weekend and a double semi-final gives us reason to be positive heading to our home round at Höljes, where the huge crowds get right behind the team and give the drivers that extra boost to perform."