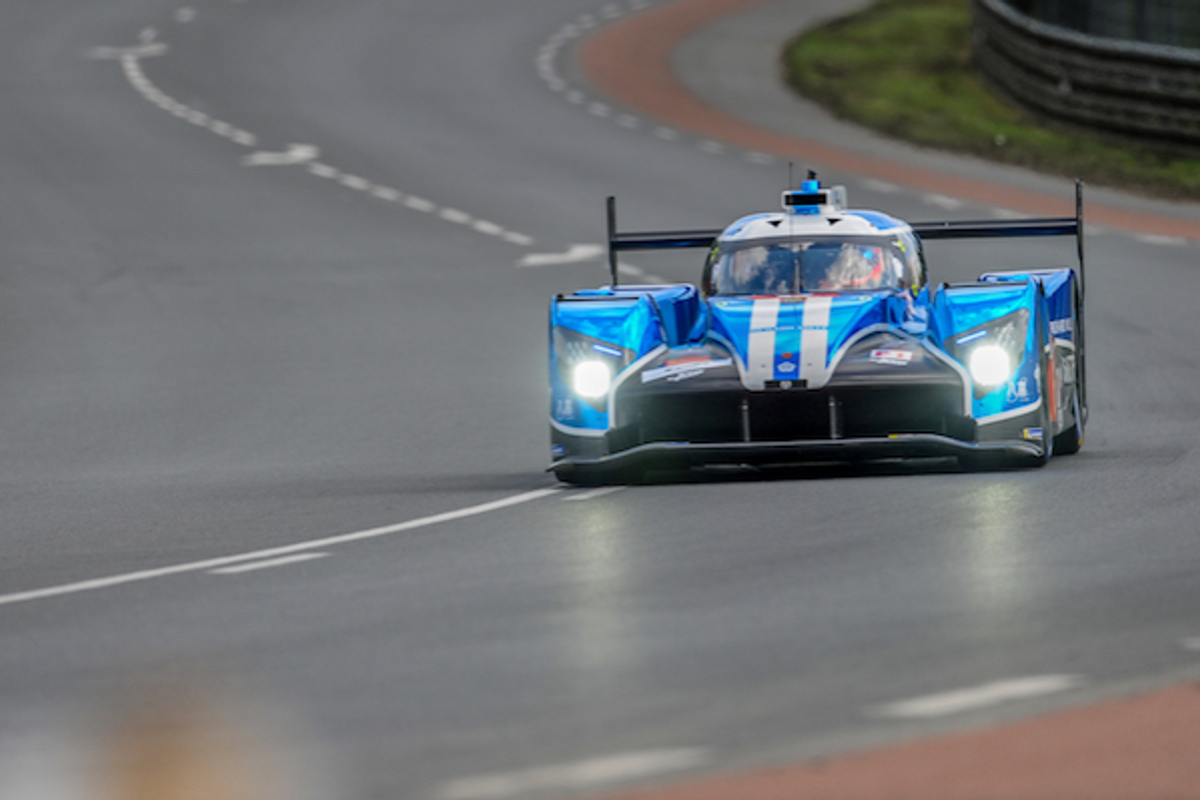 Mecachrome Motorsport, which powers the Ginetta G60-LT-P1 cars in the FIA World Endurance Championship’s LMP1 class, are happy with the progress made during the Le Mans 24 Hours practice and qualifying sessions, as they continually improved their lap times over the two days.

Powered by the 3.4-litre turbocharged V6, the CEFC TRSM Racing-Ginetta prototypes completed a combined total of 109 laps throughout the four sessions, despite starter motor and electrical issues.

The #6 machine, which is driven by Oliver Rowland, Alex Brundle and Oliver Turvey, had a peculiar electrical problem in Wednesday’s free practice. At the end of the session, the engine was also affected by these issues, which could not be detected quickly. The Mecachrome engineers decided to change the V6 unit, and were able to do so in less than two-and-a-half hours.

The engine was sent back to the factory in Aubigny-sur-Nère and the exact cause of the problems has not yet been found.

“Mechanically, the engines ran trouble-free during practice and qualifying,” declared Managing Director of Mecachrome Motorsport, Bruno Engelric. “The team had a few issues with the starter motor in both cars, which is quite unusual as it’s the exact same one they use in LMP2, so there is no reason why this should be happening. It seems to be the way it’s mechanically connected that is causing problems, not the internal combustion engine itself.”

Despite completing just a few laps in practice, Mike Simpson confirmed the Ginetta-Mecachrome’s pace aboard the #5 car, posting a 3:25.203 that was good enough for ninth overall. The team focused on clean running during Wednesday qualifying, as the drivers completed their mandatory five night laps.

Qualifying two on Thursday evening saw the Ginettas complete more miles than of any of the non-hybrid LMP1 entries, as both cars improved their times again. Rowland then posted a 3:23.757 in final qualifying to cement the #6 car’s grid spot of ninth, as the #5 machine, which was initially classified in 10th, had its fastest time removed after not stopping for scrutineering checks.

“It was a very positive day for us, as we had no engine-related problems whatsoever,” said Engelric. “In the third qualifying session we couldn’t start the #5 car, but this was not an electrical issue either, we think it had something to do with the battery.

“We have started to tune the engine to maximise the fuel flow allowance (FIA limit of 108 kg/hour) on both cars. The lap time is improving constantly as the drivers get more comfortable behind the wheel and we will now compare the data collected from each session to look at how we best approach Saturday.

“The two engines that did qualifying will be in the car again for the race and they are capable of completing the full distance, although we have to be realistic with our expectations considering the limited number of laps turned during testing.”

Next for Mecachrome Motorsport and Ginetta will be the 45-minute warm-up on Saturday morning, before the 24 Hours of Le Mans officially begins at 15:00.les