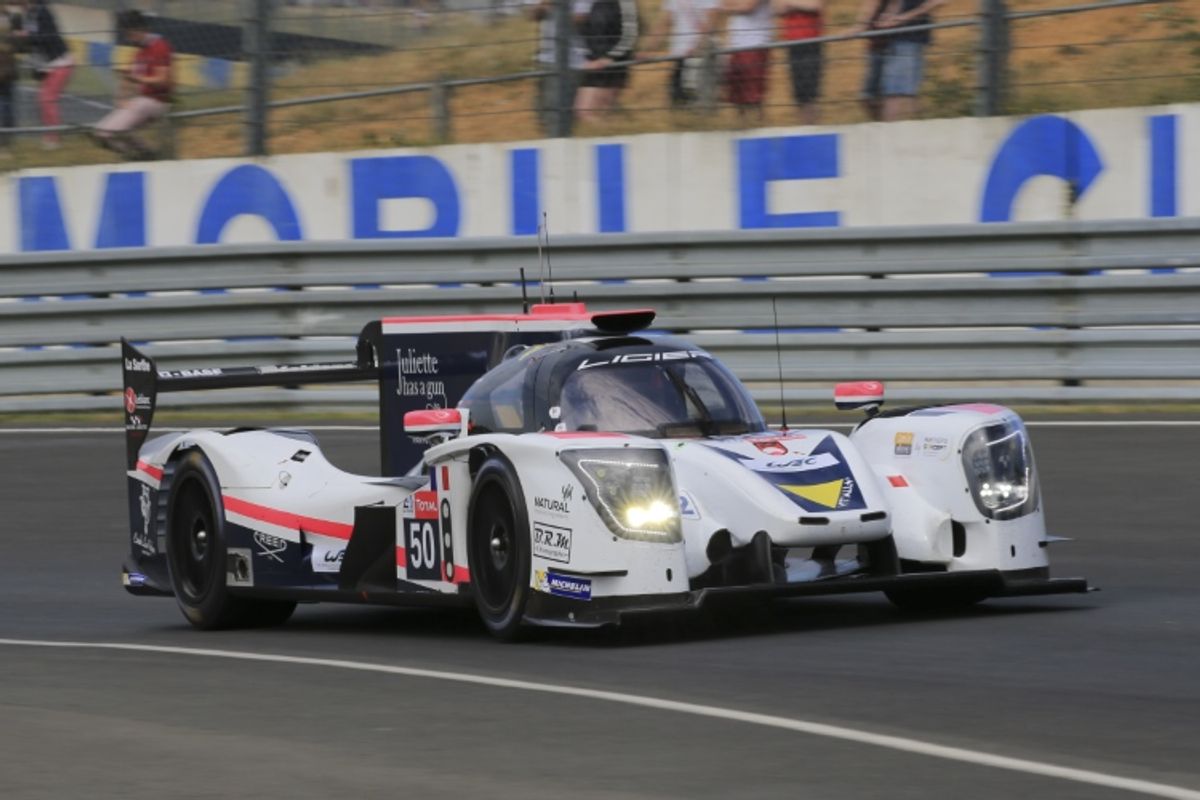 Larbre Competition encountered several issues during the night and morning running of the 24 Hours of Le Mans, but the mechanic’s excellent work sees the French squad running 16th in the LMP2 class with just a few hours remaining.

Whilst circulating just outside the overall top-20 as the race entered the early hours of Sunday morning, an alternator issue on the #50 Ligier JS P217 saw driver Thomas Dagoneau come in for repairs.

The experienced mechanics minimised time lost in the pit lane, sending Romano Ricci on his way, with the darkness well and truly settled over the legendary Circuit de la Sarthe.

Towards the end of his final stint, the car suffered a slow puncture, which lost the Val de Vienne-based squad more time. Another quick repair saw the #50 machine emerge as the 16th best-placed LMP2 challenger, with the sun rising over the 13.6 km circuit.

Erwin Creed and Dagoneau completed positive stints during the race’s most difficult period, with a number of slow zones disrupting much of the running.

Ricci then took over for his morning stint and had a spin on the entry to ‘Karting’, hitting the wall and getting stuck in the gravel trap. The car then had to be lifted out by the recovery vehicle, with the Frenchman driving the #50 Ligier back to the pits.

After repairing both the front and rear of the car, Larbre Competition was still able to get out 17th in class, which then turned into 16th shortly after returning to the track. The aim for the five-time Le Mans class winners is to now have a clean run to the chequered flag in order to successfully complete its 25th participation in the twice-around-the-clock event.

Romano Ricci: “This is always the most difficult point of the race. You really have to keep focused to not make any mistakes. Unfortunately, I had a spin and made light contact with the barriers. The car was stuck in the gravel trap, but once it was recovered I was able to limp it back to the pits. The mechanics did a great job in repairing the car and getting us back out there as quickly as they did.”

Erwin Creed: “There were quite a few caution periods during the morning for several incidents, demonstrating how difficult this race is. The most important thing is that we have made it this far and the end is almost in sight. We must not get too excited because anything can happen, so we are 100 per cent focused on doing a smooth run to the end and getting the car across the finish line.”

Thomas Dagoneau: “We had some issues in the early hours of the morning, but overall we can be satisfied with the performance. The team have demonstrated what makes them so popular here at the Le Mans 24 Hours, they have helped greatly in getting the best out of us drivers. It’s been an incredible experience so far but it’s not over yet, so we have to keep calm and finish the race in the best possible way.”