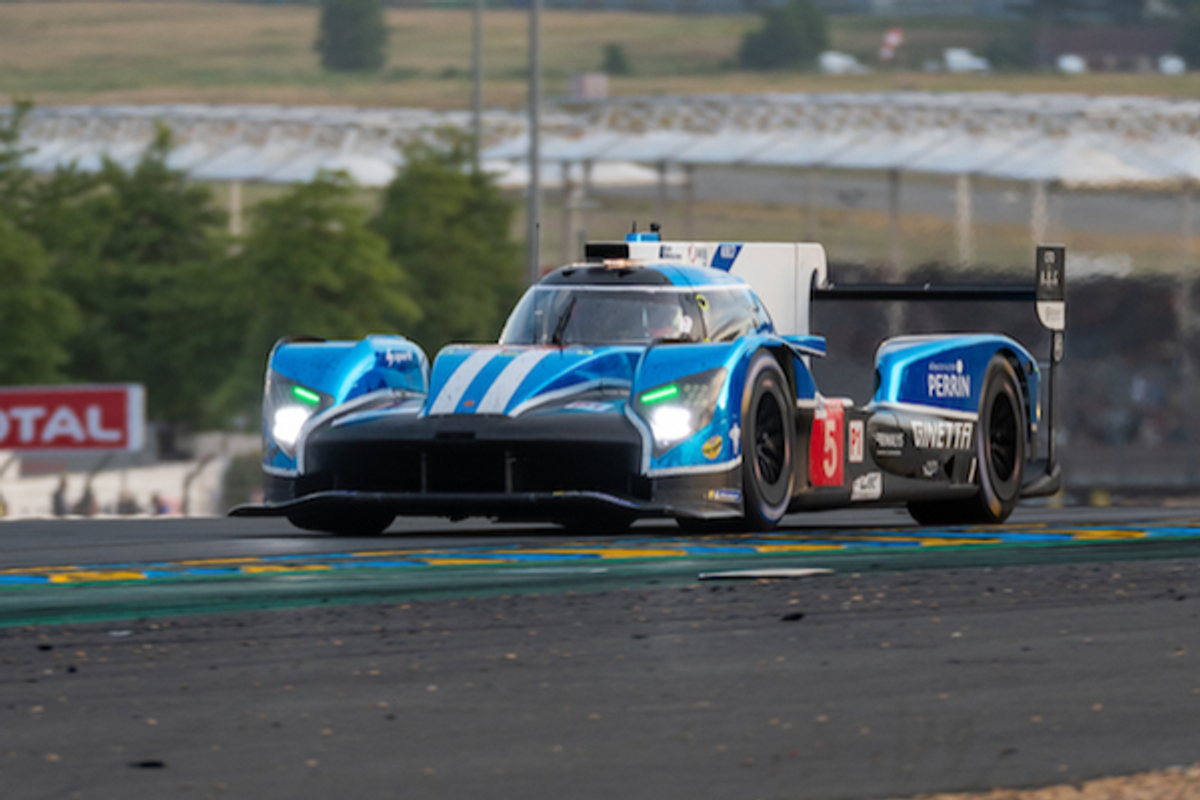 It was a baptism of fire for Mecachrome Motorsport, Ginetta and the CEFC TRSM Racing squad in the 86th edition of the Le Mans 24 Hours, as their tremendous efforts were rewarded with a third-place finish of the non-hybrid LMP1 entries.

The #5 car overcame many hurdles to cross the finish line fifth in the top prototype class at the legendary Circuit de la Sarthe, with driver trio Charlie Robertson, Mike Simpson and Leo Roussel all taking turns in the cockpit of the Mecachrome-powered Ginetta G60-LT-P1.

Prior to the French endurance classic, the direct-injected 3.4-litre turbocharged V6 had completed less than 2,500 km on board Ginetta’s new-for-2018 prototype, which is entered in the 2018/19 FIA World Endurance Championship ‘Super Season’.

The two Le Mans cars ran a combined total of 109 laps during the practice and qualifying sessions on Wednesday and Thursday, lining up ninth and 10th in the LMP1 class ahead of the world’s greatest endurance race. Both the #6 car, driven by Oliver Rowland, Alex Brundle and Oliver Turvey, and the #5 machine made strong starts, running fifth and seventh in class respectively after 120 laps.

Electrical issues hindered both cars’ progress, which eventually led to the lead #6 car having to retire from the race at around the halfway point, when it stopped on track at the first chicane.

The #5 continued to climb the order with further minor electrical problems, but in the early hours of Sunday morning the team found an issue with the clutch master cylinder and spent a lengthy period of time in the garage to repair it. Mecachrome Motorsport and Ginetta mechanics used this time to replace the intercoolers and air filter, which was blocked with various debris, reducing the efficiency.

As the race approached the final few hours the alternator stopped delivering the current, which led to another extended time in the garage. Ginetta, CEFC TRSM Racing and Mecachrome Motorsport refused to give up though, bringing the car out in the final moments to take the chequered flag and officially complete its first Le Mans together.

Managing Director of Mecachrome Motorsport, Bruno Engelric, said: “It was not an easy race, when you come to Le Mans you don’t know how far you can go. We never really did an endurance test to simulate a 24-hour race and there was no reason for us to believe we could finish. The engine ran without issue until the final moments, where we had to run the last hour on batteries in place of the broken alternator. We will have to investigate what happened here, as this is Mecachrome Motorsport’s responsibility.

“Overall, we are very proud to be part of this incredible project. Ginetta, Manor and Mecachrome were all fully behind it and never gave up. Together, we could be a strong team for the future in the World Endurance Championship and I look forward to the coming races at Silverstone, Fuji and Shanghai this year. I would also like to send a huge thank you to the one who initiated it all, Lawrence Tomlinson, as well as Graeme Lowdon, John Booth and the management at Mecachrome, who have given their full backing for this joint venture.”

For more than 35 years, Mecachrome Motorsport have been a major player in the motorsports sector. Having supplied Renault’s Formula 1 engines since the late 1970s, Mecachrome have tasted success with Williams, Benetton, Red Bull, Lotus and Renault themselves. In 2005, Mecachrome were selected to build and develop the GP2 Series’ engines, and continue to do so in the newly-named FIA Formula 2 Championship alongside their GP3 Series project (which began in 2016). Now, they are making their first foray into the World Endurance Championship, supplying engines to LMP1 teams ahead of the 2018/19 Super Season.