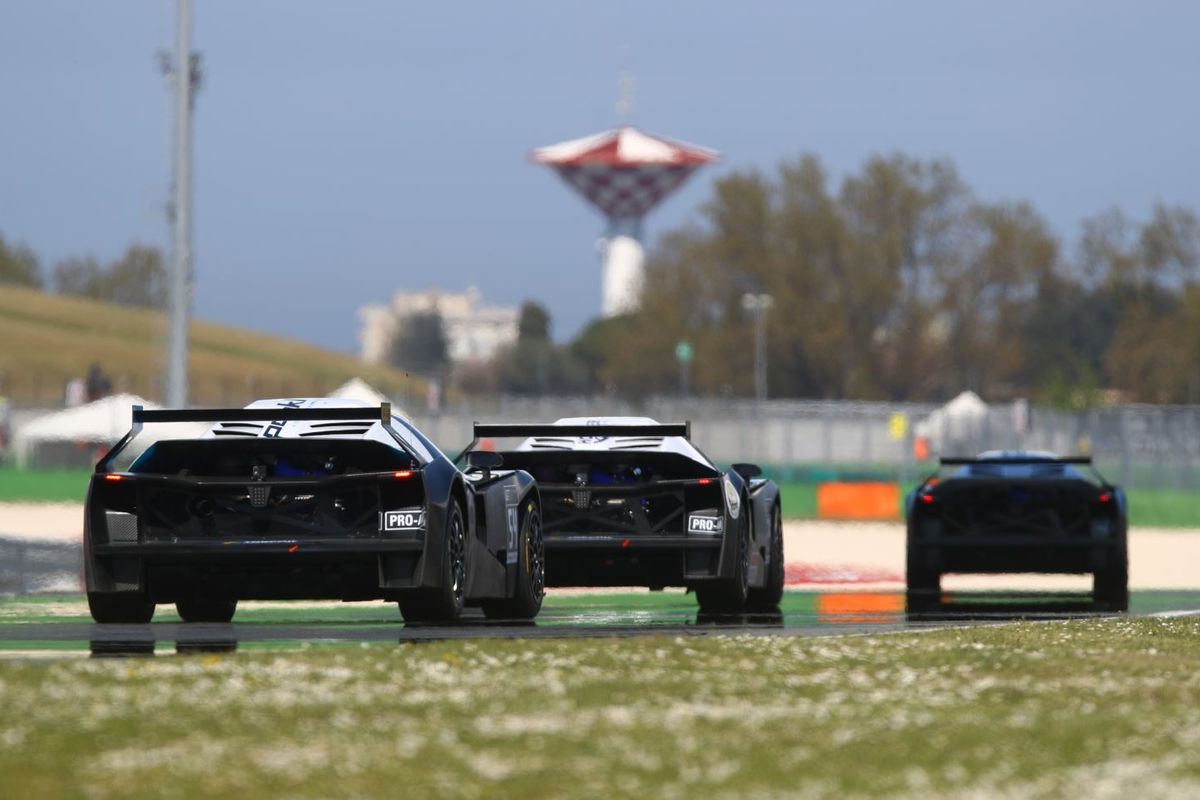 he GT4 European Series is ready for round three of the 2018 season at the Misano World Circuit this weekend. The grid will be packed again, with 44 cars set to compete on the 4.2 kilometer long track, situated on Italy's northern Adriatic coastline.

SILVER CUP: AUDI, GINETTA OR SOMEONE ELSE?

In the Silver Cup, the Phoenix Racing and HHC Motorsport drivers are separated by just three points ahead of the third round. Points leaders Milan Dontje and Nicolaj Møller-Madsen in the #5 Phoenix Racing Audi R8 LMS GT4 and Stuart Middleton and Will Tregurtha in the #55 HHC Motorsport Ginetta G55 GT4 each scored two wins this season and the two crews are eager to win again in Italy. Last season, Møller-Madsen won the second race at Misano, albeit in a different car.

MDM Motorsport will try to finish as high as possible, knowing that consistency is the key to success in the GT4 European Series. Defending champion Max Koebolt and Simon Knap took two second-place finishes last time out and are now third in the Silver Cup, 14 points behind Dontje and Møller-Madsen.

PRO-AM: WHO CAN STOP SCHWEDE MOTORSPORT?

In Pro-Am, Schwede Motorsport drivers Marc Basseng and Phillip Bethke aim to add more wins to their total. The German drivers won three of the four races so far, scoring 93 points so far. Racing One's Csaba Mor and Patrick Zamparini hope to bounce back after a less successful weekend at Brands Hatch, which resulted in the pair now trailing the points leaders by 32 points.

The battle for third place is on between Phoenix Racing drivers John-Louis Jasper and Jörg Viebahn on one side and W&D Racing Team drivers Massimiliano Tresoldi and Paolo Meloni. The Italian-Sammarinese pair hopes to finish their home race on the podium.

The Pro-Am class will be the biggest class this weekend, with 18 cars lined up to battle for victory on the tight and twisty Italian circuit. Bullitt Racing, V8 Racing, 3Y Technology, Street Art Racing, Academy Motorsport, RN Vision STS and Team GT will do their utmost to finish on the podium.

AM: AUTORLANDO SPORT IN WINNING MOOD AHEAD OF HOME RACE

Autorlando Sport won both races at Brands Hatch and the team from Pedrengo hopes to repeat that performance on home soil. Alessandro Giovanelli and Giuseppe Ghezzi are just three points behind CMR's Eric Mouez and David Loger. Orlando Redolfi's team also claimed victory in one of  last year's races.

The battle for the Am category points lead is a three-way battle, with Porsche Zentrum Oberer Zürichsee by TFT Racing's Niki Leutwiler trailing Mouez and Loger by five points. The Swiss drivers hopes to bounce back from a no-score in race two at Brands Hatch, where he was taken out of the race by a fellow competitor.

Selleslagh Racing Team, Las Moras Racing Team by Equipe Verschuur, 3Y Technology and Allied-Racing will also battle for victory at Misano, bringing the total number of cars in the Am category to ten.

Lukasz Kreski and Maciej Marcinkiewicz are set to return to the GT4 European Series at Misano this weekend, competing in the Am class. The eSky WP Racing Team drivers, focusing on the GT4 Central European Cup this season, raced in selected GT4 European Series rounds in 2017. Their return also means the first appearance of a Maserati GranTurismo MC GT4 in the series this season.

Sven van Laere is unavailable this weekend, which means Liesette Braams will race the #11 Las Moras Racing by Equipe Verschuur McLaren 570S GT4 alone in the AM class. In 2014, Braams scored a class win and a second-place finish at Misano, results she would like to match in 2018.

True Racing has changed its lineups for Misano. Laura Kraihamer will move to the #23 KTM X-Bow GT4 and will race with Eike Angermayr, while Ferdinand Stuck joins Reinhard Kofler in the #22 entry.

Academy Motorsport will only run one Aston Martin Vantage GT4 at Misano. The team's second car was damaged in an accident at Le Mans last week and given the team's busy schedule there was no time to replace it.

Unlike recent years, the GT4 European Series will not race at night. On-track action begins with Free Practice 1 on Friday at 14.00, followed by a second one-hour session at 17.50. Qualifying for the two races will take place on Saturday, at 9.30 in the morning, with the first race of the weekend set to get underway at 15.30. Race 2 is scheduled to take place on Sunday morning at 11.10 local time.