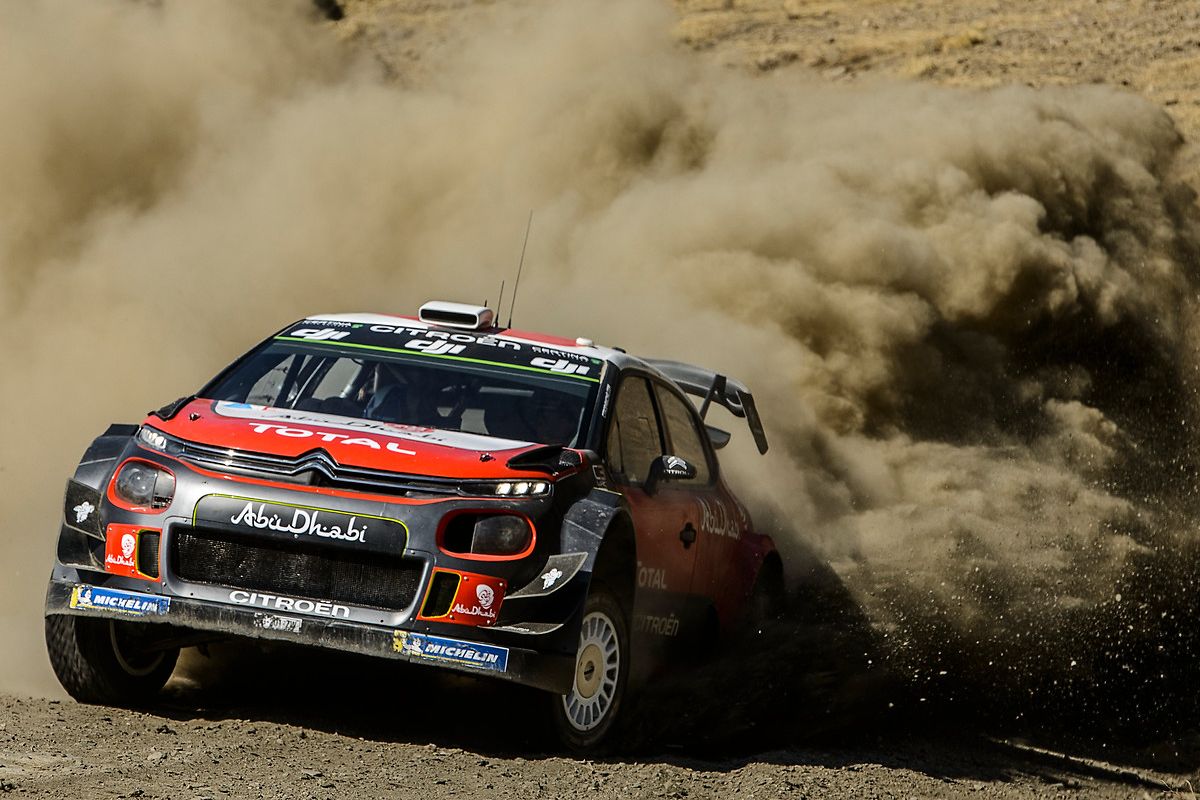 As initially planned, Sébastien Loeb will compete in the second C3 WRC in Spain (25-28 October) on his third and final appearance of the year in the WRC, after competing in Mexico and Corsica. Khalid Al Qassimi will drive a third C3 WRC in Finland, Turkey and Spain.

Citroën Total Abu Dhabi WRT has chosen to build on the work already done by Mads Østberg so far this season by offering him a seat in the second C3 WRC at the remaining rounds of the championship. The notable exception to this being in Spain, where Sébastien Loeb will drive the second car, as initially planned.

Mads Østberg finished sixth on his maiden outing in the C3 WRC in Sweden, despite a lack of time in the new car, and managed sixth again in Portugal on his first rally on gravel in the French WRC. The 30 year-old Norwegian then claimed fifth position in Sardinia. He has also settled in again quickly at a team that he knows well, having raced on behalf of Citroën for two years in 2014 and 2015, during which time he claimed seven podium finishes.

Whilst Rally Turkey will be new for everyone, Østberg boasts a good record at the other events he will be tackling in the second half of this season, having scored podium finishes in Finland (3rd in 2013 and 2015) and at Wales Rally GB (2nd in 2011 and 3rd in 2014), with his best performances in Germany and Australia achieving fourth (2012) and fifth (2013) respectively. All of which shows he can be competitive on all surfaces.

Pierre Budar, Citroën Racing Team Principal: "We are now entering a rebuilding phase, already looking ahead to 2019, but before that, we have to finish this season as well as possible. And Mads, both due to his experience of the world championship and with the C3 WRC, can undoubtedly help us to move forward in a calm, relaxed manner. He is consistent and that is reflected in the many minor places he has collected at almost all the events. He has also settled back into the team very smoothly."

Mads Østberg: "I'm delighted to have the opportunity to continue competing for Citroën Racing. It was great to be back with the team for the first three rallies, having previously worked together a few years ago now. I'm honoured by the trust that the brand and Pierre have placed in me. I'll be giving everything I can to pay them back in the best possible way at the next few rallies, especially as I'm starting to become familiar with the C3 WRC now and Rally Finland is coming up soon, my favourite weekend of the season. I'm convinced that we have all the qualities required to do well on these five additional appearances."