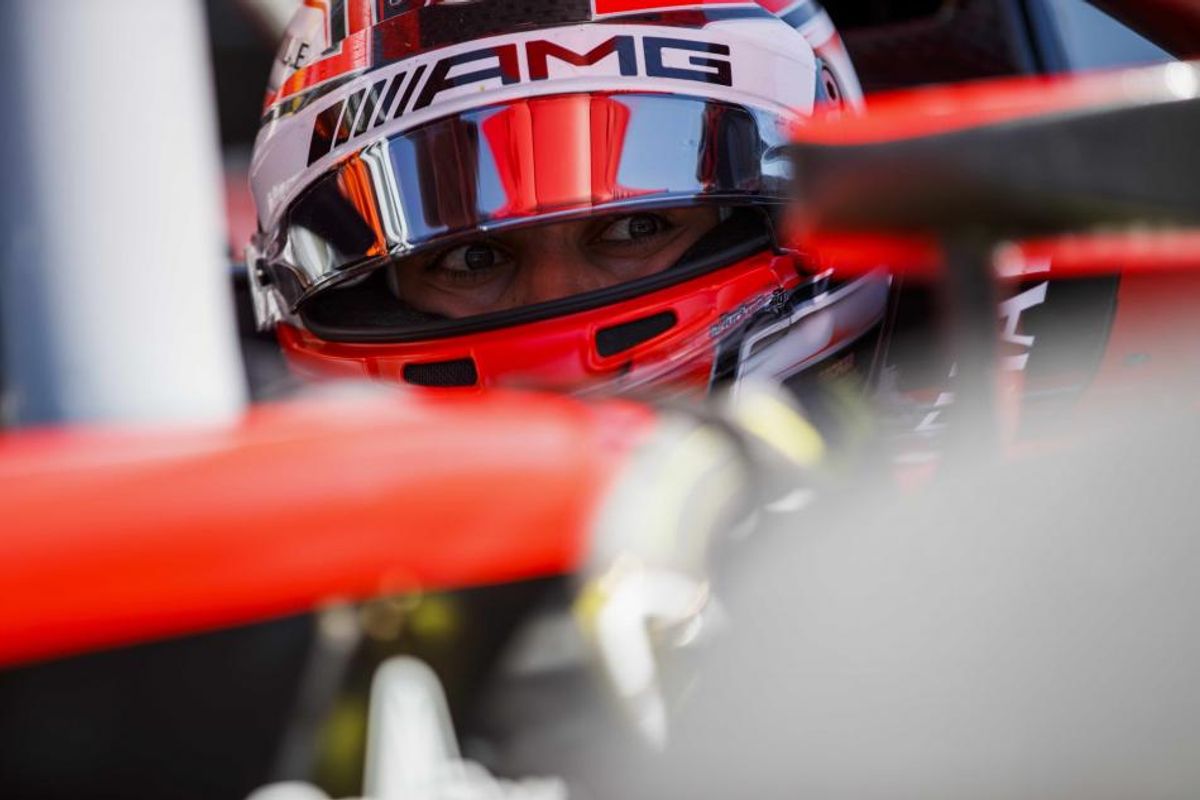 The high temperatures at the Circuit Paul Ricard dropped in time for the late afternoon, and Maximilian Günther led the field out of the pits, pipping Trident pair Santino Ferrucci and Arjun Maini onto the circuit. Günther set the first flying lap, which was promptly put in the shade by Ferrucci and Norris as they clocked in their opening runs.

Russell was next to cross the line, finding a lap in the 1m45s to lead the way as Albon slotted in behind having fallen short by a tenth. Meanwhile, Nyck de Vries was unable to take advantage of his latent pace, clocking in a time just two-hundreths of a second behind Russell’s benchmark. After the first ten minutes of the session, Russell then raised the bar higher, shaving half a second out of his best time with a trio of purple sectors.

A mid-session lull - as the 20 drivers switch to fresh sets of supersoft tyres - was punctuated by an exploratory run from Ferrucci, who had suffered from a stuck throttle pedal. The American was able to recover, and led the field out for the second phase of qualifying inside the final ten minutes, followed in hot pursuit by Jack Aitken and Sergio Sette Camara.

Picking up from where he left off, Russell set a new fastest first sector, but de Vries quickly moved the goalposts. The Dutchman’s hopes of a first 2018 pole were quickly dashed as the PREMA driver suffered from a mechanical issue after Russell had found even more pace. Norris thrust his way into second place, but Albon overhauled the British driver on his final fast lap to join Russell on the front row of Saturday’s grid.

Sette Camara - returning from the hand injury he sustained in Monaco – made it an all-Carlin second row behind Norris, as Luca Ghiotto took fifth place. Aitken starts from sixth with Artem Markelov seventh, with de Vries left in eighth place having been unable to complete his final flying lap. Louis Deletraz and Nicholas Latifi completed the top 10.