French GP: An accident at the start, duels on track and a well delivered a third for Kimi 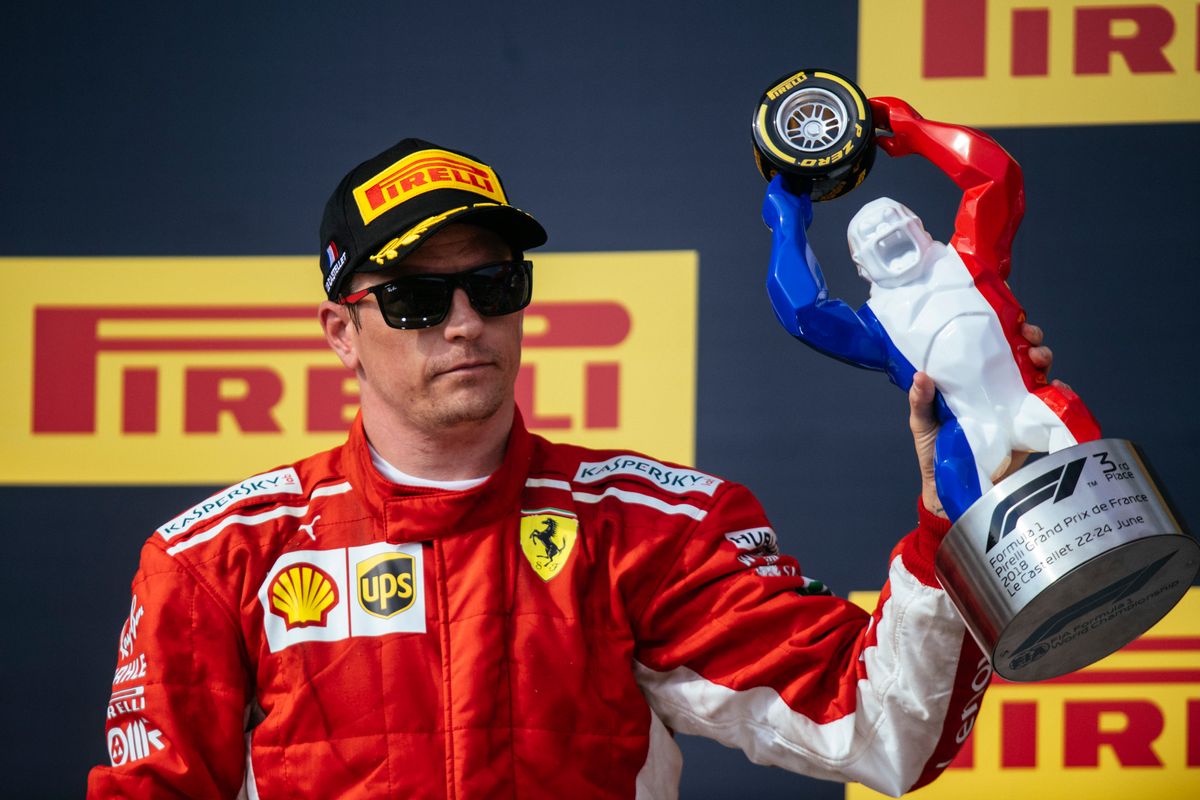 Ferrari made the best of what turned into a bad situation right from the start.

STORY OF THE RACE. “Nose damage” shouted Seb: just moments from the start, a collision with Bottas at Turn 1 produced damage that was clear to see. The Safety Car came out immediately because of a collision between Ocon and Gasly and the number 5 Ferrari pitted for a new nose, while Bottas also came in with a puncture. Seb took on Softs, the hardest tyre, in order to rejig the race strategy. Kimi was now seventh after also having a moment braking into the first corner.

5 laps later and the race was on again. Seb went round the outside of Alonso, who spun and Kimi got the better of Leclerc. Vettel gained a further two places before use of DRS was authorised. Kimi passed Magnussen to go fifth. Seb had just passed Vandoorne to close in on the points zone when the stewards handed him a 5 second penalty for the earlier collision. Further up the order, Kimi showed that the SF71H had a strong race pace as he next passed Sainz.

On lap 12, Vettel pulled a great passing move on Hulkenberg to go tenth and next on his list was Perez, followed by Grosjean. On lap 16, Kimi set the fastest lap, as Seb now passed Leclerc and Magnussen for sixth place.

Lap 20 and Seb got past Sainz, at the start of lap 30, Ricciardo pitted and this time Sebastian managed to stay ahead, without counting the penalty. With 20 laps to go, Hamilton pitted, which meant Kimi was leading, before he too pitted to change tyres, going from Ultra to Supersoft. On fresher tyres, Ricciardo managed to get ahead of Seb who now found himself ahead of his team-mate. Then Raikkonen put in a super lap in 1’34”819 and soon after Seb left the way clear for his team-mate who was racing Bottas. Indeed, it was Valtteri who came in for Supersofts but it was a slow stop. Ferrari reacted, bringing Vettel in for Ultrasofts, sitting there for longer to take the penalty too, comfortably maintaining his position.

Last few laps: Raikkonen was very quick and had Ricciardo in his sights, but there were backmarkers to be dealt with. The first scrap came at the start of lap 47 and then Kimi made the decisive move at the chicane and was in a podium position. Right at the end the Virtual Safety Car was used after Stroll went off. Scuderia Ferrari picked up 25 points, which one minute into the race had seemed an impossibility. It was down to the determination of the drivers and the cool headed approach of the guys on the pit wall.