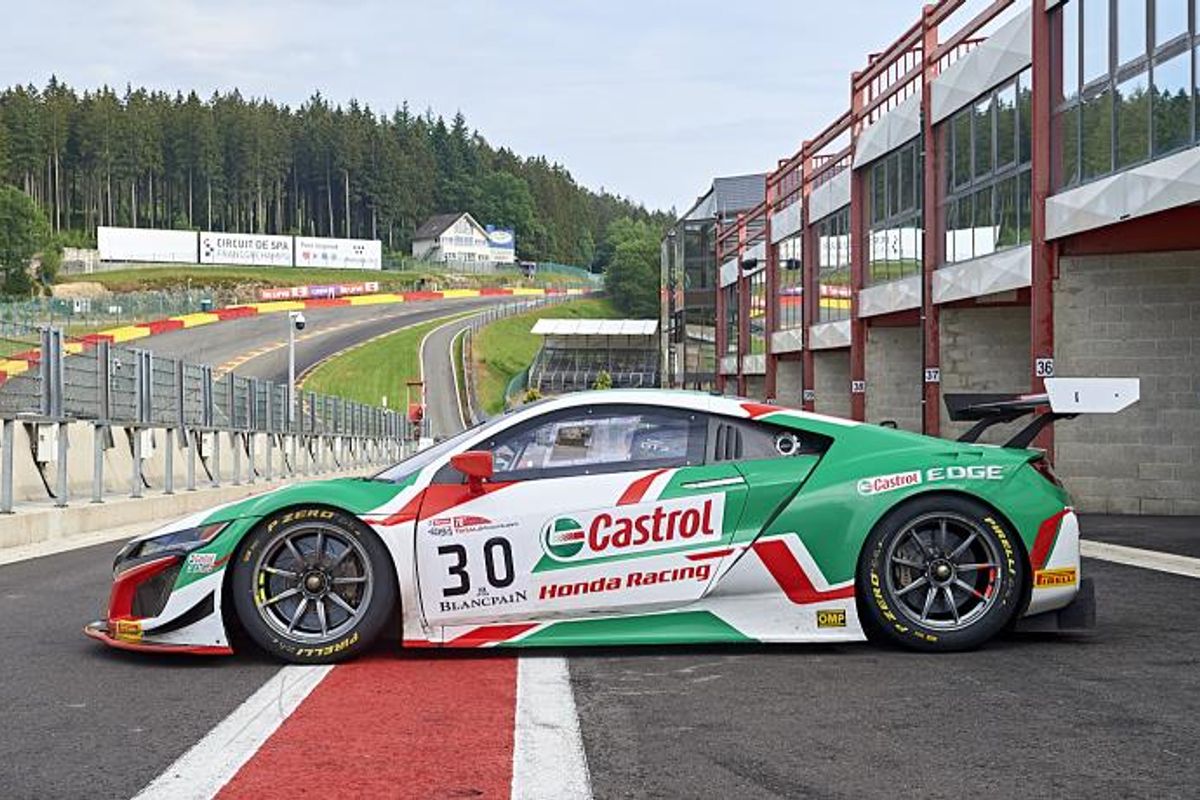 Castrol Honda Racing has announced that Riccardo Patrese and Loic Depailler, have completed the line-up for the 24 Hours of Spa on July 26-29.

The car is entered in the pro-am category, which requires a minimum of two ‘bronze’ FIA classified drivers alongside the pros.

Aged 64 and therefore automatically classified ‘bronze’, Riccardo spent 17 years racing at motorsport’s highest level and was a winner in both Formula 1 and the World Sportscar Championship.

Becoming the first driver to start 200 Formula 1 grands prix, the Italian won six times and scored 37 podiums. He was the World Championship runner-up spot in 1992 and also, significantly, triumphed at the 1985 Spa 1000km sportscar race.

Frenchman Loic is best-known as Co-Editor-in-Chief of Top Gear Magazine in France and is one of the most highly-respected automotive journalists in his homeland.

The son of grand prix winner Patrick Depailler, Loic was born with motorsport in his blood and after competing full-time in Formula Renault during the 1990s, moved into sportscars and took a number of top-six finishes in the FIA Sports Car Cup in Europe and Grand-Am in the USA.

In recent years he has contested selected events around his busy schedule and made appearances in French GT and Clio Cup and the Le Mans Classic.

Both drove the NSX GT3 at Cervesina, Italy, last month, and again at the official 24 Hours of Spa test the following week as they sought to familiarise themselves

The NSX GT3 made its competitive debut in 2016 and became a race winner in the North American-based IMSA WeatherTech Sports Car Championship and the Pirelli World Challenge in its first full season of competition.

Riccardo Patrese said: “Spa-Francorchamps has been one of my favourite circuits for a long, long time and I thought I’d raced there for the last time 25 years ago, so when I was given the opportunity to join Castrol Honda Racing and drive such an exciting car as the NSX GT3, I couldn’t say no. The car handles very well and is nice to drive in the high-speed sections as well as the slower corners. I haven’t had too much seat time in the car yet so I’m re-learning things every time I complete another lap, but I’m excited about the race, the car and to work again with a team and breathe in the atmosphere of a race.”

Loic Depailler said: “I’m thrilled to be taking part in the Spa 24 Hours for the first time, and to do it with such an iconic brand as the NSX. Right now we’re probably in the most competitive era of GT racing there has ever been and the entry list for Spa is staggering in its quality and size. The pro-am division is packed with strong drivers and teams and I’d put ourselves in among that. Esteban has been testing this car since the start of the year and Bertrand is one of the fastest drivers in SuperGT, while Riccardo has so much race experience that I’m sure I can learn something from all of them and push myself to new limits with the car.”

Alessandro Mariani, CEO JAS Motorsport, said: “We have an incredibly exciting line-up confirmed for the 24 Hours of Spa. Bertrand and Esteban are two excellent professionals, but as a pro-am entrant, we had a very big decision to make to ensure our two bronze drivers were able to contribute to a successful event. In Riccardo we have an incredibly experienced driver who has driven thousands of laps around Spa during a successful career in Formula 1 and sportscars, while Loic has proven his ability in many different racing series and is excited to be a part of our team.”