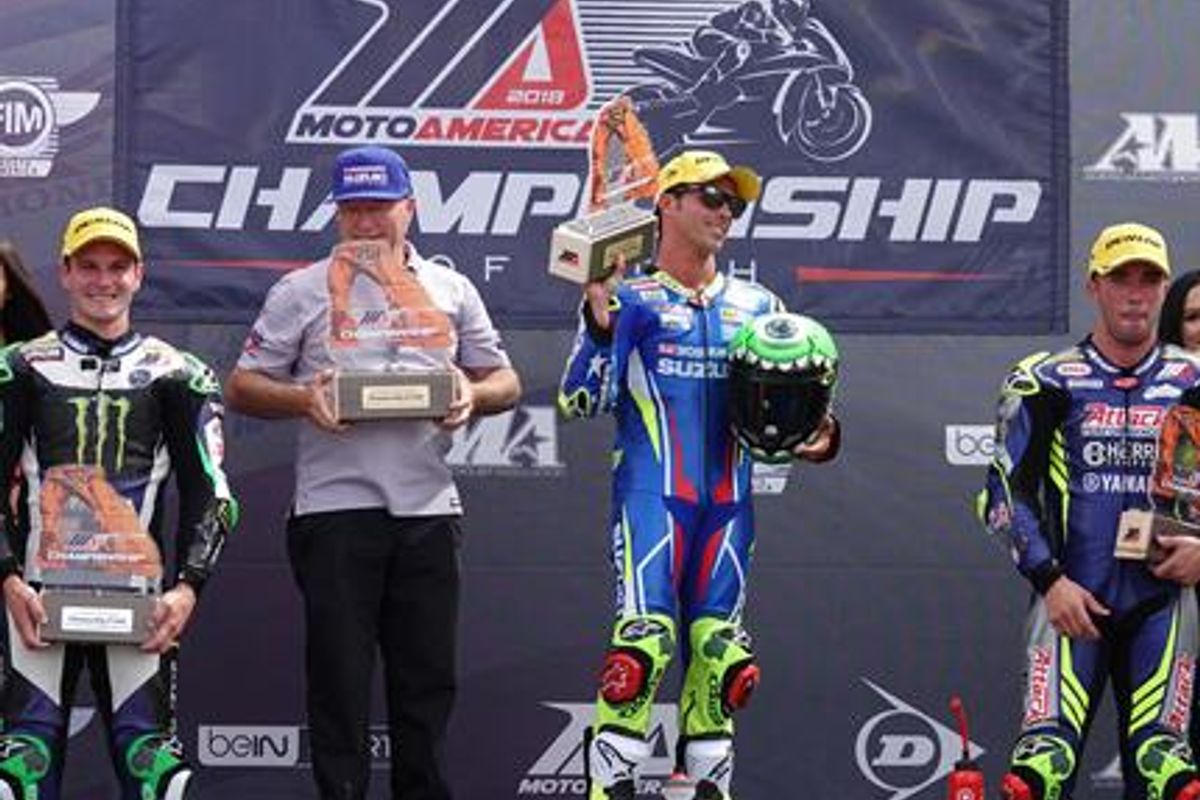 Suzuki is the all-time wins leader among manufacturers in the 42-year history of MotoAmerica/ AMA Superbike.

Elias took the Utah Race 1 win by chasing down rival Cameron Beaubier in the closing laps. On the last lap the two swapped the lead, but it was Elias powering to the front on his Yoshimura Suzuki GSX-R1000 to win by a margin of 0.494 seconds.

Teammate Roger Hayden was running a strong third in the race before crashing unhurt and eventually pulling out of the contest.

“It is an honour to be a part of this historic win,” Elias said. “To be there along with all of the great riders who have won with Suzuki in the past means a lot to me. This was a team effort and I also want to thank the entire Yoshimura Suzuki team for working so hard to give me a great motorcycle. This is a day I will long remember.”