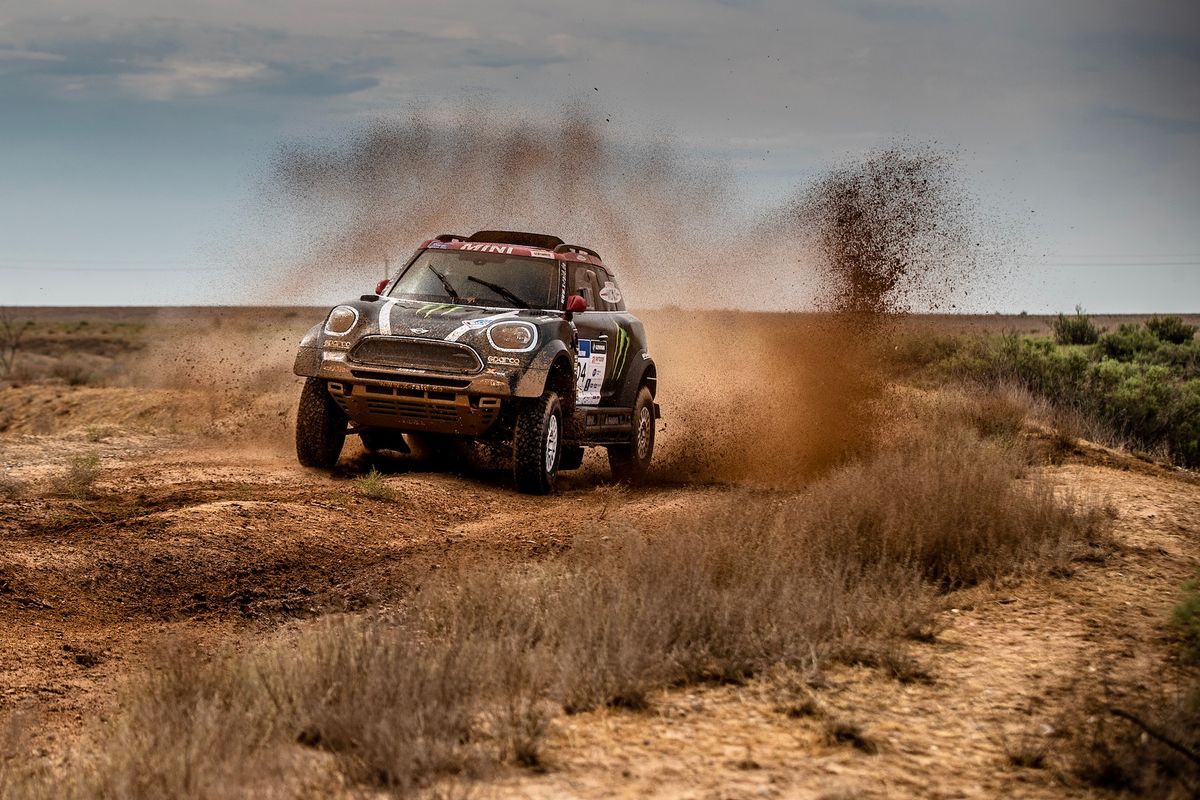 Munich. The two MINI crews, contesting the first edition of the 2018 Silk Way Rally in Russia, endured mixed fortunes in yesterday’s first stage. For Yazeed Al Rajhi (KSA), who is more experienced at this event, and co-pilot Timo Gottschalk (GER) it was a strong start. The pair are ranked third overall at the end of the first special stage in Astrakhan, having stayed within the top three for the duration of the opening leg.

For Joan ‘Nani’ Roma (ESP) it was a more difficult day. The first stage of Silk Way Rally 2018 signalled the first return to racing for the Spaniard since his crash at this year’s Dakar. Despite feeling ready to get back into competition, Roma struggled with a severe headache and problems relating to his previously sustained neck injury.

Along with co-pilot Alex Haro (ESP), Roma was forced to make several stops throughout the stage, due to illness, and eventually sought help from the medical team on standby at the event. Having consulted with the doctors, it was decided that Nani Roma should return to the bivouac in the #103 MINI John Cooper Works Rally, driven by Haro.

Roma: “'It's a pity but I can't continue like this. I still have a neck problem since my crash during last Dakar.”

The Spanish driver’s decision is likely to be a wise one, given that the competitors will, today, face a far more gruelling marathon stage with less access to support.

For Yazeed Al Rajhi (KSA) and Timo Gottschalk (GER), in the #104 MINI John Cooper Works Rally, yesterday’s opening stage also had its demands, but they were ones that the regular pairing were able to overcome for a solid top three position. They crossed the stage finish line in third place, 20:27 minutes behind the stage leaders.

Al Rajhi: “The first stage was very demanding as it was very bumpy. At the beginning we sank out with the car and lost our jack. When we later had a flat tyre, we had to find a hole so that the rear wheel was in the air. We tried to find a good rhythm, but it wasn't there. Today is marathon day - that means we have to be smart and not break anything.”

Today’s marathon stage for leg two of the seven-day race, will take the competitors from Astrakhan to Elista, where they will stay overnight with no support from the X-raid team and mechanics.