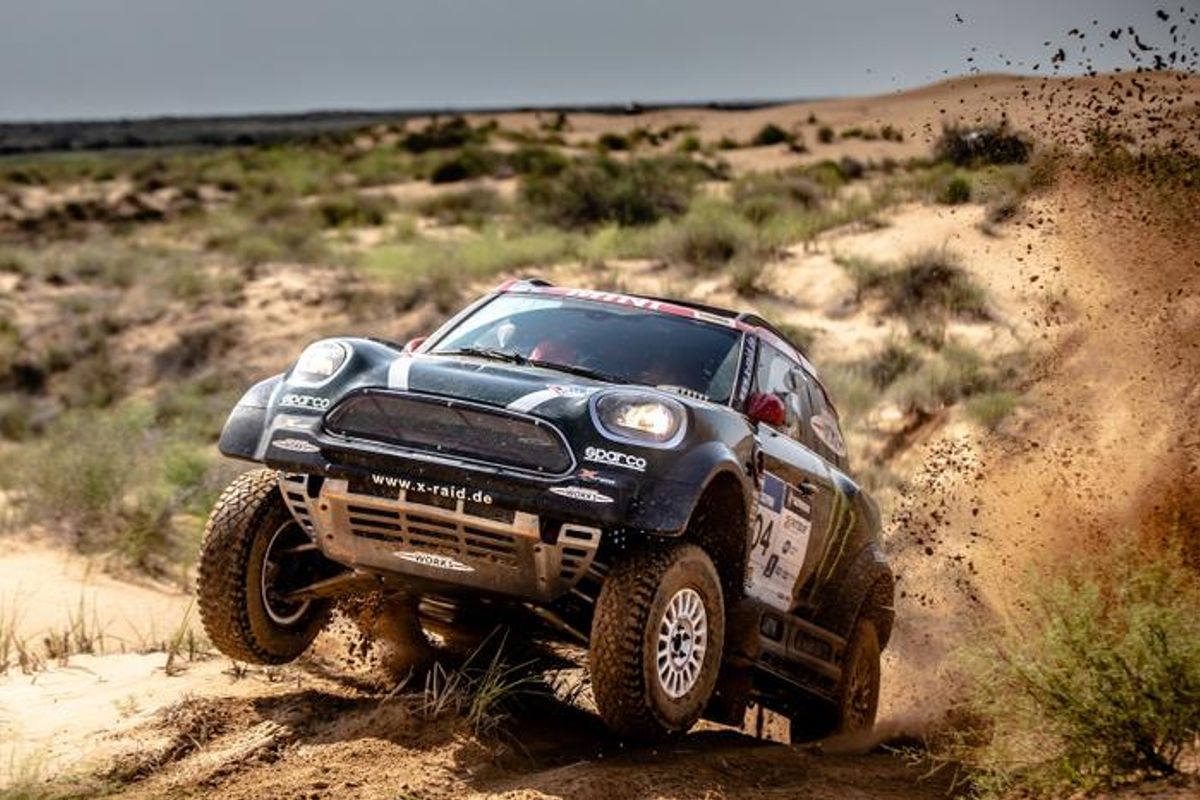 The winner of Stage 5 – the longest stage of seven at 552.71km total distance – was the MINI Family crew of Joan ‘Nani’ Roma (ESP) and co-driver Alex Haro (ESP), also in a MINI John Cooper Works Rally. Today’s result is quite special for Roma after retiring from Stage 1 with injury. Despite receiving a severe time penalty, Roma and Haro’s spirits were not dampened and they have pushed hard to achieve top five results and move up the leader board to 19th overall.

Roma: “The first kilometres were quite tricky and bumpy with a lot of water everywhere. I followed a buggy for some distance but eventually passed and then caught and passed Yazeed. For the next 150-200 kilometres we led the route, which was quite nice and Alex was doing a good job. It’s good today to see the two MINI John Cooper Works Rally in front. I hope that Yazeed wins the race.”