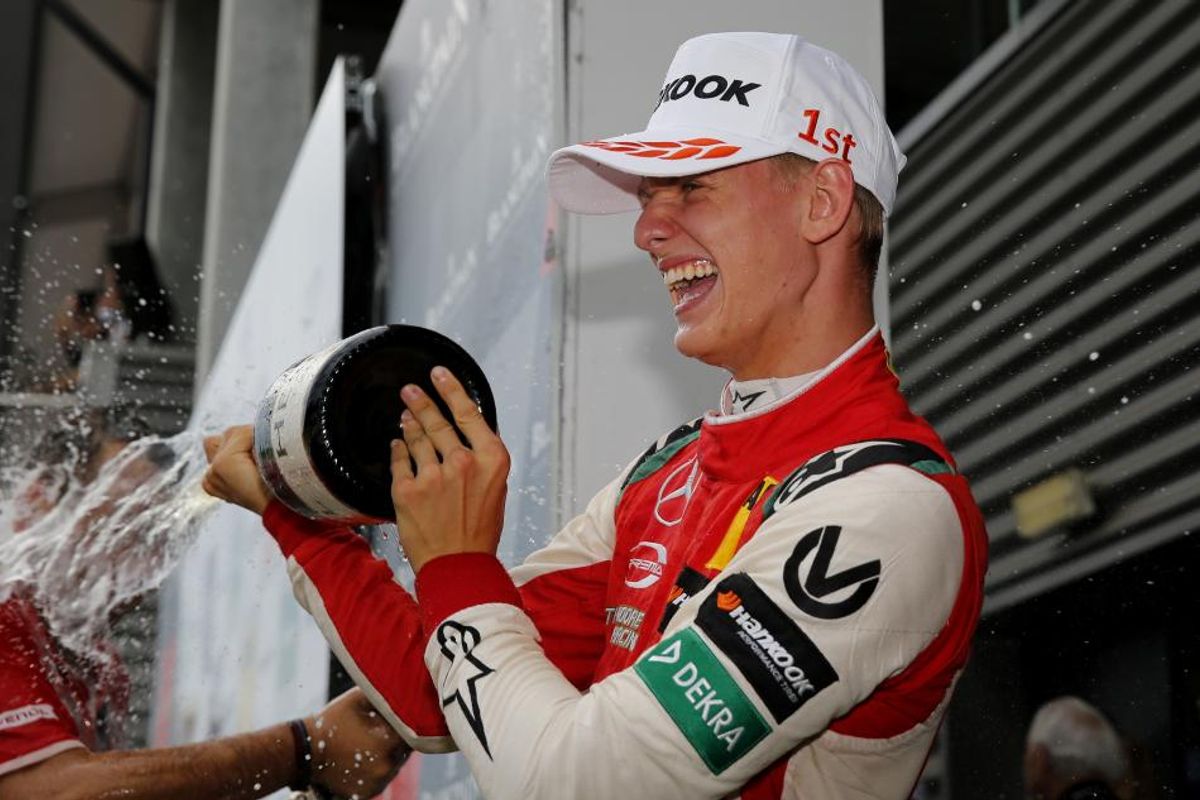 At the legendary 7.004 kilometres long Circuit de Spa-Francorchamps, Mick Schumacher (PREMA Theodore Racing) claimed his maiden FIA Formula 3 European Championship race win. Behind the 19-year-old German, who had started the race at a drying track from sixth on the grid, rookie drivers Robert Shvartzman (PREMA Theodore Racing) and Marcus Armstrong (PREMA Theodore Racing) came second and third respectively. With his seventh podium finish of the current season, Ferrari-backed New-Zealander Armstrong also claimed back the lead in the FIA Formula 3 European Championship drivers’ standings. He is one point ahead of second-placed Daniel Ticktum (Motopark).

At the start, Marcus Armstrong took the lead while Mick Schumacher came out on top in a fierce battle with Guanyu Zhou at the end of the Kemmel straight. Schumacher returned from the opening lap in third place behind Armstrong and Robert Shvartzman.

On the following laps, the Prema trio was able to pull away from the rest of the field that was led by Jehan Daruvala (Carlin). While the Indian lost his fourth place to Jüri Vips (Motopark), Armstrong got under increasing pressure from Shvartzman. On lap nine, Schumacher also became involved in the battle for the lead and made his move one lap later. Firstly, he overtook Shvartzman. Then he put his car alongside Armstrong’s with a brave move at the famous Eau Rouge corner and moved up into the lead. He held on to this position until the chequered flag was out and this celebrated his maiden race win in the FIA Formula 3 European Championship.

Mick Schumacher (PREMA Theodore Racing): “Winning at Spa is a great feeling after I unfortunately wasn’t able to convert yesterday’s pole position into a race success. As it seems, Spa is a good venue for the Schumacher family. When I saw the rain this morning, I was already happy: I very much like rain and mixed conditions. In the overtaking manoeuvre against Marcus, I was able to attack him from the slipstream. I already made a similar move in race one and therefore I knew that it would work out.”

Robert Shvartzman (PREMA Theodore Racing): “The battle with Mick and Marcus was great. Mick had a good slipstream and thus was able to overtake me.”

Marcus Armstrong (PREMA Theodore Racing): “The battle with Mick and Robert was really intense. Robert had a better exit of the first corner and overtook me. I then wanted to follow him, but Mick was quite fast and was also able to overtake me. At the beginning of the weekend, I was still having some issues, but now, I came back strongly with third place.”