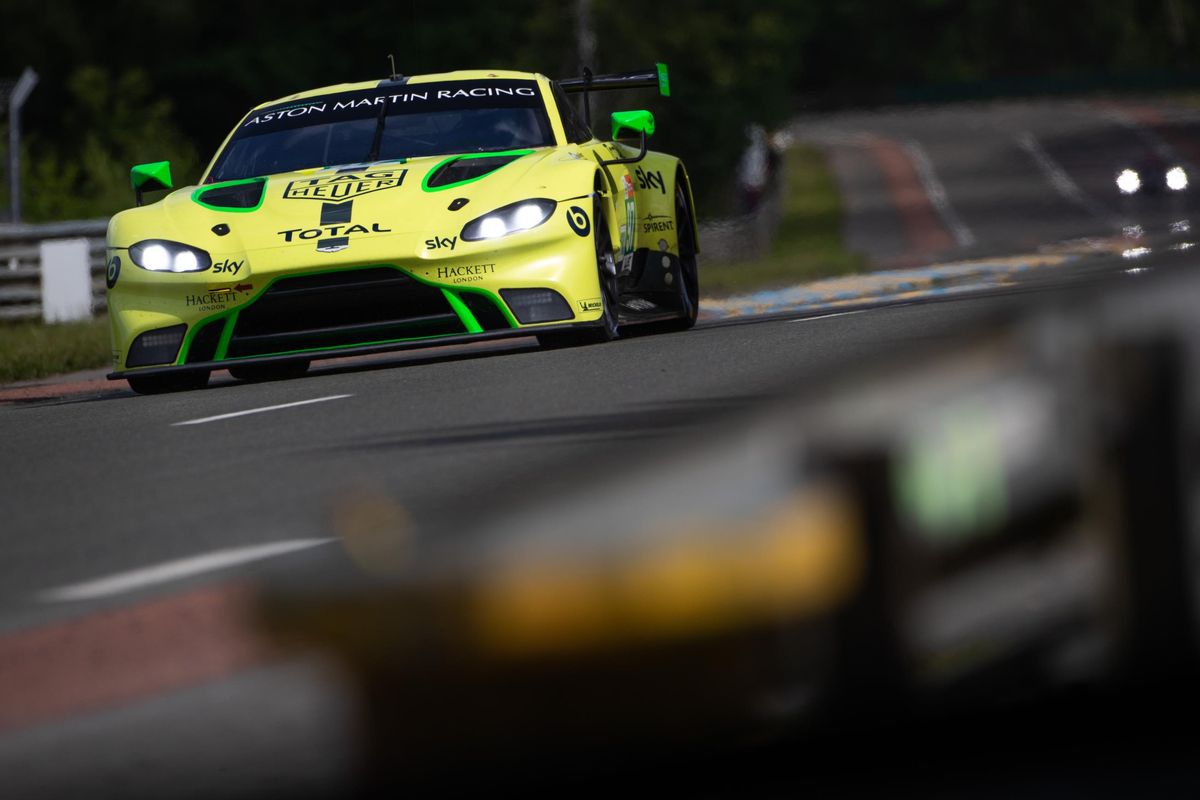 Thursday, 2 August, Gaydon: Aston Martin Racing has adjusted its driver line-up for the remainder of 2018, beginning with the 6 Hours of Silverstone (19 August) and including the 6 Hours of Fuji (14 October) and 6 Hours of Shanghai (18 November).

With the team focussed on its FIA WEC Super Season world championship aspirations, Nicki Thiim (DEN) and Marco Sørensen (DEN) will share driving duties in their regular #95 ‘DaneTrain’ Aston Martin Vantage GTE, while Maxime Martin (BEL) and Alex Lynn (GB) will pair up in the #97. Each entry will benefit from increased track time and fewer compromises in their driving positions in a move that has become standard practice in the GTE Pro category.

Meanwhile Darren Turner, Aston Martin Racing’s longest-serving and most decorated driver, has extended his 14-year association by signing a new long-term contract. He takes on a more senior role that includes additional development responsibilities with road and racing programmes and brand ambassador duties. Turner will also return to the #95 car for the 2019 phase of the Super Season, including Sebring 1000-mile race, Spa-Francorchamps and the Le Mans 24 Hours.

Darren Turner said: “I’m delighted to extend my association with Aston Martin. After three Le Mans victories and 14 amazing years, driving for this brand has been the highlight of my career. As I look into the future I’m excited to be able to play a significant role in shaping new road and racing cars. It goes without saying I’m looking forward to getting back in the #95 when we head to Sebring next year. It’s exciting times at Aston Martin and I’m very proud to be a part of it.”

Aston Martin Racing Team Principal Paul Howarth said: “As we move into the second phase of the Super Season, it is critical we maximise our opportunities through the three shortest races on the calendar. By switching to two-driver crews we achieve this. Nicki and Marco have a long-standing partnership, while Maxime and Alex have settled into the team well. Jonny remains a vital part of our line-up and we are pleased he will race in the TF Sport entry, which keeps him race-sharp at world level. I am also delighted that Darren continues to play a major role. He proved he’s lost none of his speed with an exceptional performance at Le Mans, and his experience and wisdom is invaluable as we continue to develop our still young Vantage GTE programme.”

Aston Martin Racing Managing Director John Gaw said: “We expect to see additional performance from the Aston Martin Vantage GTE at Silverstone, after a period of analysis and development post-Le Mans. These adjustments to the line-up compliment this process and give us the best chance to achieve maximum points in the shorter races. There are no weak links in our driver line-up and I am proud of all of them. Keeping Jonny in the fold and race sharp is essential, while I’m delighted that Darren continues his exceptional career with Aston Martin, where he belongs.”

The line-up for the #98 Aston Martin Racing V8 Vantage GTE Am entry driven by reigning champions Paul Dalla Lana (CDN), Mathias Lauda (A) and Pedro Lamy (POR) remains unchanged for the rest of the Super Season.