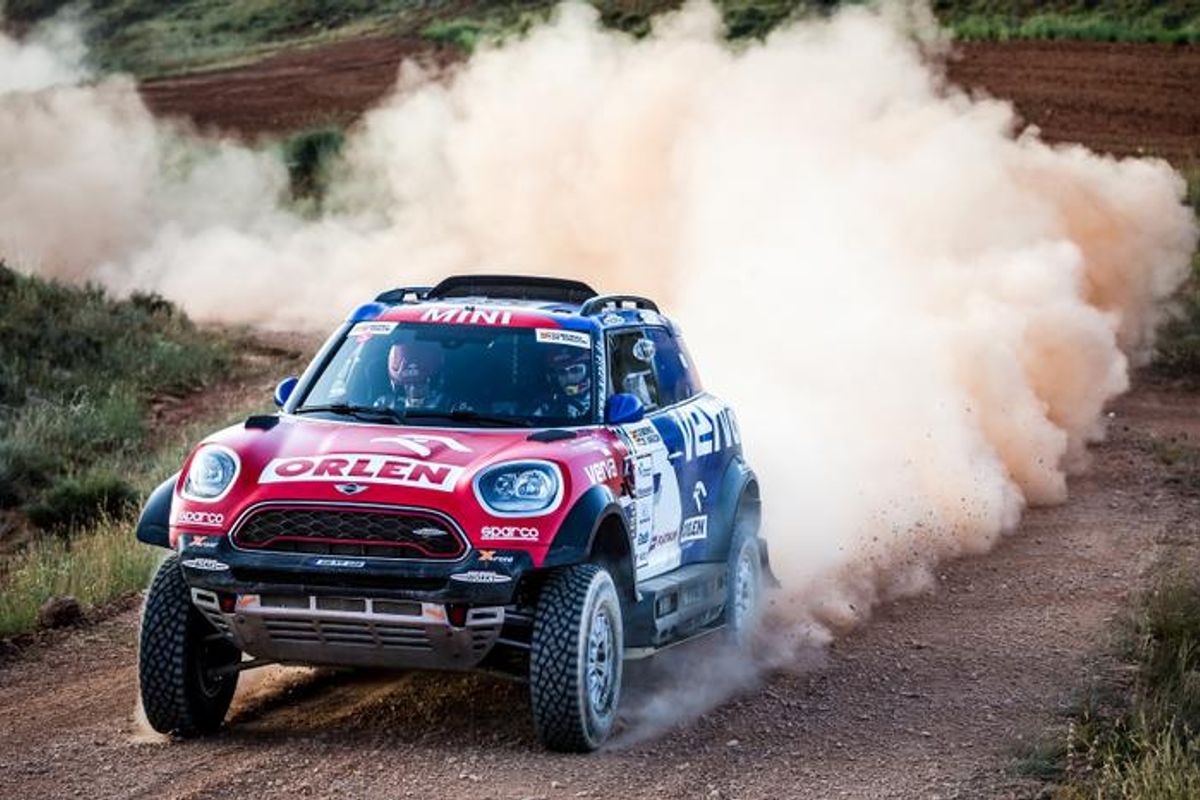 Munich. The eighth round of 2018 FIA Cross Country Rally World Cup will see the Rally World Cup competitors camp up in Hungary for the 15th anniversary of Hungarian Baja. The opening ceremony will be held at Óváros Square in Veszprém, Friday 10th August. 2018 and will conclude Saturday 11th August after three stages of racing.

The two days of rally action will, once again, take place in and around local forests and across undulating military training grounds. The first stage on Friday evening will be a Super Special Stage of 11.5 km. The results of this stage will determine the start order for Saturday’s Stage 2. This will be followed by a third and the final stage of the event. Total race distance is 652.32 km, of which 450.41 are timed stages.

MINI John Cooper Works Rally driver Jakub “Kuba” Przygonski (POL) presently leads the 2018 FIA Cross Country Rally World Cup. His current score total of 237 points gives him a lead of only 52 points. With this in mind, it is fact that Przygonski and co-driver Tom Colsoul (BEL) will push for no less than victory to accrue valuable points – with only four rounds left to play for, every point captured is a valuable point indeed.

Joining Przygonski and Colsoul will be another crew from the MINI Family. Joan “Nani” Roma (ESP) and co-driver Alex Haro (ESP) will also compete for the win in a MINI John Cooper Works Rally. Based on this crew’s results from the recent Silk Way Rally 2018 (First Edition), where the crew finished inside the top five in six out of the seven rounds, they could be a serious threat to all the leading challengers of the Rally World cup.


Jakub ‘Kuba’ Przygonski: “The Hungarian Baja will not be an easy race. The battle for the 2018 FIA World Cup title is getting harder because the gaps between the leaders are small. I think it is great that not every round is won by the same driver – we have to fight hard for every win. The Hungarian Baja is traditionally held on military grounds. This adds to challenge because the routes are really battered by the tanks!”

Joan “Nani” Roma: “I am delighted with having the chance to compete in another event just days after competing at the Silk Way Rally in Russia. The Hungarian Baja is a nice event; I contested the 2013 edition of this Baja and took the win. It certainly will be thrilling to compete with the drivers who contest the entire World Cup season. The level of competition is high, but it goes without saying that we will make the trip to Hungary to fight for the victory.”