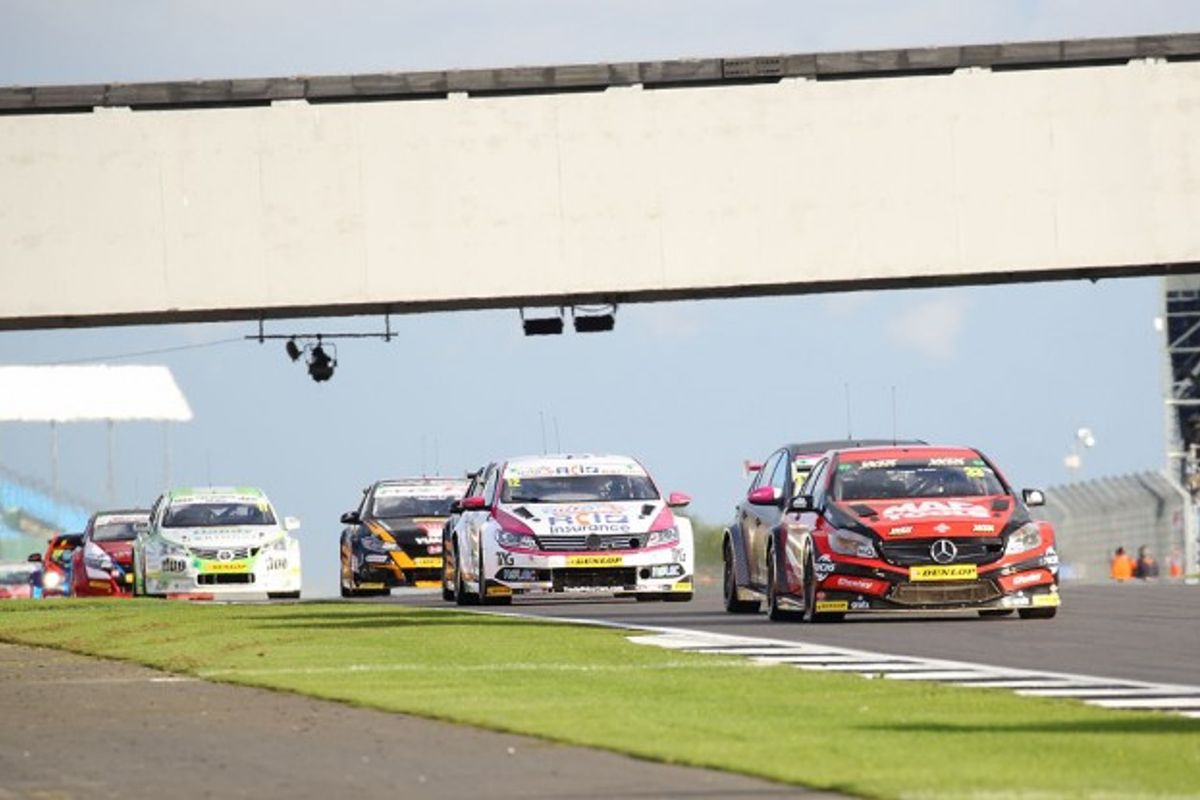 Mac Tools with Ciceley Motorsport's Adam Morgan has scored a maiden pole position after setting the qualifying pace for Round 19 of the 2018 Dunlop MSA British Touring Car Championship at Rockingham.

"It has been a long time coming but we got there in the end!" beamed Morgan.

Incredibly, the top 28 cars were covered by less than a second around the 1.94-mile circuit whilst a number of championship challengers even failed to trouble the top ten, as the depth of talent in the BTCC again came to the fore.

Team GardX Racing with Motorbase driver Sam Tordoff had led the way for much of the running, as this year's best qualifier so far showed his class in the striking pink Ford Focus RS, although the Yorkshireman eventually had to settle for second after Morgan's late flyer.

Dan Cammish followed closely behind Tordoff as he continues his rich vein of qualifying form in Britain's premier motorsport series. The Halfords Yuasa Racing rookie has not yet turned his undoubted pace into a race win but he'll stand another good chance of notching a first success from third on the grid tomorrow.

Mike Bushell starred throughout the day at Rockingham and the Trade Price Cars with Brisky Racing driver backed-up his practice pace with a career-best fourth place in qualifying, ahead of the BTC Norlin Racing duo of Daniel Lloyd and Chris Smiley.

Tom Chilton's championship hopes are still alive – albeit from eighth in the current standings – and the Motorbase man will start tomorrow's opener from seventh of the grid, lining-up alongside the WIX Racing with Eurotech Honda of Brett Smith.

The Adrian Flux Subaru Racing duo of Jason Plato and Ash Sutton completed the top ten positions with the elder statesman getting the better of his reigning champion team-mate.

Notable absentees from the leading order included the championship top two of Colin Turkington and Tom Ingram, who could only manage 12th and 13th in their ballast-laden BMW and Toyota machines respectively.

Worse luck fell on the shoulders of title contender and recent 'Diamond Double' winner Matt Neal, whose Honda Civic Type R had an engine change immediately prior to qualifying. Whilst the multiple-champion Team Dynamics squad were able to get the BTCC's most experienced racer out on track, he could only set a time good enough for 29th on the grid.

Rounds 19, 20 and 21 of the 2018 Dunlop MSA British Touring Car Championship take place at Rockingham circuit in Northamptonshire tomorrow (12 August). A big crowd is expected at the venue although many more will watch the action live and exclusively on ITV4 from 1045.

Adam Morgan said: "It’s taken six years and it feels like a win! My highest ever qualifying position up until today was third and now I can tick the box, I’m over the moon. We knew we had it in us, it’s just taken forever to get there. A massive thanks to the team – they deserve this. We struggled at Croft and we had the pace at Snetterton to be top five in all of the races. Luck wasn’t on our side and I made a few mistakes but I’ve made up for it today. Tomorrow’s another day and I hope we’ll be able to keep ourselves up the order through all three races. The car does feel good and our race pace is stronger than our qualifying pace. We’re not carrying much weight and we’re feeling racy."

Sam Tordoff said: "That was great but I’ve never been top of the pile so that was frustrating, losing it right at the end after we’d had provisional pole for so long. We’ve made a big step since Snetterton. We just couldn’t get it to work there. We’ve gone and done our homework in the last fortnight and followed a different direction. Hopefully we’ll continue in the same vein tomorrow. The championship’s not been as I’d hoped and we’re a long way from where we wanted to be but there’s still some way to go."

Dan Cammish said: "I’m not sure what else I can do! Every time I tried a lap I was caught in traffic, I may as well have been on the M1 and I was just tearing my hair out by the end. We’ve got a fast race-car and I’ll make it count tomorrow. Unfortunately it unravelled around us a bit but I can only do what I can do. I’ll reflect on that tonight in the sauna and I’ll be happy about it, though."