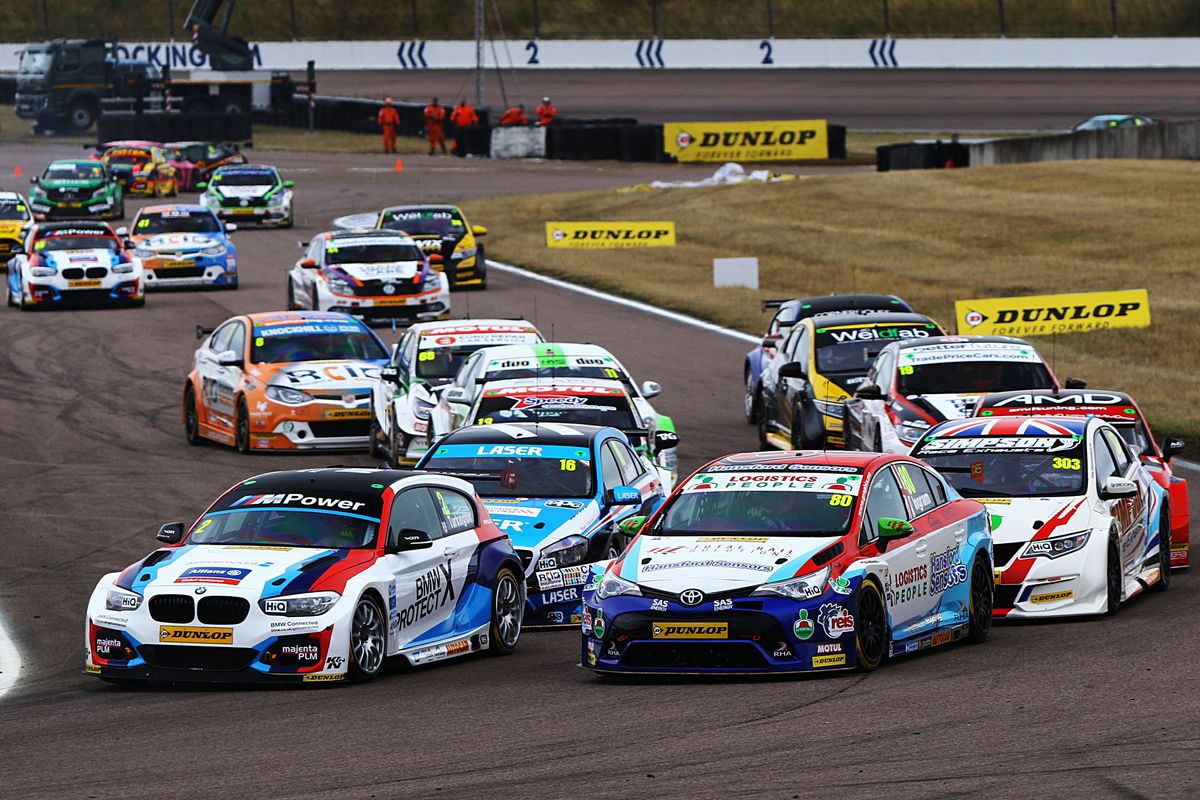 The Dunlop MSA British Touring Car Championship makes its annual trip north of the border to Fife's rollercoaster ride of a circuit, Knockhill, next weekend (25/26 August), for Rounds 22, 23 and 24 of a 2018 campaign that is rapidly heading towards an enthralling climax.

With more than 200 points still left to play for across the BTCC's three remaining race weekends, the purported direction of the most coveted title in British motorsport is liable to change this way and that over the course of any one of those events. That said, the trip to Scotland is bound to prove key as drivers seek to press home their title credentials with rounds rapidly running out.

A strong, passionate support always descends on the circuit, which Rob Austin this week credited as the reason for Knockhill's unique atmosphere, and this year will be no different. It's always a spectacle and a treat for those in attendance as well as those soaking in all the action at home via ITV4's live free-to-air coverage, comprising eight hours on race-day and with qualifying streamed live, nobody will miss a beat.

To and fro
It's been a real back-and-forth between the current standings top two, Team BMW's Colin Turkington and incumbent Independents' champion Tom Ingram, over the last three race weekends.

Leaving Croft, it was Turkington from Ingram before the latter notched a 46-point haul at Snetterton to head the way into Rockingham. The Speedworks man overcame race one drama in Norfolk with a stunning fightback from 27th to third spot in race two, placing him perfectly to score strongly in the all-important 'Diamond Double' double points encounter with another podium finish.

It was the same story at Rockingham for Ingram's Toyota Avensis, with electronics trouble causing another opening race DNF and enforcing yet another fightback. Ingram, remarkably, managed to pull off the exact same feat as he had at Snetterton by making up an astounding 24 places in the second race of the day – enough to temporarily see him top of the standings once more after his Round 19 drama.

This time, however, his heroics weren't enough to hold back Turkington over the weekend in its entirety. The double champion is a double champ for good reason – and he knows when to hold and when to fold. At Rockingham, a solid 12th spot in qualifying, ahead of Ingram, would have left the BMW man quietly confident.

He climbed the points tally throughout race-day in Northamptonshire with a series of ever-improving results – culminating in a second place to round off a successful weekend in which he turned a six-point Drivers' standings deficit to Ingram prior to Rockingham into a slender four-point lead leaving it.

"I haven’t been stealing the headlines but what we have been doing behind the scenes is beginning to pay off," said Turkington. "The final race from Rockingham was for everyone in the team. Collectively we have had a very difficult few meetings.

"Even after 129 other BTCC podiums, the 130th was sweeter than ever! It’s becoming so hard just to get a top 10 finish these days, never mind a podium.

"We’ve been slogging away, keeping our head down and working hard without much reward. This was the tonic we all needed.

"I’m pleased with the development we’ve made with the car in the slippery, intermediate conditions and Team BMW will continue to hunt for performance between now and the next event.

"It’s a close battle in the standings at the moment, but we’re primed and ready!”

Turkington notched a trio of third place finishes in Scotland last year but Ingram proved no slouch with one of his most impressive drives to date to seal race three victory at Knockhill in 2017.

"For the second weekend running, we’ve had to do the same thing and all credit to the Speedworks boys – we were up against it and we pulled it right back. There’s definitely a lesson there – don’t let yourself get beaten up, don’t let your head go down and look at the positives in any situation.

"Knockhill next will be an interesting one. Historically, it’s a track that tends to favour rear wheel-drive cars, but we didn’t fare too badly at Croft a couple of months ago – and ultimately, we do like a challenge..."

Bravehearts
AmD counts a pair of Scotsmen in its ranks in Rory Butcher (Kircaldy) and recently-signed BTCC returnee Glynn Geddie (Aberdeen). The former works at Knockhill as an instructor and is fresh off the back of his best weekend of the season to-date with a trio of top ten finishes secured at Rockingham.

"Rockingham was the first circuit where I could actually draw on previous experience having raced there back in 2017," said Butcher.

"That experience gives you an idea of how the tyres will fair across the races and what things we need to work on to get the most from the car over the entire event. I felt we did that this weekend, and it was great to grab a few more top tens and get more points on the board for the team.

“Wins and podiums are obviously the name of the game, and I feel that now we are performing consistently well it’s time to take the next step.

"There’s no better place to do that than at Knockhill with home support. I know it will be a tough weekend, but there’s certainly no reason why we can’t push for more top six finishes and perhaps a cheeky podium.

"Glynn (Geddie) did a good job for his opening weekend at Rockingham. He’s someone I’ve known for years and raced against on a few occasions over the years, and I’m sure he’ll be a great addition to the team."

“In hindsight, Rockingham was a great test for us, and the aim was to improve in each session and try to get to grips with the car," added Butcher's team-mate Geddie. "It was good to get two race finishes under our belts, although the DNF in the final race wasn’t the best way to end the weekend.

"That said though, we now head into a very important home leg at Knockhill – that will obviously take on extra significance with me and Rory being local lads. I’m sure the team will get some great support up in Scotland and I can’