Salon Privé confirms the attendance of Brabham Automotive, joining the event for the first time this year 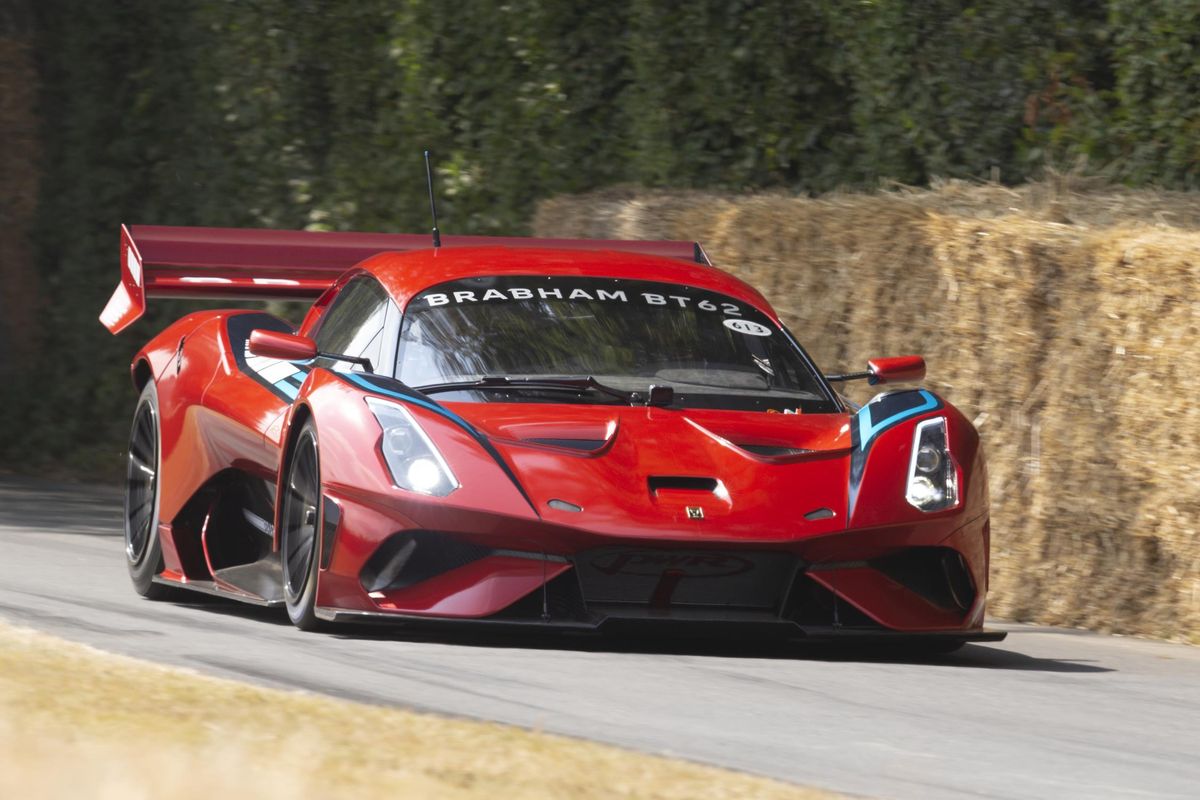 It was in 1948 that Sir Jack Brabham made his Australian competition debut going on to become a triple world champion and, in 1966, becoming the first, and still only man to win a Formula One world championship in a car of his own construction. In the mid-60s, Brabham was the largest manufacturer in the world of single-seat racing cars and by 1970, the company had built 500 cars. The company became renowned for its customer service to the extent whereby Jack Brabham himself would assist customers with the set-up of their cars.

Fast forward 70 years and Brabham still remains one of the most iconic and evocative marques in motorsport. Spearheaded by multiple Le Mans winner, David Brabham, Brabham Automotive is an automotive company built on the same values that has always made Brabham a winning dynasty, continuing that rich heritage designing and manufacturing cars which defy convention.

Today, Brabham Automotive is looking forward to a new chapter of car manufacturing, producing the finest high performance car for drivers who ‘back themselves, accept the challenge and take control!’ The Brabham BT62 has been designed and engineered to demand more from the driver, experiencing driving in its purest form. Weighing in at just 972kg, the BT62 boasts a power-to-weight ratio of 730ps per tonne! The Brabham-built 5.4litre V8 produces 700bhp and 492lb/ft of torque resulting in blistering on-track performance.

“Salon Privé at Blenheim Palace is all about automotive excellence where stunning automobiles and bikes grace the lawns of one of the most spectacular Estates in the United Kingdom”, said David Brabham, Managing Director. “For Brabham Automotive to be invited to showcase our new Brabham BT62 High Performance track car at this prestigious event is something very special. The BT62 is a vehicle that will take the iconic Brabham racing name into the future by carrying the same excellence in design, craftsmanship and with a fearlessly determined mindset to succeed that helped the name become one of the most successful in racing history. This year we are celebrating 70 years since my father, three times Formula One World Champion, Sir Jack Brabham, built and raced his first car and I am honoured to be carrying the legacy through this next exciting chapter of the Brabham journey.”

“It’s a great honour for us to welcome Brabham Automotive to Salon Privé” said David Bagley, Co-Founder & Sales Director. “Brabham is one of those ‘Hall of Fame’ brands that possesses a unique and rich tapestry of motor racing history. With David Brabham at the helm, all of that heritage and DNA remains and the BT62 will surely continue the ground-breaking technological advancements of its predecessors, not to mention the indomitable spirit and passion to win.”

Salon Privé showcases two Concours celebrations within the same event; firstly, the Chubb Insurance Concours d’Elégance on Thursday 30th August which is followed by Concours Masters Celebrates 70 Years of Porsche on Saturday 1st September. Boodles Ladies’ Day sits in the middle on Friday 31st August which has fast become a social highlight of the Summer Season.