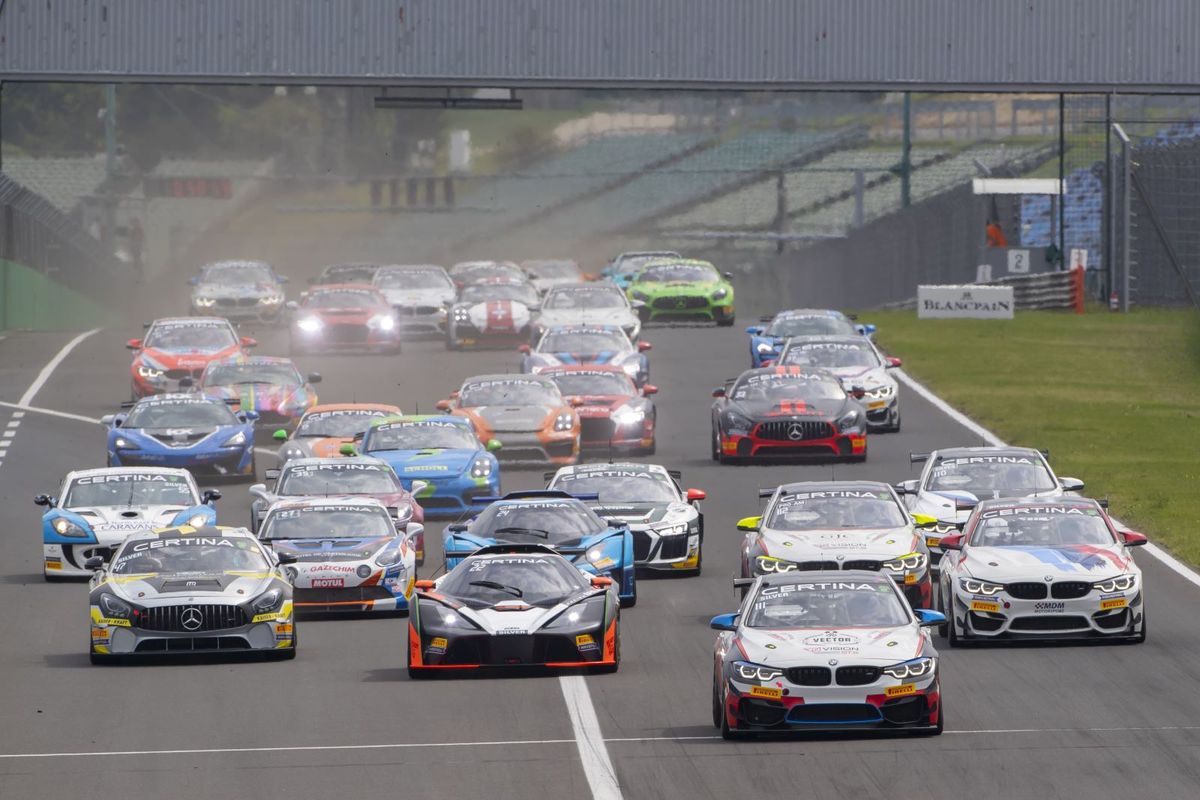 This weekend, the twisty and undulating 5.148 km Nürburgring will stage the sixth race weekend of the 2018 GT4 European Series. The concluding round brings the curtain down on an action-packed season that has seen a record number of entries taking part in the championship. With the titles in all categories still to be decided, the Nürburgring race weekend promises to be a thriller!

All titles are still to be decided in the Eifel, with a winner-takes-all final race on Sunday still very much possible. Three crews are separated by just eight points in the Silver Cup, while in Pro-Am the margin between first and second is just three points ahead of the final round of the season.

Milan Dontje and Nicolaj Møller-Madsen are currently third, eight points off the lead, despite having won three races so far this season. The Phoenix Racing drivers failed to score twice this season and, as it was in recent seasons, it is consistency that counts in the GT4 European Series.

Spa-Francorchamps race winners Pierre-Alexandre Jean and Stéphane Tribaudini (#35 CMR Alpine A110 GT4) as well as Misano race winners Razvan Umbrarescu and Gabriele Piana (#111 RN Vision STS BMW M4 GT4) still have a mathematical chance to win the title but need a perfect weekend to close the gap – let alone win the title. Jean and Tribaudini are 41 points behind, with Umbrarescu and Piana another four points off the lead.

In Pro-Am a double win for Markus Lungstrass (Racing One Audi R8 LMS GT4) put him right back in contention for the drivers’ title. Schwede Motorsport’s Phillip Bethke and Marc Basseng hold a narrow three-point lead over Lungstrass. The #13 Porsche Cayman GT4 CS MR of Bethke and Basseng won three races so far this season and only failed to score points at Misano. Lungstrass, who won four of the last six races, had three no-scores in the first four races.

Patrick Zamparini and Csaba Mor are currently third in Pro-Am, trailing the leading Porsche by 36 points. After switching from Audi to Mercedes in Hungary, things will change again in Germany. Mor will join Jan Kasperlik in the #43 Allied-Racing Porsche Cayman GT4 CS MR.

Niki Leutwiler could clinch the Am title in Saturday’s race, with the Porsche Zentrum Oberer Zürichsee by TFT Racing driver leading Alessandro Giovanelli and Giuseppe Ghezzi. Only a top three finish for the Autorlando Sport drivers and a bad day for the leader could change this. Nothing is settled, however, setting up a memorable finale at the Nürburgring.

Racing One leads the way in the team championship. Through the 2018 season, Martin Kohlhlaas’ team has amassed five class victories and 187 points, which puts them ten points ahead of TFT Racing. Schwede Motorsport (162) and Autorlando (160) are currently third and fourth, but with points awarded in each category, it is highly likely that the title fight will not end on Saturday.

The Ford Mustang GT4 is poised to make its series debut at the Nürburgring season finale, as Eric De Doncker joins the Am category in Germany. De Doncker is one of eight drivers making their first appearance the GT4 European Series this season.

The sixth round of the season will get underway on Friday with practice sessions at 12.25 and 17.15 CEST. Qualifying will take place on Saturday at 11.30, followed by the first race late on Saturday afternoon, at 16.55. The final race of the season gets underway at 10.05 on Sunday morning. All races will be shown live on the series’ website, Facebook page and YouTube channel. in 1919, Citroën has made its mark through its bold and creative approach to automotive design. These values are harnessed in the pursuit of well-being, with fresh solutions to the changing demands of customers in each era. Today, Citroën is reinventing itself with models such as C3 and the New C3 Aircross compact SUV that place an emphasis on design, comfort and intelligent technology, bringing a breath of fresh air to the automotive landscape. As a people-minded brand, Citroën is proud to offer products that take inspiration directly from its customers, the spirit of which is highlighted in its brand signature ‘Inspired By You’. The brand also offers a unique customer experience with its city store concept ‘La Maison Citroën’ and its online opinion site ‘Citroën Advisor’. With 10,000 customer contact points in almost 80 countries worldwide, Citroën sold more than 1.1 million vehicles in 2016. Citroën has also amassed eight Manufacturers’ titles in the FIA World Rally Championship and three consecutive Manufacturers’ titles in the World Touring Car Championship in 2014, 2015 and 2016.