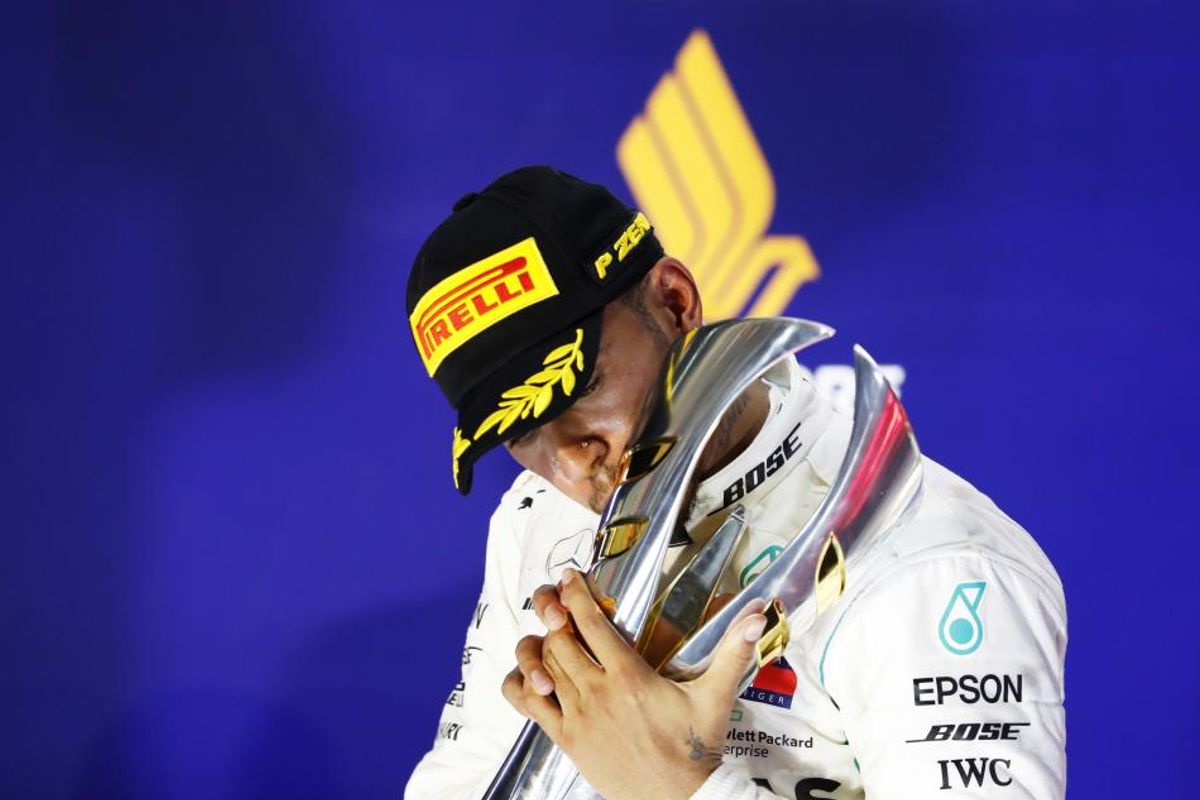 Vettel was only able to manage third place after a bright start in which he passed front-row starter Max Verstappen on lap one, but faded and the Dutch driver was able to reclaim the position during the pit stops - Vettel was forced to run a conservative second stint on more fragile tyres.

At the start pole man Hamilton made a good start to keep Red Bull driver Vestappen at bay. Vettel, starting third, also made a good getaway and  on the approach to Turn 7 was able to set up a move on the Red Bull car and stole P2 as they swept through the corner.

Further back, Esteban Ocon and Force India team-mate Sergio Perez tangled, with the result that the French driver was bounced into the wall at the exit of Turn 3 and the Safety Car emerged.

When racing resumed at the end of lap four, Hamilton held his lead over Vettel and Verstappen, with the second Mercedes of Valtteri Bottas in fourth place ahead of Ferrari’s Kimi Räikkönen and the second Red Bull of Daniel Ricciardo, who held his grid position after the start.

The race then settled and by lap 14 Hamilton had eked out a 2.2s lead over Vettel, with Verstappen a further 2.3s behind. Daniel was now 3.5s behind fifth-place Räikkönen.

Vettel made a pit stop on lap 14, taking on ultrasoft tyres. Mercedes responded by pitting Hamilton at the end of the following lap, though the championship leader was sent out on soft tyres.

Hamilton emerged from his pit stop ahead of Vettel, who then found himself lodged behind the slower Perez for a lap. The delay allowed Red Bull to pit Verstappen for softs, and after a 2.5s halt the Dutch driver emerged ahead of Vettel to once again hold P2. Vettel was soon reporting that his ultrasoft tyres wouldn’t last the remainder of the race and with track position counting for everything on the street circuit, the Ferrari driver was forced to drop back behind Max to nurse his ultrasoft tyres to the end of the race.

After Raikkonen and Ricciardo made their stops, with the Finn on softs and Ricciardo on ultrasofts, Hamilton once again led, with Max 4.5s. Vettel was now 2.6s behind Max, with Bottas fourth ahead of Räikkönen and Ricciardo, who was 10.8s behind the second Ferrari.

The race again began to settle until shortly after the midway point, when Perez in attempting to get past Williams’ Sergey Sirotkin, inexplicably swerved left and hit the right side of the Williams. Sirotkin was able to continue but Perez was forced to limp to the pits for long repairs and then received a drive through penalty for causing the collision.

At the front, Hamilton was now getting tangled up in backmarkers and that briefly allowed Verstappen to close in but the race leader was able to thread his way through the traffic and the gap was soon back up to 3.3s.

Hamilton then controlled the pace with ease and after 61 laps crossed the line to take his 69th career win with 8.9s in hand over Verstappen who scored his sixth podium finish of the season to date and the 17th of his career overall.

Behind him, Vettel took third ahead of Bottas, Räikkönen and Ricciardo. Fernando Alonso was seventh for McLaren, with Renault’s Carlos Sainz eighth in front of Sauber’s Charles Leclerc and the second Renault of Nico Hulkenberg.