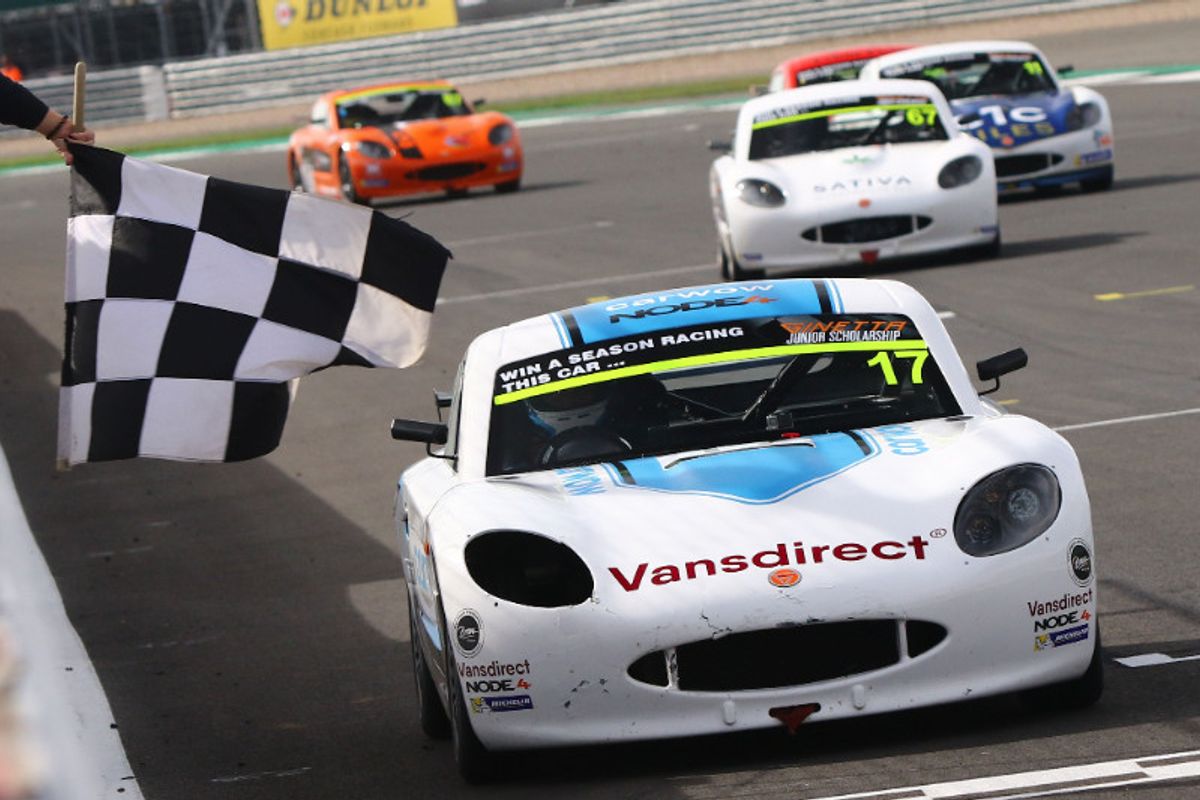 Louis Foster maintained his stunning form in the Ginetta Junior Championship with a hat-trick of race victories in the penultimate meeting of the season at Silverstone.

The 15-year-old Lord Wandsworth College student from Odiham headed to the Northamptonshire circuit as the form driver in the series having taken double victories at both Rockingham and Knockhill.

Louis qualified in fourth place on the grid for the opening race of the weekend at the wheel of his Elite Motorsport-run car, and quickly moved into the lead when the lights went out before a multi-car incident forced the race to be red-flagged.

Once the damaged cars had been removed from the circuit, the action resumed with Louis leading the field away from pole position.

Retaining his advantage when the lights went out, Louis would lead every lap of the race to secure a third straight victory.

Starting fifth for race two as a result of his second best qualifying time, Louis faced a challenge to keep his podium run going but moved his way up to third spot only to then be shuffled back to fifth during a heated battle for position.

Undeterred, Louis got his head down and was soon making up places again – fighting his way to the front to secure the lead by the eleventh lap. Once ahead, he was able to control things from the front to make it seven wins for the season.

Seeking to secure a rare hat-trick of wins, Louis started the final race of the weekend from pole position but lost his advantage at the start to rival Patrick Kibble.

Back ahead by the end of the Wellington Straight with a stunning move into Brooklands, Louis then eased away from the pack behind as they diced over second place and was able to take a comfortable win by a margin of more than five seconds.

It means Louis has now taken eight wins this season – with seven of those victories having come in the last eight races – and sits second in the overall championship standings when dropped scores are taken into account.

Louis also now has an unassailable advantage in the rookie standings with three races to go in the season finale at Brands Hatch.

“It’s been a fantastic weekend,” he said. “Saturday was a really good day at the office to pick up two wins and they were very different races. In the first one, the incident at the start was unfortunate but after the restart, I was quite chilled and it was pretty straightforward. Race two was more action-packed and I couldn’t relax because of the pressure from behind when I got into the lead, but it left me in a good position for race three.

“I knew it was vital to try and break away in that one and when I made the move into Brooklands, it gave me the chance I needed with the others battling behind. I had a comfortable gap, so even when I had an issue with the brakes late on, I could ease off a bit and manage my advantage.

“My approach going there is going to be the same as it has been all season and I’m not going to put myself under pressure. I just need to keep pushing for wins and see what happens.”