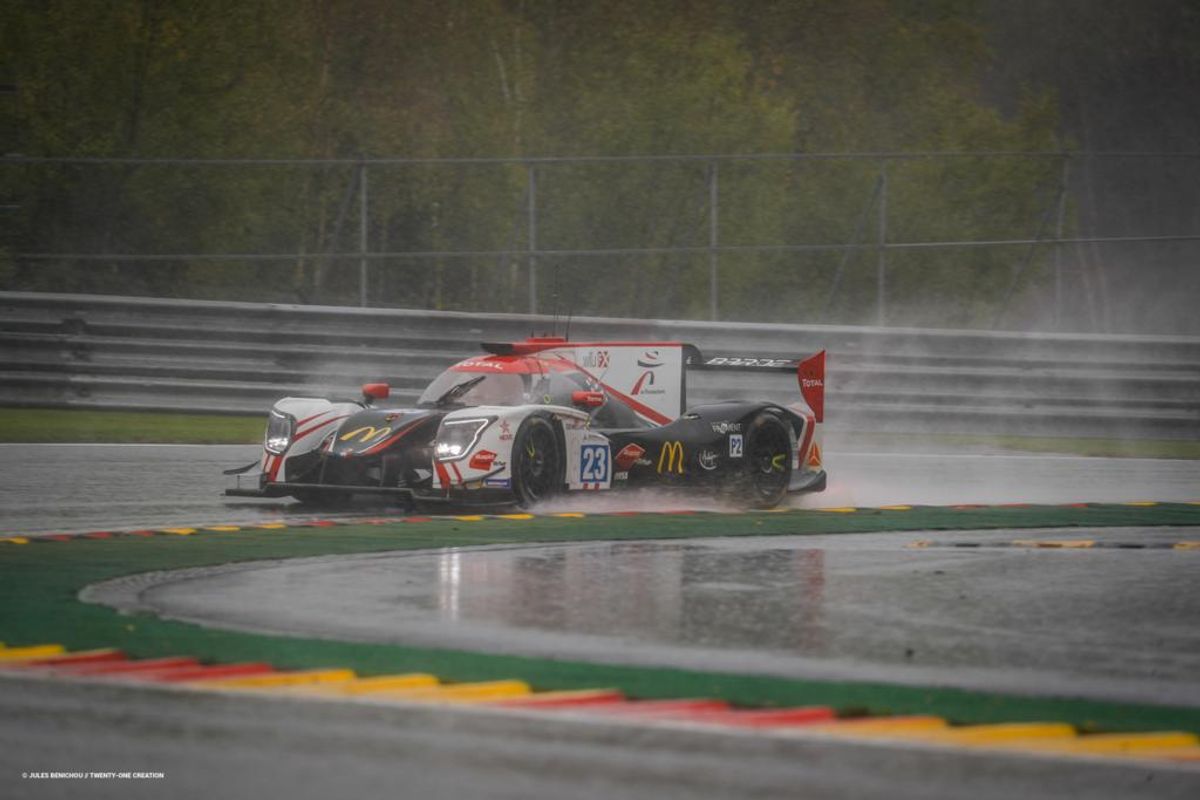 Team Panis-Barthez Compétition, led by its team principal Olivier Panis and its team managers Sarah and Simon Abadie, finally saw its investments and the quality of its work rewarded by a podium in the 4 Hours of Spa in the ELMS championship. The crew, formed by Will Stevens, Julien Canal, and Timothé Buret, ended on the third step of the podium after an eventful race, caused by difficult weather conditions, shortened by half because of the dangerousness of the track conditions.

Saturday, Will Stevens qualified the Ligier JS P217 # 23 in the 10th place, below the expectations of the team, because he was impeded by a competitor during what should have been his fastest lap.

Sunday, Julien Canal took the start behind the safety car and then had to fight on a completely wet track while managing the pressure of other competitors in front and from the back. The restart was followed by a series of exits and many more laps behind the safety car. Thanks to his concentration and good performance in terms of speed, coupled with a good strategy by the team, he managed to hand the car to Will Stevens in second place. The Briton came out of the pits in 4th position but quickly finds himself behind the safety car to finally see the red flag being displayed and finish in the 3rd place of the race, shortened by two hours by the decision of the race direction.

Olivier Panis - Team-Principal:"With Sarah and Simon Abadie, we are really happy for the whole team to have finally conquered this first podium after which we have been racing since the beginning of the season. This is even more rewarding to get this result here at Spa, starting from 10th place, and under such difficult circumstances. The engineers have adopted an excellent strategy and the work of Michelin, with whom we have been working since the creation of the team, has to be highlighted when we see that 6 of the 10 cars racing with their tires appear at the top of the results. This result is also an excellent reward for Ligier, with two of their cars on the podium. Despite the disappointments accumulated during the last meetings, I am proud of our team that never gave up, both the engineering staff, the mechanics and the drivers who are united as never before. The cohesion at all levels is impressive and I thank everyone for their commitment on our side. I dedicate this podium to our three drivers for their work, their individual performance, and their remarkable team spirit! "

Julien Canal - Driver Ligier JS P217 - Gibson # 23: "This first podium is a kind of consecration because, without pretense, we deserved it for several races since the beginning of the championship, as well as the 24 Hours of Le Mans. We showed that we were fast and it is a real satisfaction to see the team, which made no mistake, finally rewarded here despite the incredible weather conditions and such a level of water on the track. It was very difficult on the track, I was a little bit conservative at the beginning of my stint because we did not see the braking points, it was difficult to see the signs in the rain at 250 km/h, and at the same time, it was necessary to manage the pressure of the drivers in front and behind, it was an intense work lap after lap, but this double stint was nevertheless enriching to perfect my level. This team is becoming stronger, more united and I hope that we will finish with a win in the season finale in Portimao! "