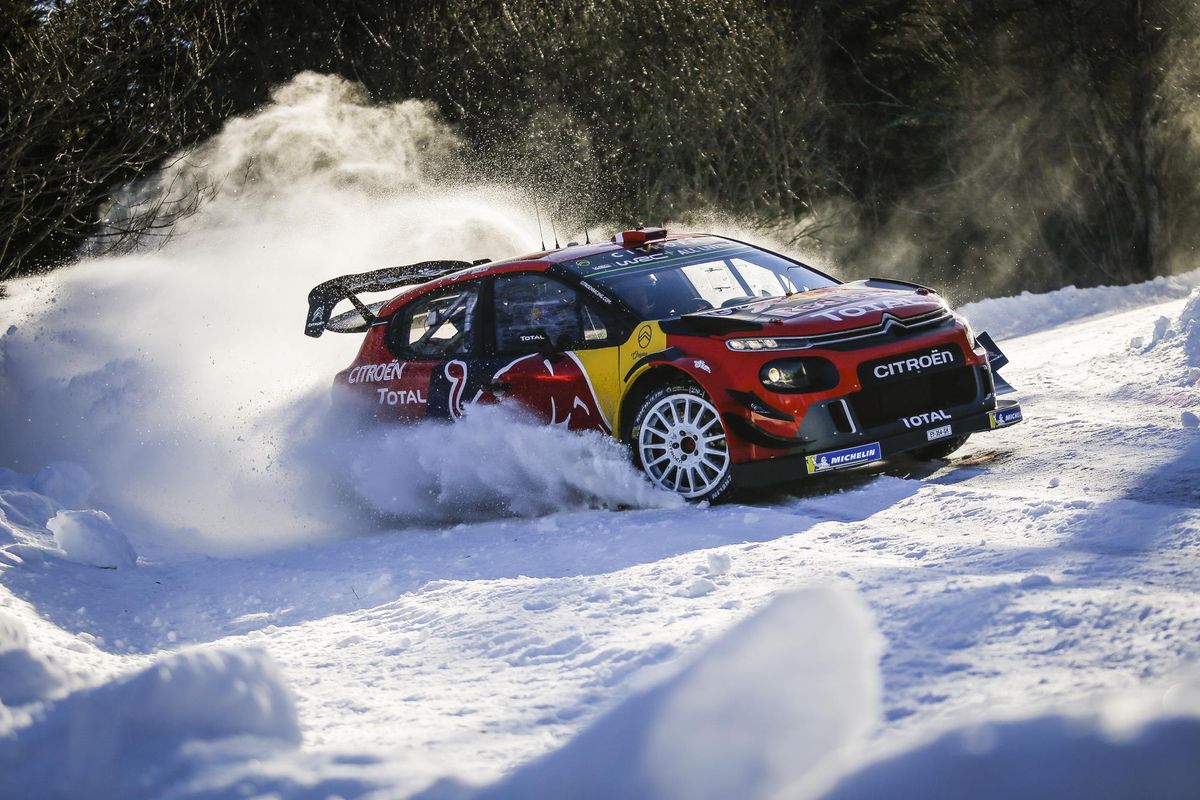 The WRC season’s traditional opening round, Rallye Monte-Carlo is one of the toughest challenges faced by the crews – a winter event with unpredictable conditions. With Sébastien Ogier / Julien Ingrassia and Esapekka Lappi / Janne Ferm in the team’s two C3 WRCs, Citroën Total World Rally Team will be able to count on the six-time World Champions to do the team proud.

Citroën Racing’s technical team has done everything to help its new crews rack up as many miles as possible and start the season with confidence. Both crews had three and half days of specific testing with the C3 WRC – generally covering more than two hundred kilometres per day – in order to run through the wide range of set-up options available.

The pre-event tests were held on slippery, dry and wet tarmac, snow and ice - all of which are conditions that Monte-Carlo is capable of in a single stage. The efforts made confirm Citroën’s determination to up its game this season and quickly pass the milestone of a hundred WRC wins.

Understandably, as the defending six-time World Champion and winner of the Rallye Monte-Carlo for the last five years, Sébastien Ogier represents the team’s greatest hope of success at Monte-Carlo. The local hero, who has proven time and time again his ability to adapt to difficult conditions, has become an expert at reading the local roads and their countless variations in grip.

With only three appearances at this round, Esapekka Lappi does not possess the same experience as his French team-mate. However, building on his impressive performances in 2018 – during which he secured three podiums – the 28 year-old Finn is determined to keep improving in what will only be his second full season in the WRC.

Pierre Budar, Citroën Racing Team Principal: “Although Sébastien and Julien recognised a few familiar faces in the team, this wasn't the case for Esapekka and Janne, but they have still settled in quickly and smoothly. We used the off-season to prepare for 2019 in a composed manner, to learn from one another and enable the crews to get as used to the car as possible. At Monte-Carlo, it’s absolutely essential to feel confident in the car. As Sébastien and Julien are five-time winners of the rally, and finished first here last year, they will obviously be a force to be reckoned with. Esapekka and Janne are less experienced on these unusual stages and will undoubtedly be adopting a more gradual approach."

Olivier Maroselli, Citroën Racing Technical Director: “The C3 WRC has undergone some considerable changes since the 2018 Rallye Monte-Carlo, in terms of the dampers and the design of the suspension, and we now have a good understanding of the basic set-up. We worked on getting a car that was easier to drive, and which is therefore capable of adapting to the varied levels of grip that tend to be thrown up by this event. We tested on pretty much every condition: dry tarmac, snow and good quality ice, melting snow and slush. This meant we could analyse a wide variety of settings, such as cross-fitted tyres, which involves paying very careful attention to the set-up in order to ensure the car’s handling remains predictable. We also worked on set-up options that might be adjusted by the crews between stages on a loop, so I think we are well prepared for the rally."

Sébastien Ogier, Citroën Total WRT driver: “I had a wide variety of conditions during my three and a half days of testing, which was pretty good and enabled us to work on achieving the best possible set-up. The feeling was good, but it’s always difficult to estimate your level of performance for the first rally in a new car. I'm going to do what I’ve always done and trust my feeling. This is especially true because Monte-Carlo is a rally that you are more likely to win by driving intelligently, rather than on the limit, given how many places there are where you can get caught out. In any case, I’ve always done well here and I hope that my experience will help me again.”

Number of appearances at the event: 9

Esapekka Lappi, Citroën Total WRT driver: “I’m pleased with our tests as we were able to try out everything, apart from completely dry tarmac. With the team, we found a set-up that suits me and I felt comfortable in the car. Having said all that, the Rallye Monte-Carlo is still a huge challenge. It’s an event you have to treat with great respect, especially as it’s never really the same rally from one year to the next, given the way the conditions are constantly changing. I hope to have amassed enough experience in the past to be able to fight near the front. A top-five finish would be a good start to the season for me."

16 timed stages covering a total of 83km
43: the maximum number of Michelin tyres that may be used per car, chosen from 24 super soft-compound slicks (Pilot Sport SS6), 20 soft-compound slicks (Pilot Sport S6), 12 non-studded snow tyres (Pilot Alpin A41) and 24 studded snow tyres (Pilot Alpin A41 CL)
7 the number of wins recorded by Citroën at the Rallye Monte-Carlo (2003, 2004, 2005, 2007, 2008, 2012 and 2013)
1 hr 10 mins at the latest before the first car on stage, the safety crews (Simon Jean-Joseph-Jack Boyère for Sébastien Ogier / Julien Ingrassia and Mikko Heikkila / Jan Lonegren for Esapekka Lappi / Janne Ferm) are allowed to complete the stages. Equipped with a copy of their crew’s pace notes, they describe the condition of the road, something which is critically important at Monte-Carlo
RALLYE MONTE-CARLO SUMMARY

This year’s route, whilst more compact, actually spans five French departments – the Alpes de Haute-Provence, Hautes Alpes, Drôme, Isère and Alpes Maritimes – and once again promises to provide plenty of difficulties and uncertainty. In fact, almost 47% of the stages have been revised, whilst Thursday evening’s stages, held after nightfall, are completely new this year. The Valdrome – Sigottier (20.04km) and Curbans – Piegut (18.47km) stages, held on Friday’s leg, are also brand new for 2019.

With the weather always changeable at this time of year, where conditions can be radically different from one side of the mountain to the other, this year’s rally is set to be a huge challenge once again. Monte-Carlo is often described as being all about “tyres and drivers”. Perhaps more than anywhere else, it is critical to make the right call on tyres and to be genuinely at one with the car, so that it is possible to anticipate its reactions to the constantly changing grip levels provided by the roads.